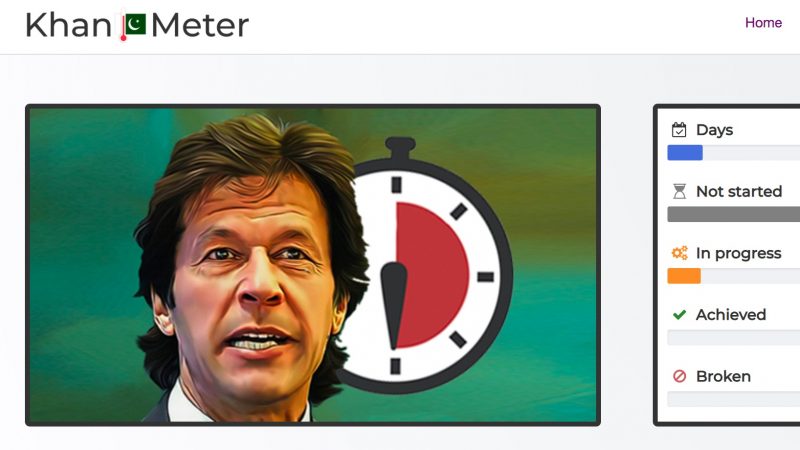 Screenshot from the Khan Meter website, a new site designed to monitor and track Pakistani Prime Minister Imran Khan's performance during his first 100 days in office.

Imran Khan was sworn in as Pakistan's new prime minister on August 18, 2018, after his party, the Pakistan Tehreek-e-Insaf (PTI) won the general elections on July 25.

On August 19, Khan gave a speech to the nation highlighting the first 100 days of his office and his five-year plan. He also announced government austerity measures to control expenses and improve the economy.

A widespread debate in Pakistan questions Khan's ability to deliver on his promises. In response, a young technology entrepreneur named Salman Saeed introduced the ‘Khan Meter,’ a digital tool to measure and record Khan's 100-day performance as the ruling PTI chairman.

Thirty-five points comprise PTI's 100-day plan. The Khan Meter will upload relevant data as soon as authentic news about the government's actions appears in print or online. When the new administration achieves a concrete action, the Khan Meter reflects this in its “achieved” section. The site uses Disqus, a global commenting system, to integrate comments with Facebook and Twitter, allowing monitors to delete posts that violate the site's ‘rules of conduct.’

If the Khan Meter project is successful and can secure more funding, Saeed plans to continue to monitor Khan's government for the full five years including any new promises added to PTI's agenda. 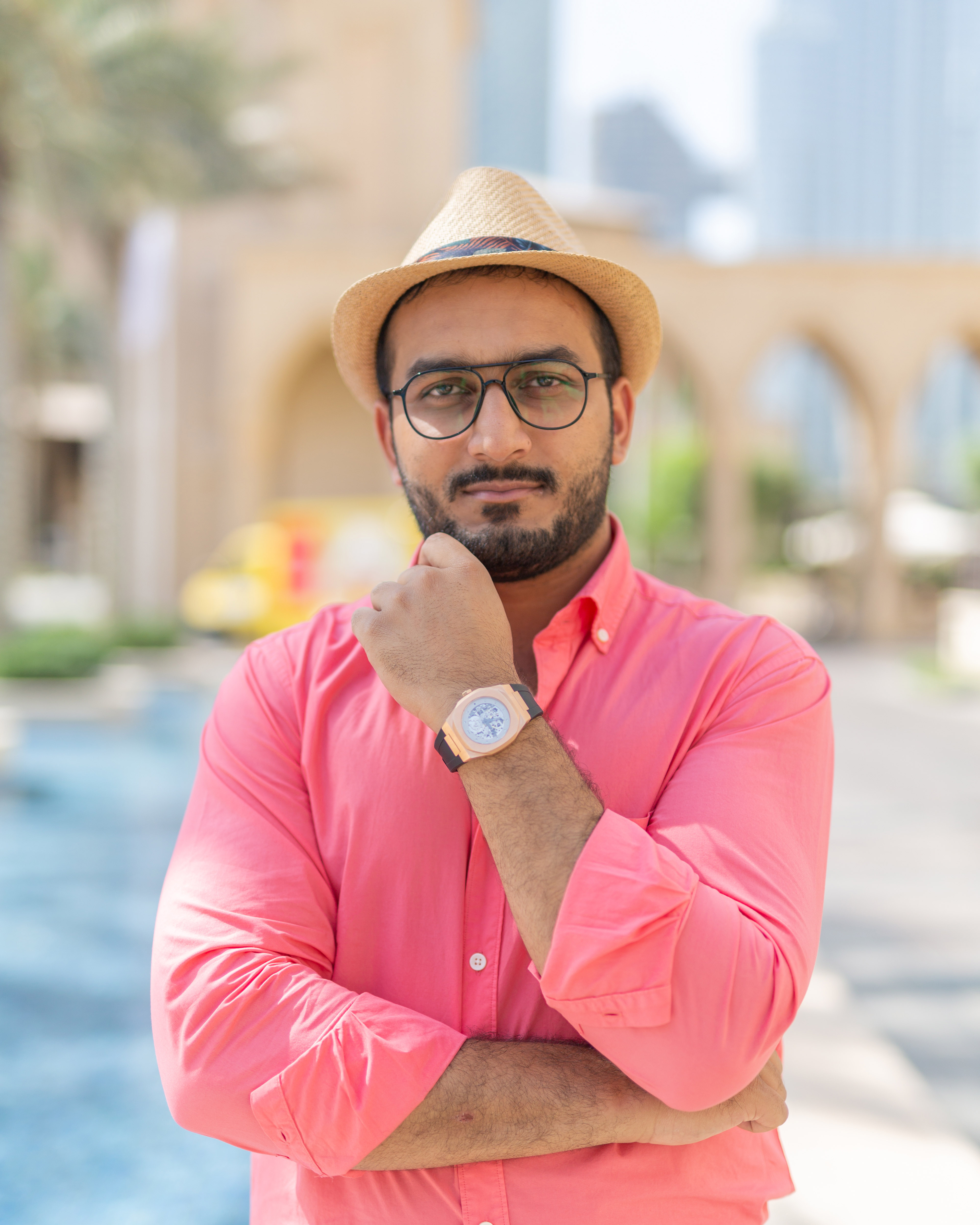 The concept resembles the Obama Meter (USA) and the Morsi Meter (Egypt).

Dubai-based entrepreneur Salman Saeed runs online ventures alongside his work as a mentor, trainer, and consultant focused on innovation, communication skills, and entrepreneurship.

Global Voices talked with Saeed to learn more about his Khan Meter project.

Global Voices (GV): How did you come up with such an idea?

Salman Saeed (SS): The inspiration came from Imran Khan himself, who introduced the concept of accountability in the public. In the past, we truly never had any idea of the promises these political parties made with us before we got them elected. If you go back and read their manifestos, you will be shocked how good those manifestos were and how bad they have been at their job by not following their own book. These manifestos are truly filled with such great plans to help our country prosper that if we stick to it, it's going to be truly fruitful for our country. This is why I thought at least this new guy brought so much HOPE due to his image that he should be pushed to stick to the book.

GV: Is there any political agenda or aim behind it?

SS: The kind of family I am from, politics has always been the least favorite of all fields. There isn’t any political agenda behind the initiative but one thing I have felt after developing this is that I can possibly help the new governance use my digital skills and help them develop tools to make sure their whole governance is being monitored for their performance and tasks. In simple words, I can help the new government in the civil services reforms they talk about.

GV: How resourceful will it be for the general public?

SS: The general public has been loving it so far since I bring the whole agenda to them in a more user-friendly way. As everyone has not read the 100 Days Agenda or Manifesto of Pakistan Tehreek-e-Insaaf. So this is really resourceful in the sense of educating them about what has been promised and how good the new governance is sticking to it.

GV: How have people responded? Have they engaged?

SS: At first people believed that I had a political agenda but slowly they have understood the whole objective here. People from overseas as well as in the country have been emailing appreciating the effort and offering if they can help in any way possible.

SS: If I get any proper support to continue it for the coming five years, I actually plan to continue it for the complete five years and then also do the same for the past 10 years and compare all the three parties on their performance by comparing the promises they completed and the standing of Pakistan in certain indicators used by global organisations to study a country’s standing.

GV: Has anyone contacted you from Imran Khan's party?

SS: No, no one has contacted me yet.

GV: How do you collect your data?

SS: I am keeping my eyes on the PTI accounts since they post every action that their new governance takes. Plus I keep my eyes on the news websites like Dawn and e-Tribune for each new action that take and compare it with their promised and how it affects them.

GV: Will this strengthen democracy?

SS: I think it already has. The Khan Meter has been a good addition to the reform of true democracy in Pakistan. This is a unique incident that someone who is a fan of the new government because of their image is not going to sit on the sidelines and be blind like the people have been for past so many years. It’s time to start monitoring our government, discuss where they went wrong as well as appreciate what they did right. It helps us think logically about the new government’s performance since we will be able to see that they couldn’t perform in just 20 percent of their promises and so we can give them credit for the successful 80 percent.

GV: Any message for our audience?

SS: Start holding your bodies accountable question their work, words, and attitude as they are public servants.

Just like ObamaMeter , #KhanMeter introduced to monitor performance of @ImranKhanPTI .? lets see what #KHANMETER will look like after some time. pic.twitter.com/so4jhZm5Bw