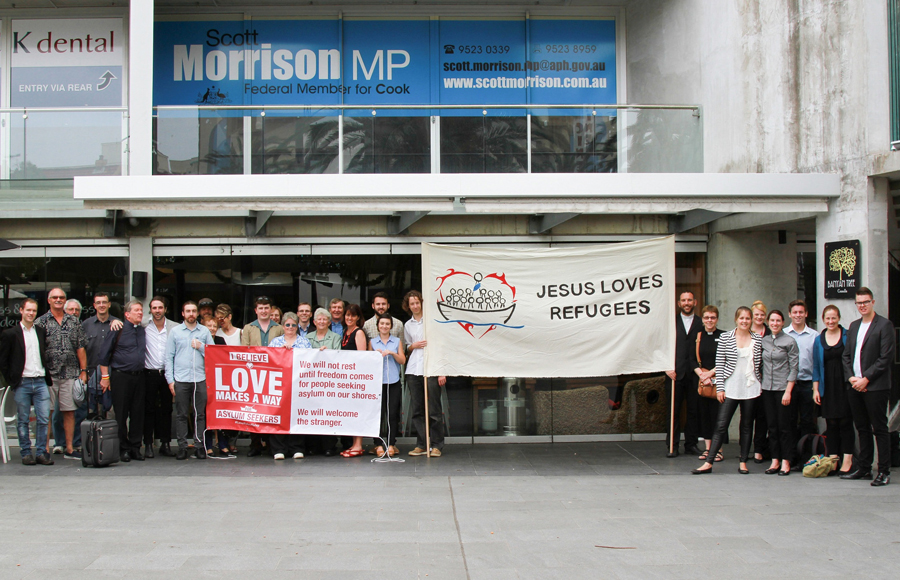 Prime Minister Malcolm Turnbull has been deposed in a bitter week of political infighting in Australia. His replacement, Scott Morrison, is the country's sixth PM since John Howard’s defeat in the 2007 general election. It was the fourth consecutive time that a prime minister has been toppled in an internal party revolt.

The dramatic events were brought about by the government’s inability to get support from backbenchers for its proposed National Energy Guarantee (NEG), the aims of which were to achieve reliable energy, lower power prices and a 26 to 28 per cent reduction on Australia's 2005 levels of carbon emissions by the year 2030. In fact, some Liberal parliamentarians wanted to pull out of the Paris climate accord.

In response, then prime minister Turnbull called a surprise secret ballot for the leadership of the government on Wednesday August 22, 2018, which he won by 48 votes to 35. The unsuccessful challenger was Home Affairs Minister Peter Dutton, who announced his resignation from the Cabinet — and his intention to pursue another tilt at the top job.

Chaos erupted: government ministers offered their resignations and key political figures switched sides. Citing his support of same sex marriage, one of Turnbull's ministers, Concetta Fierravanti-Wells, resigned from the ministry and accused him of ignoring the party’s conservative base, but not all of her Liberal colleagues agreed.

In an unprecedented move, Turnbull responded by demanding the signatures of a majority [43 members] of his Liberal party room before he would call a special meeting. The party room comprises all Liberal Party members of both the House of Representatives and the Senate.

Turnbull also referred Dutton’s constitutional eligibility as a member of parliament to the Solicitor-General for his opinion, a sideshow that proved inconclusive:

According to the Solicitor-General, Peter Dutton ‘is not incapable’ …
Don’t you just love a double-negative before your first coffee of the day? #LibSpill

Following the PM’s declaration that he would not be a candidate if the meeting passed a spill motion, Scott Morrison, the party's treasurer, and Julie Bishop, who served as both foreign minister and deputy Liberal leader, declared that they would be candidates if that happened. Both were Turnbull supporters.

Despite his being regarded as a divisive politician with little popularity outside his crucial home State of Queensland, mainstream media predicted a Dutton victory. As the minister responsible for immigration, he angered many Australians who saw his treatment of refugees and asylum seekers as harsh and heartless. In particular, the plight of offshore detainees on Nauru and Papua New Guinea’s Manus Island has been very controversial. One detainee, Iranian journalist Behrouz Boochani, tweeted several times during the week about how he saw the minister’s role:

While Peter Dutton is runing for PM, another 12 year old on Nauru is fighting for her life. This girl should be in school now not on the hospital’s bed. This is the reality of Australia, not Dutton’s smiling face on the national Tv.https://t.co/khGT48ea6r

Dutton was the spearhead of the conservative right of his party, many of whom were against the NEG. Instead, they support coal-fired power and oppose climate action and emissions targets. Dutton has been attacked as a puppet of former PM Tony Abbott, whom Turnbull replaced as PM in a party room vote in 2015. Theirs is a long-standing rivalry: in another internal coup back in 2009, Abbott deposed Turnbull as opposition leader over a proposed emissions trading scheme.

I hope history will record that it was @TonyAbbottMHR whose vengeance permeated the failed Dutton #libspill. He wrecked the Gillard Government, his own Government, & the Turnbull Government. Surely this is the story of the week. How one man has trashed 3 Prime Ministers. #auspol pic.twitter.com/rd09koM98H

Actor Rhys Muldoon, meanwhile, articulated how many voters were feeling:

Tony Abbott just blew up the Liberal Party. His nincompoop sidekick, Dutton, was just the hand grenade. The hatred in that party room could be an alternative energy source. #auspol

It wasn't just prominent journalists and political commentators who interpreted the Dutton challenge as revenge by Abbott supporters — other Liberal parliamentarians held similar views about the former PM and his party allies.

With Dutton’s defeat by one of Turnbull's own supporters, it seems that the besieged PM outmanoeuvred his opponents and had the last laugh. In 2015 the Abbott camp felt betrayed, believing that Scott Morrison had not backed him wholeheartedly, despite being a Christian conservative.

There was a further twist: when Julie Bishop did not stand for deputy leader, her replacement was Josh Frydenberg, the minister responsible for the aborted National Energy Scheme.

Some Twitter users mocked both Turnbull and Dutton. Earlier this year, both men had accused Victoria's state government of not addressing alleged gang violence by African youths in the state's capital, Melbourne, with Dutton even suggesting that people were scared to go out to restaurants:

People are too scared to go out to dinner in Canberra. There are gangs of old white men with blue ties stabbing each other in the back. They should go back to where they came from. #libspill #Dutton #Turnbull #LiberalParty #auspol

It was not lost on asylum seeker supporters, however, that Scott Morrison was the architect of Tony Abbott’s stop the boats policy:

We do forget how bad Morrison was in his vile cruelty towards asylum seekers. His religious beliefs mean nothing when it comes to desperate people struggling for a safer life from war.

Despite the change in leadership, it just seems to many Australians that they will simply be getting more of the same. New Greens Senator Mehreen Faruqi tweeted:

Morrison as Prime Minister is more of the same handouts to corporation, failure on climate change and cruelty to asylum seekers.

Environmentalist Sam Regester from the activist group GetUp was much harsher:

Reminder Scott Morrison is every bit as evil as Peter Dutton, but just looks less creepy. His cruelty as Immigration Minister was unimaginable.

Kyle Bolto summed up the overwhelming reaction of Australians in this tweet:

A pox on all their houses! Seriously, this is getting embarrassing to explain to people when overseas. #auspol #libspill

Voters agree on one thing: prime ministers should be allowed to govern for their three-year term and be removed by the electorate rather than their parliamentary colleagues:

Since I have been allowed to vote not a single prime minister has lasted a full term… What a joke. Funny how they call young people snowflakes and entitled when they are the most emotional, inconsistent and self serving lot in this whole country. #libspill #auspol

It's an old cliché that a week in politics is a long time — but considering that a federal election does not have to be held until the middle of 2019, it may well seem an eternity until the voters get to decide who leads them.

You can follow the continuing fallout on Twitter by searching for the hashtag #libspill, or the new PM's nickname, #ScoMo.