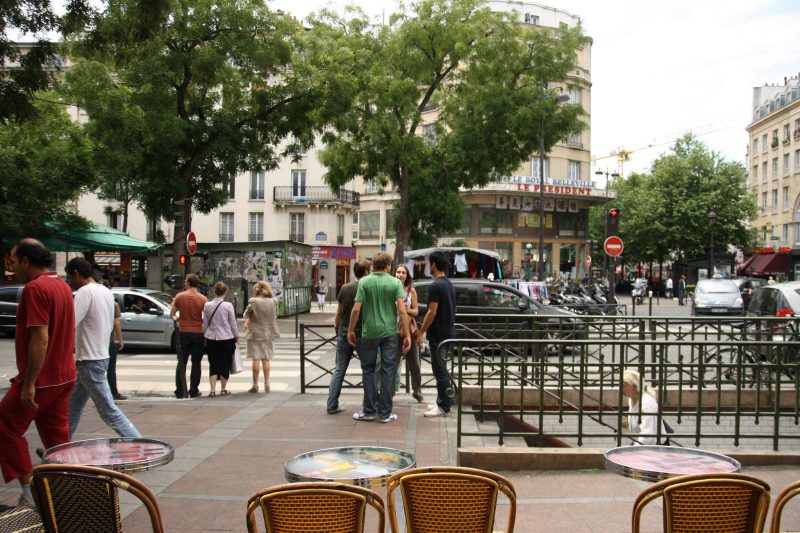 The fact of repeatedly imposing on a person remarks or actions that have a sexual connotation and that affect such person’s dignity because of their degrading or humiliating nature or that create an intimidating, hostile or offensive environment for such person. [Article 621(1)1]

In the United Kingdom, journalist Libby Brooks celebrated the passing of the law:

New French law to outlaw street harassment sets the bar. Shame that @PoliceChiefs chose not to record misogynist hate crime across the UK earlier this month, but perhaps its time for Westminster to act now? https://t.co/FYrrDsTgZh

Manal Faheem Khan, a Pakistani journalist and founder of the feminist platform Laraka Larki, called for a similar law in Pakistan:

France just passed a law in which catcallers can face on-the-spot fines upto $870! Can we please have something like this in Pakistan? Why isn't catcalling a crime here ?

When will this happen in Chile? France now has a law against street harassment after a video of a female university student being attacked went viral.

In France, the “catcall” law is called into question

French activists have criticized the law, pointing to its many deficiencies and problems.

On Vrai-Faux (a radio program), Journalist Geraldine Woessner discussed the ineffectiveness of similar laws adopted in other European countries like Portugal, where there has not been a single conviction since 2015. She points to Finland, where out of 550 cases in a year, only 31 fines were imposed.

Police also have doubts about the law's enforceability. In an interview with Le Figaro, police officer and union representative Linda Kebbab questions how “already-swamped police officers” would be able to catch a “sexist outrage” in the act:

The idea that we will be able to patrol for this kind of offense is totally idealistic.

In fact, Madmoizelle.com emphasized that police are part of the problem, as revealed on Paye Ta Police, a Tumblr site that tracks sexual harassment testimonies:

Screenshot of an anonymous post on Paye Ta Police on Tumblr

Coming back from a festival in Brussels with my boyfriend and a friend of his. Passing by a group of young guys, one of them says something to me and my boyfriend reacts. Two policemen arrive, my boyfriend explains the situation, and one of the cops casually comes out with this.

In September 2017, Anais Bourdet, founder of Paye Ta Shnek (a Facebook page that collects sexual harassment testimonies), pointed out several flaws in the bill including the burden of proof, fear of confrontation, and potential racial profiling.

Fifteen researchers also spoke out against criminalizing street harassment in an opinion piece published in Libération, arguing that a specific bill for catcalling distracts from the larger challenge of adequately prosecuting crimes such as rape and sexual assault.

After the law was passed, the association Stop harcèlement de rue [Stop Street Harrassment] criticized a missed opportunity to work toward “a policy of prevention, education, and training aimed at returning public space to women.”

In France, as in the U.S., police forces have brutalized and killed black men with impunity, making communities of color wary of giving officers of the law more reasons to make arrests. In all likelihood, police officers and prosecutors will disproportionately enforce any street-harassment law against men of color, as they do with every other civil and criminal offense.

In October 2017, the Muslim feminist platform Lallab published an article entitled “8 reasons to oppose the criminalization of street harassment,” including the danger of racial profiling.

They pointed out that street harassment is often associated with low-income racial minorities who have already been “heavily criminalized, surveilled and brutalized by the police.” They worry that this law could trigger the deployment of police to enforce the law in “working class neighborhoods, reinforcing police surveillance of the populations that live there.”

We refuse to let feminism be used to reinforce the French government’s tendencies toward racism and over-policing.

Queer and Trans Révolutionnaires [Revolutionaries] (QTR) and the Afro-feminist collective Mwasi voiced their opposition to the law, citing that police frequently dismiss women's testimonies of rape and sexual assault. The group questioned how “profoundly sexist, racist homophobic, and transphobic” police will ultimately “be in charge of penalizing street harassment.”

Beyond harassment, the law disappoints

Other measures of the law — particularly sex crimes against minors and limitation periods for reporting rape – have also been opposed by feminist groups.

[T]he text of the law, accompanied by large amounts of communication, turns out to be empty.

The Fondation des Femmes (the Feminist Foundation) echoed the sentiment in a press release, calling the law an “ultimately disappointing text.“

Concerned activists have organized #NousToutes [all of us women] on social media with plans for a “feminist surge” on November 24, 2018, the eve of the International Day for the Elimination of Violence Against Women.