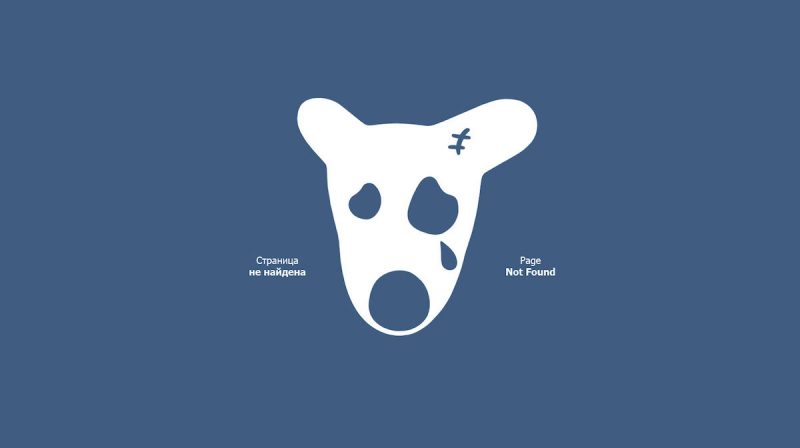 After news broke of VKontakte users getting fined and jailed for resharing memes, the Russian social media giant has announced some changes to its privacy policy. Activists, however, remain skeptical as the company has been catching flak for readily supplying information to Russian authorities on their users when requested.

As the largest communication platform, VKontakte is obligated to comply with Russian laws and help find real criminals, but we are categorically against groundless persecutions for publications on the Internet.

Currently, any user can share a post which then appears in the user’s feed, thereby increasing the post’s reach. Several infamous prosecutions for meme-sharing are based on this very function — sharing someone else's offensive meme have been grounds enough for prosecution. Once a post is shared, a list of everyone who shares it is visible. Rogozov says this list will soon only be visible to the original author.

This suggests that Russian authorities were using the list to track users’ posting activities. However, given VKontakte’s demonstrated willingness to hand over this information, it remains to be seen how this new measure will protect users from prosecution.

Another proposed change is the ability to make one’s profile private and accessible only to friends. Right now, anyone logged on to VKontakte can view various aspects of another’s profile such as timelines, regardless of privacy settings.

While some users welcome these changes, others feel that it is too little, too late and that it sidesteps the issue of providing information to authorities behind the scenes. Commenters on VKontakte and Twitter blasted Rogozov’s announcement:

“VKontakte” announced “the most important privacy reforms in recent years”, which they’re prepping to release in a month. It’ll be possible to make profiles open only to friends and cops.

VKontakte employees have not been spared in the blowback. When one of their designers tweeted an innocuous anecdote about his mother, users seized upon it to shame him for working at the company.

Maksim Kats, a Russian opposition figure, also joined the fray, saying it was shameful to be working for a company that actively works to jail people. The official VKontakte Twitter account intervened, hoping to distract users from targeting their designer:

We won’t tolerate the bullying of our employees. If you have questions for VKontakte, write to this account, we have nothing to hide, we’ll answer any questions.

Kats immediately took them up on their offer, tweeting several questions about the company’s backroom dealing with the Russian security services.

One question referred to assertions made on Telegram, a popular messaging and social media app, about how employees of Mail.Ru Group, VKontakte’s parent company, not only share information but also testify against users at trial.

Question number two: How many times have you challenged the security services in court over their demands to hand over user information? You have that right.

VKontakte evaded the question, saying they would make the whole process more transparent in the future.

His third question was about an official VKontakte email address seen in court documents showing exchanges between the company and security service officials. Kats wanted to know if they were using this email informally to hand over information to the authorities.

VKontakte refuted these claims, saying they require official documentation after receiving requests from the authorities by email. Without these documents, they added, the request goes unanswered.

Kats pressed further, asking how many requests go unanswered, and the VKontakte account stated that statistics would be available in an upcoming report. Kats continued unassuaged, urging them to share this information immediately, which they did not.

His last question was why users were not notified when the authorities requested their data.

VKontakte answered that they were forbidden to share any material related to preliminary criminal investigations by Article 161 of the Russian criminal code. Kats and other users wrangled with VKontakte over legal terminology, pointing out that the majority of the requests in meme cases were actually part of a pre-investigation probe and were therefore not subject to confidentiality under Article 161.

This tense public exchange left many unimpressed. Lentach, a Russian news aggregator, summed up the Twitter exchange like this:

“VKontakte” answered questions about working with investigators, but nothing was cleared up.

Meme captions: “Awkward questions” on the arm, VKontakte logo on the dog

As the company’s public image falters, statistics provided by Liveinternet, an internet traffic analyzer, show that traffic to VKontakte has been steadily declining since the end of 2016. Stats for 2018 undo the previous year’s modest increase. VKontakte denies these stats. The user who initially discovered these stats later reported that they were no longer accessible because VKontakte had seemingly blocked access by requiring a password.

The social media giant is in full damage control mode, and it remains to be seen if these overtures toward transparency will translate to real measures. Their defensive, evasive stance indicates otherwise.