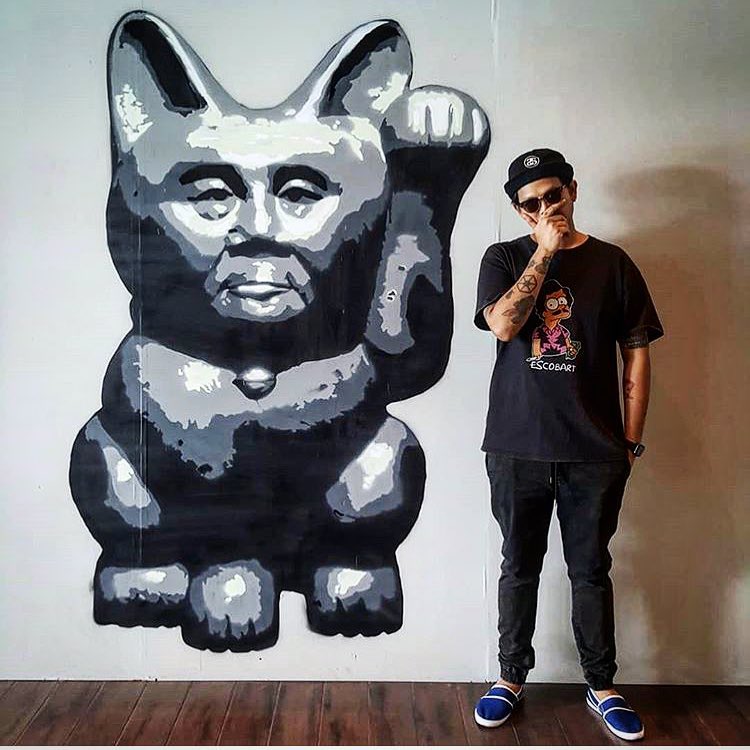 Headache Stencil posing in front of a portrait of Thailand's prime minister shaped in a maneki-neko cat. Source: Headache Stencil, used with permission.

Through street graffiti and murals, the masked artist Headache Stencil has been depicting Thailand's ongoing clamor for democracy and reforms.

When the military grabbed power in May 2014 and subsequently drafted a new constitution reinforcing a military-backed government, they vowed to restore elections and civilian rule, but this has yet to be realized.

Headache Stencil started making graffiti after the 2014 coup. In an interview with Art Whore, a website documenting underground pop art, he explains how he got started:

[I] really do ‘art’ on the day military made coup in Thailand. Really angry of soldier on that day. Then go out to make graffiti.

In another interview with Hong Kong-based newspaper South China Morning Post, he explained why he chose the name ‘Headache Stencil’:

I’ve called myself Headache for a reason, bro…I want to give some [powerful] people a headache.

If people see my work and start noticing that things aren’t fair, I’ve achieved my aim.

He believes Thai artists have a duty to reflect the deterioration of life under Junta [military] rule. In an interview with The Nation, Thailand’s major English-language daily, Headache Stencil said:

My art reflects dictatorship, corruption and the loss of freedom in our society. It’s the artist’s most important role to mirror society’s illnesses and tell the world what Thailand is now facing under military junta rulers.

Early this year, he said he was hunted by the police for his graffiti mocking the country’s deputy prime minister who was exposed of possessing more than a dozen Rolex watches: 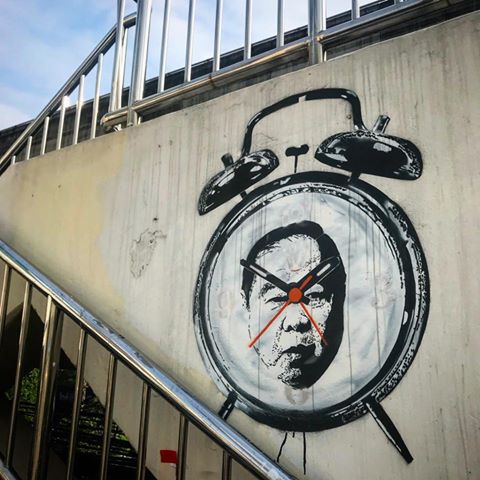 Headache Stencil used the familiar icon of the alarm clock to contrast it with the luxury watches of the deputy prime minister. It also symbolizes the extended time of the army as head of the government and the necessity to be ‘alarmed’ with the situation by ending the dictatorship. Source: Headache Stencil, used with permission.

His ‘Black Panther’ graffiti trended in the news after authorities whitewashed it. The graffiti refers to a report about a prominent tycoon who was caught poaching wild animals, including a black panther. Headache Stencil drew a panther on a wall and a mute button symbolizing the concern of many that the case will be eventually disregarded by the government: 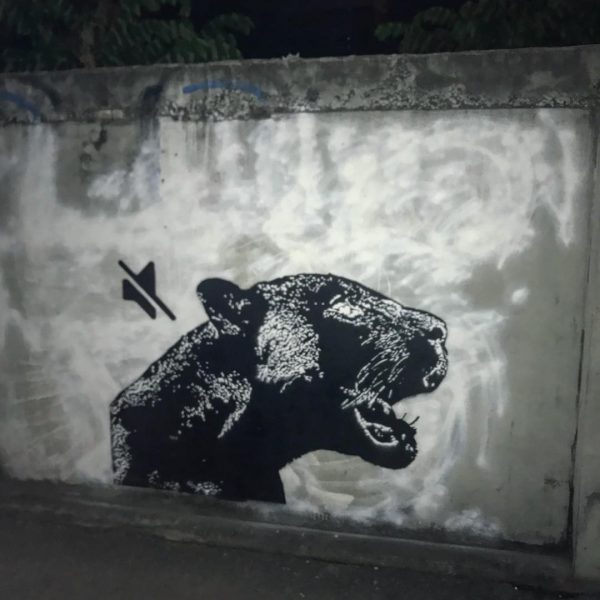 Below are some of Headache Stencil’s street artworks highlighting the prolonged military rule and the repeated cancellation of open elections: 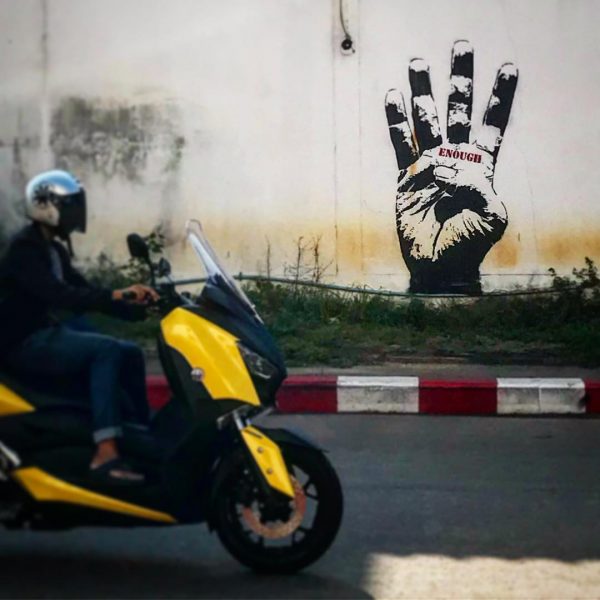 “Fourth year of Thai Military rule. Where is democracy? We miss you.” Image and caption by Headache Stencil, used with permission. 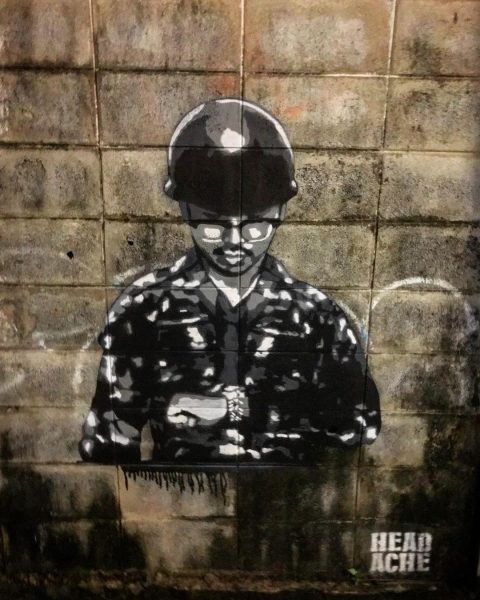 “How long u will be government huh? Wanna postpone the election again???? Please… this is too long.” Image and caption by Headache Stencil, used with permission.

Headache Stencil created this poster below after the government banned the distribution of a Time magazine edition which featured the story of former army leader and the incumbent Prime Minister Prayut Chan-o-cha: 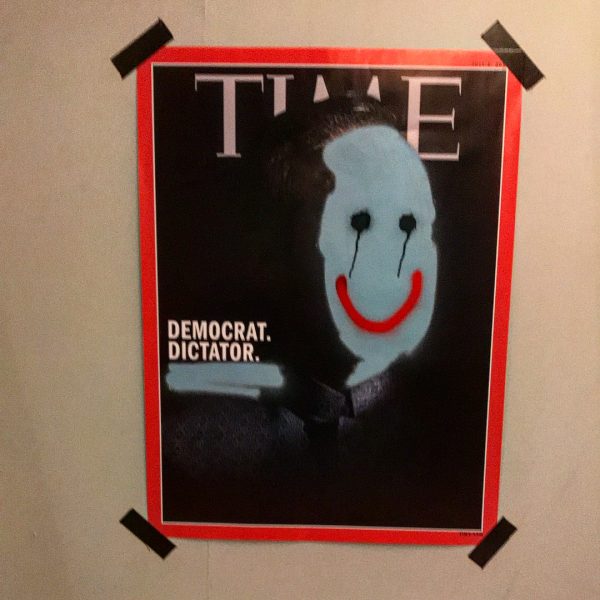 In this recent video interview with Singapore-based news website The Online Citizen, Headache Stencil digs deeper into the challenges and motives of working as a political artist and activist: