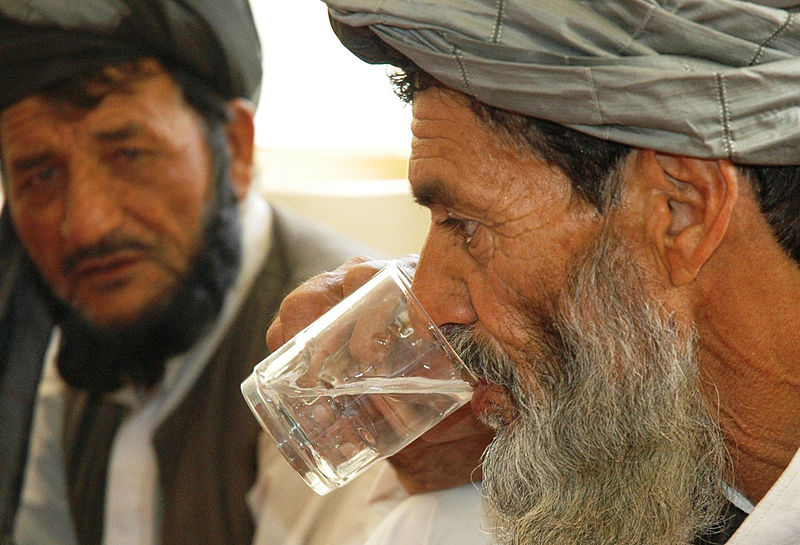 Landlocked Afghanistan wasn't always short of water. Historically the valleys in this part of Asia were agricultural heartlands that hosted rushing rivers fed by abundant glaciers. Now, things are changing.

A hot, dry summer has exacerbated a severe drought that has affected northern and western Afghanistan in particular. [1] Some say it is the worst drought that these regions have faced in several decades. In regions such as Balkh, Ghor, Faryab, Badghis, Herat and Jowzjan, farmers have been put out of work due to a lack of water to irrigate crops.

Groundwater levels have declined sharply in the capital Kabul in recent years. The U.S. Geological Survey said [2] that the groundwater level in Kabul declined by an average of 1.5 meters per year between 2004 and 2012. Weak regulation of privately owned water pumping stations means that there are few possibilities to control consumption. All groundwater in the capital will go dry [3] in the next 10 years, Afghan officials predict.

The rainfall that would replenish such supplies is growing less frequent, while potential solutions to the problem — dams and water treatment plants — are typically very expensive.

Today talked to farmers-owning onion farms- in east of #Kabul [4]. Dropping underground water to its lowest level in the past years shapes chief of the challenges they are facing with. #Afghanistan [5], #Drought [6]. pic.twitter.com/z6QAH0c44z [7]

#WaterMatters [9] ~ “Ten metropolitan cities of the Global South are on the very edge of water crisis. These are Sao Paulo, Buenos Aires, Mexico City, Sanaa, Karachi, Kabul, Beijing, Bengaluru, Istanbul, and on our own continent, Nairobi. In addition to… https://t.co/HuxWCtW4dg [10]

The nearly half century of war in Afghanistan has wrecked infrastructure, including water-carrying infrastructure. In Kabul, private citizens took over the government's responsibility to provide safe drinking water.

Still, it is estimated that 80% of the 6 million population of the city lack access [12] to potable water, while according to a study by German Federal institute for Geoscience and Natural Resource, 59% of the water in the urban areas of Kabul is contaminated [13] with bacteria.

Because of a lack of reservoirs, canals and dams, only 30-35% of the water coming out of the mountains of the country stays in [12] Afghanistan, while the rest goes to neighbours.

Solving Afghanistan's water crisis nationwide could cost [12] as much as $11 billion. Donor fatigue meanwhile has meant a reduction in aid [16] to the country rather than an increase. Security challenges are also a disincentive to building infrastructure. In 2017, the India-sponsored Salma Dam in the western Herat Province was attacked [17] by the Taliban with 10 Afghan army soldiers killed in the clashes.

A changing climate and a fast-growing population

Despite making a negligible contributions to the massive energy and industrial consumption that has driven global warming, Afghanistan is already living face-to-face with the consequences of climate change. 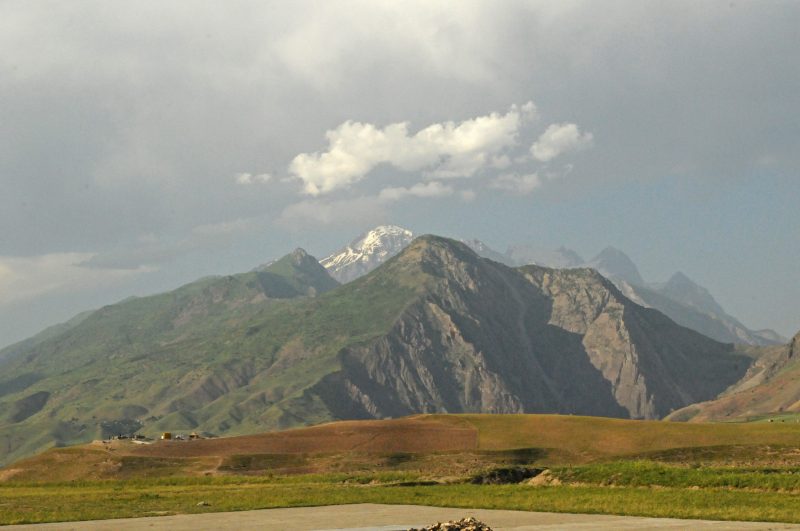 Lack of rain and snowfall in the winter have been compounded by high temperatures in the summer. Scientists have warned that higher average temperatures will quicken the retreat of strategic glaciers that are already shrinking. With the possible exception of the Panjshir Valley and a few other areas of the country where water remains plentiful, Afghanistan is racing towards desert status.

A fast-growing population only compounds the problem. Today Kabul is a dust-coated city of over five million people that only has the infrastructure to support a population [19] a fifth that size.

By 2050, Kabul’s population is expected [20] to reach 9 million, making it the fifth fastest-growing city in the world. Refugees are returning. People are fleeing the threat of insecurity in the countryside. In total, more than 80% of the population lives [21] in unplanned settlements. Many of these residents buy water from well-diggers or attempt to dig wells themselves.

Afghanistan's Central Statistics Organisation has predicted [22] that the country’s population as a whole will reach 43 million in the next 20 years from 37 million at present, adding to the existing to the stress on precious water sources. For the moment, there are plenty of warning signals and no positive developments in sight.

High risers going up everywhere in #Kabul [4] — despite insecurity– like much of the rest of rising #Asia [23]. But my key concern is a lack of #urban [24] sewage system & fast depletion of surface #water [25], aside from our national vulnerability to the adverse effects of #climatechange [26]. @UN [27] pic.twitter.com/hHB4Vq0F6G [28]