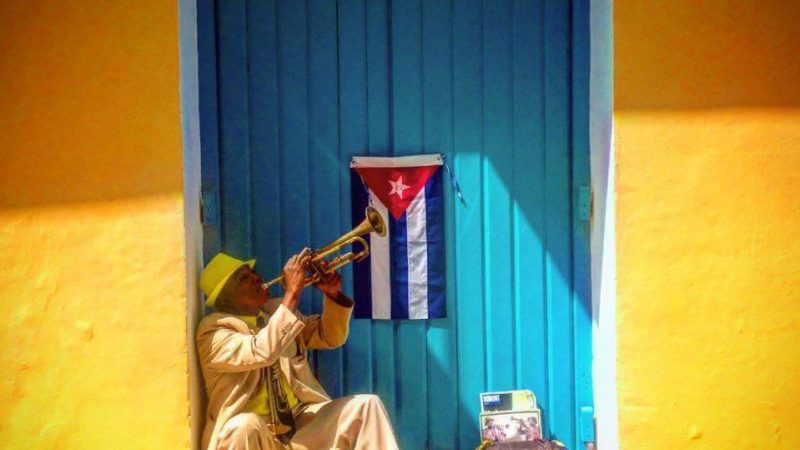 Cuban artists and activists face growing concern over limits to freedom of expression with the implementation of Decree 349, a law that aims to regulate cultural and artistic activities, including book sales. The decree was approved in January 2018 and will go into effect by December.

The controversial decree requires artists to secure affiliations with official state institutions as their sole funders. It also outlines which authorities have the power to enforce the decree, including potential sanctions applied when violations occur.

Likewise, Decree 349 allows for fines and seizure of instruments, equipment and other property used in the infringing activity. Artistic events may face immediate shutdowns if deemed in violation.

The decree criminalizes actions that violate “human dignity.” Any content seen as discriminatory based on race or sexual orientation will become punishable by law. Violent images will also be scrutinized.

Since its publication in July, several Cuban artists have strongly opposed it, especially those associated with independent workshops and community projects as well as those in opposition to the current government. Many independent artistic projects that currently thrive thanks to crowdfunding online worry that the new law will complicate their livelihoods.

One of the most frequently used arguments is that this decree will limit the creativity of independent artists and open the door to governmental censorship and directives against content considered contrary to the government.

Various campaigns against Decree 349 have taken place concurrently with discussions about the proposed new constitution for Cuba. For many, however, these discussions have diverted attention away from the protests against the decree.

The campaign seeks to collect the minimum 10,000 signatures required by the current constitution for a law to be reconsidered.

Meanwhile, the activist platform Avaaz has joined the debate with a petition and open letter about the decree's legitimacy. The letter expresses concern for the future of art and culture in Cuba if only state-run organizations are authorized to grant permission for artistic events as well as decide who finances them:

Today, crowdfunding provides new sources to support the artistic projects of our friends. […] The fact that a Cuban artist can self-finance their creations doesn't make them a dissident — millions of people throughout the world have benefited from new technologies to disseminate their work beyond the established cultural institutions.

The open letter calls attention to some of the decree's vague legal parameters such as: “content injurious to ethical and cultural values will be punished.” Addressed to Cuban President Miguel Díaz-Canel, and the new Minister of Culture Alpidio Alonso, the letter has been signed by artists and intellectuals such as Tania Bruguera, Laritza Diversent, Coco Fusco, Yanelys Nuñez and Enrique del Risco.

Concerns stated in the letter were also shared by Cubalex, a human rights organization:

Independent artists or those who do not have associations with state institutions or groups from civil society will see themselves doubly discriminated against because their forms and means of expression are perceived by the state as a challenge, or an expression of political opinion.

Questions have emerged regarding the decree in religious spaces where artistic activities take place. Such is the case with Rule of Osha, a series of dance and music rituals found in Santeria, a widely-practiced religion in Cuba.

Your censorship is in the closure of concerts that you shut down.

It was always there, you only legalized it.

Then you accuse us of politicizing art,

What did you do when you put in the constitution sanctions for the artists?

Stop already with the repression whose list keeps on growing.

In favor of the decree, Jorge Angel Hernández explains his point of view in La Jiribilla, a pro-government magazine:

The opposed reactions to Decree 349 coincide, as it happens, to focus on presenting a future chaos of censorship and repression. They announce the apocalypse and protect, without much subtlety, the sources of interfering financing that will allow them to achieve several levels of prominence in the international public spectrum.

Controversy over the decree has led to confrontations between artists and the government. Artistas Cubanxs en Contra del Decreto 349 (Cuban Artists against Decree 349) scheduled two concerts for August 11 and 15 to publicize their movement against the decree, but the National Revolutionary Police shut down the event and arrested a few artists. Diario de Cuba recorded the arrests and shared the footage on its YouTube channel: