Netizens flood the internet with support for monsoon victims in Kerala, India 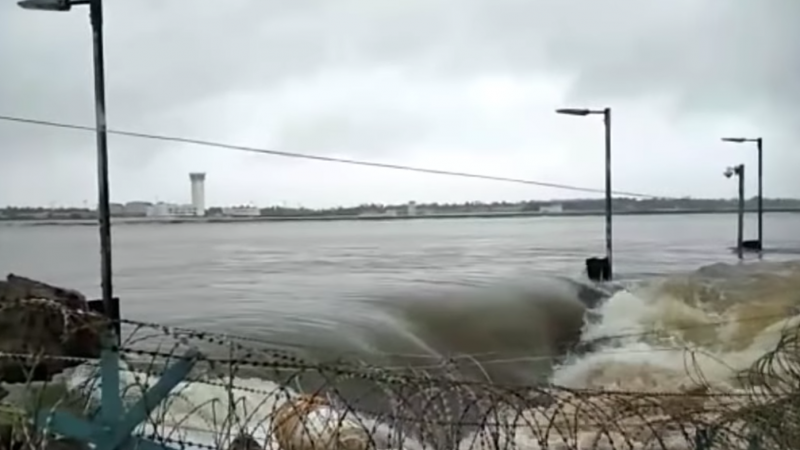 India's southwestern state of Kerala is facing its worst flooding in 100 years. The death toll has risen to nearly 400 while many still wait for rescue.

More than 800,000 people have been placed in approximately 4,000 relief camps across 14 districts. As flooding continues to wreak havoc for two consecutive weeks, call for prayers have transformed into calls for help, action, and support.

This Youtube compilation video by TLOI Academy depicts the severity of the disaster:

Many victims trapped by the heavy rains have already received support from people from all around the world thanks to organizations who have rallied volunteers and donors to activate donation pick-up points in cities including Mumbai, Delhi, Pune, and Bengaluru.

Using social media to promote and spread awareness, they are calling for collections of food supplies, toiletries, baby products, menstrual kits, and dry clothing. This campaign received a boost from social media celebrities, film actors, and comedians who sent appeals for generous support.

Calling all my friends in #Bangalore for support! Our friends are collecting these items on Tuesday and Wednesday to distribute it to various relief camps in #Chengannur! Please spread this! @twtnishad #KeralaFloods#StandWithKerala#KeralaFloodRelief pic.twitter.com/A02JMGjmlE

Netizens have been using Facebook's Fundraiser tool to raise money for the Kerala Chief Minister’s Relief Fund, while platforms such as PayTM and Amazon.in have initiated facilities to enable users to donate too:

We are happy to share that we have crossed INR 30 Crore in contributions in under 4 days, from over 12 lakh Paytm users for #KeralaFloodRelief ?

As reported in Global Voices, Google tracking software allows rescuers to locate victims by highlighting locations where rescues are needed:

Our thoughts are with those in Kerala. Help track missing people with #personfinder: https://t.co/8EECLFpCqv #KeralaFloods pic.twitter.com/mo9VM3Uph4

Some organizations released online forms asking victims to identify which essentials supplies they needed along with details on where those supplies could be delivered.

Buzzfeed’s Dialogue produced a video explaining ways to help those trapped and affected by the floods in Kerala.

Kerala's flood heroes: Meet the team that managed an 8000 strong relief camp in Aluva. No power, not much food, no water. How did they manage? https://t.co/mpVvdrwvQf

As the death toll continues to rise, organizations and individuals have made efforts to save pets as well. The Humane Society International, an animal welfare group, has put up posts asking people to inform them of locations where animals are trapped in Kerala so that rescue teams can find them:

No act of kindness, no matter how small, is ever wasted. – Aesop #KeralaFlood pic.twitter.com/rFv2MgkX6G

Kerala fishermen have been providing boats during rescue operations. In a tweet, the Office of Chief Minister of Kerala declared that these fishermen would be remunerated including the cost of damages:

CM Pinarayi Vijayan announced that the Government will honor fishing workers who were part of the rescue mission. All boats will be granted ₹3000 for each day of their work. The government will also bear the repairing costs of boats damaged during the mission. #KeralaFloods

The Indian government declared the floods a “calamity of severe nature.” As the Kerala state government continues to rescue the thousands yet stranded, they have also begun rehabilitation efforts for those rescued and now displaced.

Tuesday, August 14 saw the first commercial flight landing on the Cochin International Airport airstrip after two weeks of slow-down and shut down of air traffic. Certain airline companies have arranged relief flights from the naval base in Cochin.

The subsiding of water from surrounding areas has left an onslaught of debris and waste accumulated acrosses bridges and roads.

Just as Kerala's rains have begun to dissipate, fake news and fake donation websites have cropped up, adding to the confusion of properly delivering aid to those who need it most.

In a widely circulated video, a man dressed in army fatigues claims to provide information about military rescue operations carried out in Kerala. The Indian army's Directorate General of Public Information released a tweet explaining that the man is not an official army officer and that the video has been spreading false information:

Kerala is striving together as a fraternity to overcome the catastrophic flood. However, we have noticed that some are trying to malign this great effort with misinformation in the form of fake messages on social media. #KeralaFloods pic.twitter.com/1dVXF0gyot

While rescue operations are underway, the Indian Meteorological Department has lifted red alerts from most of Kerala state. Rain has receded in certain areas but weather forecasters predict downpours will continue in four districts throughout the week.

That smile ! :) With a confidence and poise!
He has lost everything,
But still believes
He can stich together,
A new life ! ? #KeralaFlood pic.twitter.com/3gzMWqgGiG