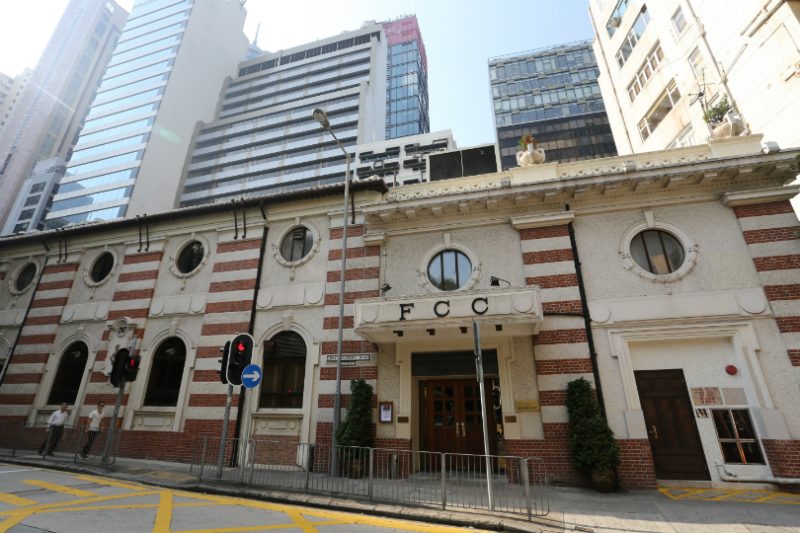 This post is a roundup of reports published between August 4 -10, 2018 on Hong Kong Free Press [2]. The republication is based on a partnership agreement.

A recent war of words between Hong Kong's former chief executive and the local Foreign Correspondents’ Club shows how Beijing is forcing Hong Kong journalists, both local and international, to toe its political red line.

The incident began when the Foreign Correspondents’ Club (FCC) announced on July 30 [3] that political party leader Andy Chan Ho Tin would be giving a talk at the Club on August 14, entitled “Hong Kong Nationalism: A Politically Incorrect Guide to Hong Kong under Chinese Rule”.

Hong Kong is a special administrative region [4] of China with more economic and personal freedoms than the mainland, a set-up known as “One Country, Two Systems.” In recent years, Beijing has pressured Hong Kong to pass new laws that strengthen the “One Country” part of the principle.

Soon after, a representative from the Office of the Commissioner of the Ministry of Foreign Affairs of China in Hong Kong visited the FCC and urged them to reconsider the decision.

Chan is the convener of the Hong Kong National Party [5] (HKNP), which advocates for Hong Kong's full independence from China. Last month, the Hong Kong police society registration department issued a legal recommendation to the Security Secretary [6] to ban the HKNP as a political party. Citing the Section 8(1)(a) of Hong Kong's Societies Ordinance, the department said this would be “in the interests of national security, public safety, public order, protection of freedom and rights of others”.

Upon reviewing HKNP's past activities and Andy Chan’s talks, police authorities concluded [7] that HKNP was a threat to national security. The recommendation stated:

Police handed Chan a 900-page dossier [8] detailing his and the party's activities and articulating their proposal to ban the group. Chan must respond to the dossier by September 4.

The visit to the FCC by China's Foreign Ministry was not necessarily an indicator of any problem. Media organizations in Hong Kong are accustomed to receiving “political advice” from Beijing representatives.

But tensions began to escalate when former Hong Kong Chief Executive Leung “CY” Chun-ying [9] stepped in [10] and slammed the FCC for crossing a so-called “red line”:

In response to CY Leung's comment about the “red line”, Victor Mallett, the first vice president of FCC, reinstated the value of free speech.

Leung then issued an open letter [11] on Facebook, in which he compared the hosting of Andy Chan to criminal and terrorist activities:

Presumably then you will defend your decision by also arguing that those who oppose Taiwan independence would be given equal opportunity to present their views. Following this logic, you most probably will not draw any line against criminals and terrorists. As I said, we ought to be gravely concerned.

He further claimed that FCC had been paying a “token rent”. In comments, his followers advocated that the Hong Kong government should take back the property.

Leung's claim was rebuked by former FCC board member Francis Moriarty as an ill-informed threat [12]:

Leung is dead wrong about the rent…When I left the FC Board three years ago, we were paying in the vicinity of HKD $550,000 (USD $70,060) per month and were entirely responsible for the historic building's maintenance.

Leung is essentially asking the FCC to cancel the talk by Chan and stop inviting similar guests in future, or else the lease might not be renewed or even be taken back earlier… That’s blatant political pressure.

But CY Leung’s argument has been echoed by many pro-Beijing media outlets and politicians. On August 8, a group of 30 protesters took to the street and demonstrated outside FCC [14] in Central demanding the cancellation of Andy Chan’s talk.

The head of the city’s public broadcaster Radio Television Hong Kong Leung Ka-wing said in a regular meeting on 9 of August that the broadcaster should not be used to advocate Hong Kong independence and banned live streaming [26] of Andy Chan’s speech at FCC. RTHK programme staff union explained that [27] the decision on whether to live-cast an event or not is usually made by section head of different program teams after internal deliberation. It is unusual for the head to hand down a decision in this manner.

More than half of local media owners [28] in Hong Kong also serve on Beijing-appointed government bodies such as the National People’s Congress. Even though there is no law in place to prosecute media outlets for featuring political dissents, the FCC saga sends a strong signal to media owners and their news management teams on where the “red line” lies. The effects are more than chilling.