Russians are facing criminal prosecution for sharing memes online, thanks to anti-extremism laws 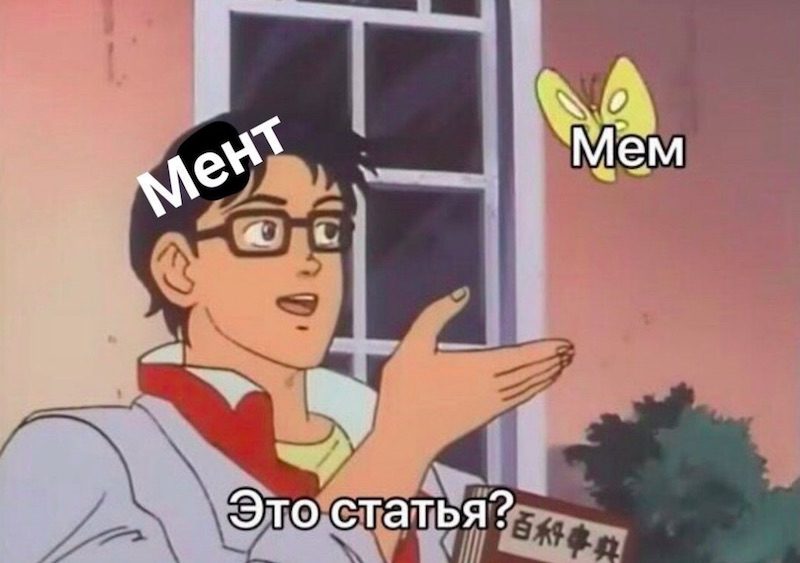 A meta-meme circulating on Russian social media. COP looking at MEME: “Is this a criminal case?”

Imagine you’re online and you see an amusing Game of Thrones meme likening the resurrection of one of the main characters, Jon Snow, to the resurrection of Christ. Chuckling to yourself, you re-post it on your social media page and promptly forget about it.

A few days later, the police raid your apartment and charge you with extremism. In addition to facing years in prison, you’re frozen out of your bank accounts.

Welcome to the reality that unsuspecting social media users across Russia are now facing as authorities ramp up their campaign against online extremism.

Though prosecutions for online posts are nothing new in Russia, this latest round has attracted special attention because many of them are based exclusively on memes. Daniil Markin, a 19-year-old resident of the town of Barnaul, was recently charged under Article 148 of the Russian Criminal Code, for “insulting the feelings of religious believers” for posting several memes on religious themes, including the aforementioned Jon Snow meme.

As a result of the charges, he has been added to a national register of extremists and had his bank accounts frozen. In an interview with Meduza, Markin said:

I can see how for some people this could be offensive, but not so much that they could press charges.

Markin’s situation isn’t unique, not even in his city of Barnaul. In a June 23 Twitter thread, fellow Barnaul resident Maria Motuznaya described how a group of policemen came to her apartment with a search warrant, interrogated her about memes she had posted (some of which were racist, others offensive to religious sentiment) and confiscated her phone.

While Motuznaya initially laughed it off, the police taunted her, telling her that another woman had also thought it was a game until she was put behind bars for three years. Motuznaya was later charged with extremism under Article 282 of the Russian Criminal Code.

While the memes Markin and Motuznaya posted could easily offend religious sentiments, they did not represent a direct threat, incitement to violence, or promotion of an extremist or violent ideology. And the Russian internet is full of memes like this. So what tipped off authorities? And how did they so swiftly identify Markin and Motuznaya?

Both cases began with tips from a pair of students at a local higher-ed institute. Neither defendant knew these individuals personally. Because of this, Markin feels there’s something more to his prosecution.

The officers find out about me somehow and suggest that these students file a complaint for extra study “perks” or even financial support.

The situation may be less of a coincidence than it seems. Pressure on police in Russia to weed out extremism has created many situations in which authorities choose a target and then seek out justification for prosecution.

Motuznaya also suggested an ulterior motive during her interrogation. She had previously made several posts about Alexey Navalny, a Russian opposition figure known for his anti-corruption campaigns. It is unclear whether this had any bearing on her arrest.

The theory of memes-as-pretext, however, seems more and more plausible. Just recently, a journalist from the city of Tuva was arrested for posting two articles in 2014 that were accompanied by photos of Adolf Hitler and Nazi youth groups. This journalist had an activist past, as she wrote on issues affecting quality of life in the city and was campaign manager for Ksenia Sobchak, a liberal candidate in the 2018 Russian presidential elections.

How are social media companies responding?

Social media companies also play a pivotal role in identifying these memes and the people who post them. Vkontakte, one of the two most popular social networks in Russia, has been under fire for “ratting out” their users to the authorities and readily giving away their personal details for prosecution. Under Russian law, administrators of social networks are obligated to gather and store users’ personal information for six months, and provide access to these materials when requested by the authorities. For years, Vkontakte has been only too eager to comply with such requests.

An avalanche of recent negative coverage of criminal cases against social media users prompted the tech giant Mail.Ru, which owns Vkontakte, to release a statement condemning the practice of jailing people for memes. Observers were quick to point out Mail.ru's hypocrisy.

As Mediazona, an independent online outlet focused on police brutality and political show trials in Russia, put it:

Authorities see arrests as a sign of progress — the more, the better

Why has Barnaul become such a flashpoint for these types of cases? The regional office of the Investigative Committee, Russia’s main federal investigative agency, has since 2016 been leading a campaign to tackle online extremism among young people. Nationwide, human rights experts estimate that roughly 5000 people have been arrested for sharing some type of “extremist” content online.

In July 2018, a public-service announcement video was released explaining efforts at clamping down on extremist behavior online. The announcement defined this behavior as, among other things, anything promoting separatism, religious discord, or hatred towards others on ethnic or religious grounds.

The video ends with the following appeal:

After all, humanity is a community of different cultures, each of which is fascinating and spiritually rich. There aren’t bad or good ones, we are all one united whole.

At face value, this might be a laudable sentiment. But why the sudden interest in meme-based posts? Ilya Shepelin, a correspondent for the independent Russian news outlet Dozhd, explained it this way:

Two years ago, when the Altai region reported on extremist crimes, they registered 10% less than they should have. 26 instead of 29. As a result, “the region found itself among a small group of regions showing that instances of extremist crimes had fallen.”

They fudged the numbers and got a scolding from the federal ministry, and man, how they went to work. They don’t let a single image of the patriarch or Game of Thrones pass by, they’re pressing charges over everything.

And so in 2017 the region showed a dramatic increase of “instances of extremist crimes”, almost two times more, 73% more. Now they’re seventh among Russia’s regions. Something to be proud of.

Stuck on Russia's federal register of terrorists and extremists

The ramifications of these “extremism” charges, which fall under criminal code articles 282 and 148, continue long after one’s sentence has ended. When charged under these articles, an individual is permanently placed on the federal register of terrorists and extremists. Once on the list, one cannot withdraw more than 10,000 rubles (around 150 US dollars) at a time and cannot use their credit or debit cards.

These two consequences combine to create an unsavory third problem: being officially labeled a terrorist makes potential employers extremely hesitant to hire you. And if they do, they are obligated to jump through extra regulatory hoops just to pay taxes related to your employment.

Because of this, those on the list often find themselves punished with poverty and diminishing prospects both in terms of career and even housing. Who would rent to, much less give a mortgage to, an official terrorist or extremist?

As one human rights lawyer put it,

A meme of one's own

With the increase in prosecutions over meme-sharing the issue itself has of course become a meme of its own.

Below, one user employed the “Is this a pigeon?” meme to demonstrate how memes have become the basis for criminal cases:

Now it’s something like this.
Meme captions: “Me” on the man, “meme” on the butterfly.
Bottom text: Is this a criminal charge?

Another used characters from the sci-fi movie Interstellar, toying with the film’s idea about space travel and time-dilation to reference the surreal situation in Barnaul:

Others went for an even more meta approach. Well-known Russian blogger and Twitter user Anatolii Kapustin wanted to draw attention to the fact that memes can lead to jail time now, and created the Twitter account “Text memes you can be jailed for”, which draws on actual memes that have triggered extremism charges and are now being assessed in court.

Image #61: An image of Stalin and Mussolini with the caption: Fascism is the most terrifying ideology of the 20th century.

Image #41. A black man with the text “You’re just a machine. An imitation of life. Can a robot write a symphony, create a masterpiece?. Below, another character, with the caption: “And you’re just a [racial slur].”

Image #33: A man holding sneakers with the caption: “For the 300th time, New Balances were created specially for Russian nationalists!”

The range of themes reflected in these memes, from despicably racist to lightheartedly irreverent, demonstrates that the authorities’ anti-meme-extremism campaign is too broadly defined to be effective at actually removing threats and incitement to violence from online platforms.

Even if the anti-extremism campaign’s goals are taken at face value, the fundamental question (here and in many other countries) remains: What role should law enforcement play in ensuring hateful and objectionable content is deleted from social networks?

In the Russian case, with authorities’ reliance on disproportionately harsh jail sentences and seemingly indefinite financial repercussions, it is clear that Vkontakte’s abdication of its role in self-moderation is hurting its users. Rather than handing over users’ data so that authorities can prosecute them for racist and “edgy” memes, the company should be more proactive in monitoring posts and taking down content that can easily be described as offensive, in a consistent, transparent and accountable way.

It wouldn’t be easy, but as the global debate over moderating social networks continues, the alternatives currently available, arrests or rampant toxicity, show that they’ve got to try.