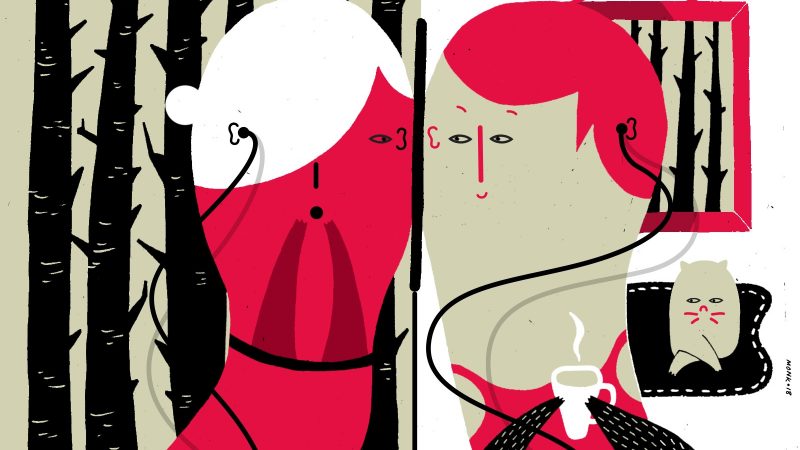 Gathered around a tablet at a public outdoor wifi hotspot in Cuba's capital city, Havana, a family of six takes turns in front of the screen. They each talk quickly, fearing the call might cut out.

“Brother,” says one man to the man on the screen, “the two pairs of shoes you sent worked for me, but the colored underpants didn't. Remember everything has to be new and white.” The man needs the garments for his initiation as a santo [2], a devotee of the Santería religion. The brother promises he’ll go out and buy the right things. “There's stuff I still find difficult because of the language,” he says.

Conversations like this can be overheard in wifi parks throughout Cuba. According to the Center of Demographic Studies (CEDEM) [3] at the University of Havana, one in three Cubans has a family member living overseas. CEDEM economist and demographer Juan Carlos Albizu-Campos predicts [4] that by 2030 Cuba will lose more than 40,000 people per year to emigration, out of a population of 10 million.

And in many instances, emigrants are a primary means of financial support for family members who remain in the country. The Miami-based Havana Consulting Group [5] reports that in 2017 US$3.575 million was remitted to Cuba from the United States alone.

At a hotspot located in a park opposite Havana’s Américas Arias Maternity Hospital, dozens of women come and go, looking happy or worried; some talk and laugh on the phone while others cry inconsolably.

“I think I'm going to go on WhatsApp now to tell him that I'm pregnant,” one woman tells another. 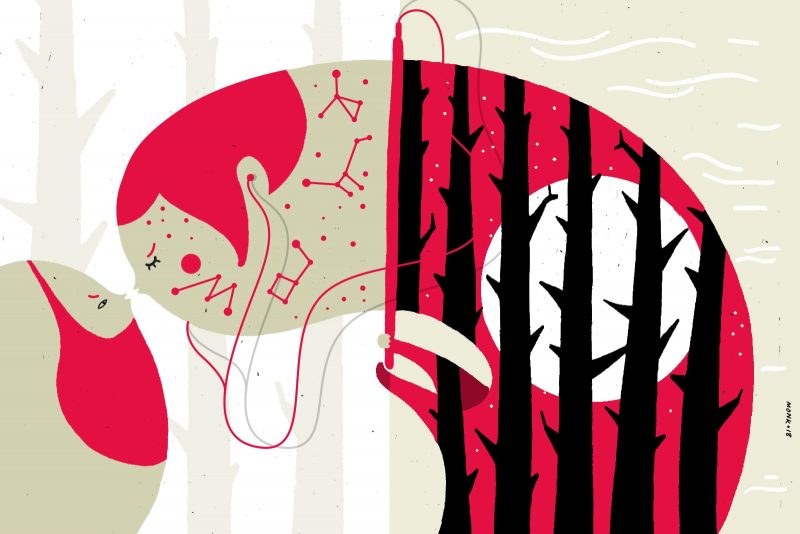 In 2017, the Center for Psychological and Sociological Research carried out a study on Cuba's new family dynamics. According to head researcher Milagros Samón, “transnational families” are very common in Cuba, where a family member has emigrated seeking a better quality of life. “Most of the time,” says Samón, “the family member providing money for household and other needs continues to be the head of the family and the primary decision-maker, despite being overseas. These wifi hotspots shorten this distance, which makes these processes more natural.”

In another conversation we overhear in a public wifi park, a junior high school student has just spoken just to her mother.

“She punished me,” she tells her friend. “I can't go to the party on Saturday.”

“But how is she going to punish you when she's away?”

“She controls everything from there.”

The girl relates how her sister sends her mother her grades, and how her mother passes information to her aunt, who comes to the park at night to get online.

“If they find out that I kept quiet they could take the X-box from me. They’re always threatening to take away my phone and games.”

Under a streetlight in another wifi park, 56-year-old Rosa connects with her family through the internet almost every night for 30 minutes. Rosa has one daughter in Miami who regularly visits Cuba, and a son in Texas whom she hasn't seen since 2012.

“Calling my family keeps me healthy,” Rosa says. “When there was no wifi in Cuba I could only talk to them on birthdays or at the end of the year. I missed out on so much.”

Rosa recalls the first time she experienced a video call and saw her son in real time using IMO, a mobile app. They spoke for three hours until the phone battery died.

Rosa says she wanted to take it all in, as if she were there with her son. “Let me see you. Show me your house, the children's bedroom, the food you have in the refrigerator,” she told him. On the call, she laughed to stop herself from crying, because even though she was happy, all she could think about was the moment when her son—who’d left Cuba illegally—would return. In early 2018 the government announced [7] that Cuban citizens who left illegally would be allowed to return, including people who’d defected while abroad, such as doctors and athletes.

In a 2016 Master’s thesis titled “Transnational Motherhood”, sociologist Deborah Betancourt notes that “so-called ‘transnational families’. . . are understood as those family groups that in spite of geographical distance between the emigrant and their family, the relationships are not fractured, but reinforced. Such relationships are based on two elements of great importance: communications media and remittances.” 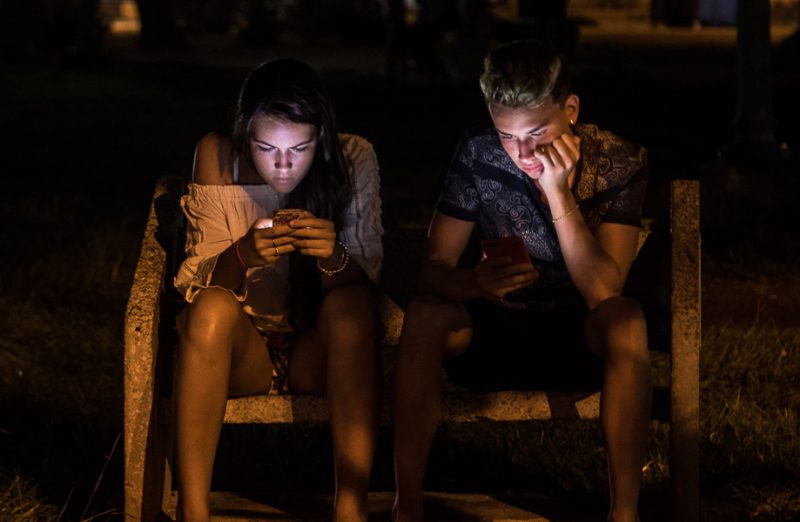 In 2013, the Ministry of Communications published Resolution No.197/2013, approving the marketing of internet access. Until then, the internet could only be accessed from certain hotels at a rate of more than 4 Cuban convertible pesos (CUC) per hour (US$4).

Internet access in Cuba currently costs 1 CUC per hour [10] (US$1) a price that continues to increase in relation to the average Cuban monthly salary of 30 CUC (US$30).

“I'm going to call you every day”

At night in a wifi hotspot park, a woman is frantically circling the area, crying, a cell phone to her ear. She pleads with the person on the other end of the line for more information:

“Where were you? Do you know any of the boys who died? . . . What is the media saying? .  . I haven't seen what that imbecile Trump said, I've only just heard about it.” The conversation is punctuated by screams, sobs, scoldings. “How is someone your age able to get a rifle?. . . I'm going to call you every day. Pass me to your dad, please.”

Later, when we spoke with the woman, we learned that her 17-year-old son lives in Broward County, Florida, where earlier that day, a mass shooting at Marjory Stoneman Douglas High School took the lives of 17 students [11]. Her son goes to a different high school, but when she heard the news, she panicked. She was desperate to hear her son's voice.

This is an edited version of a story originally published on Periodismo de Barrio [12].