To see the full brutality of ICE's impact on immigrants, look inside U.S. borders too 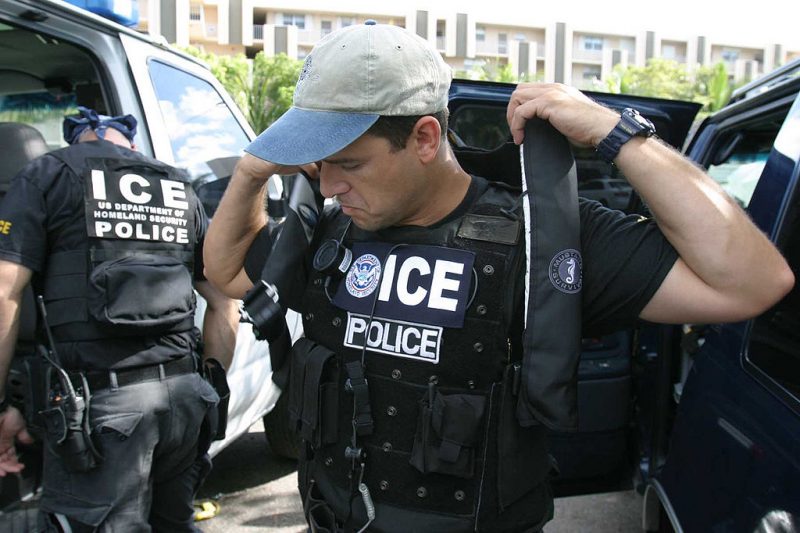 The policy of separating children from their parents at U.S. borders pursued by the Immigration and Customs Enforcement (ICE) agency has been the target of significant outrage and condemnation over the past few months. Yet little attention has been paid to the manner in which immigration enforcement is carried out by ICE within U.S. borders. In July 2018, ICE carried out one of its largest raids in years, arresting more than 140 people in the state of Ohio. The Trump administration has attempted to justify aggressive immigration enforcement by claiming it helps make cities safer, yet the opposite may be true. Simply put, the enforcement policies of ICE are destroying the social fabric of communities in the U.S.

Immigration advocates have raised concerns about ICE’s track record of abuse, militarized operations and propensity to identify themselves as the police. So far this year, seven immigrants have died while in ICE custody, with reports citing lack of medical care as a primary factor. The cavalier attitude with which ICE conducts operations should be a cause of concern for everyone, especially given that ICE has negligently detained or deported more than 20,000 U.S. citizens since 2003.

The terror that ICE raids sow in communities affects us all. In immigrant communities this fear often results in a reluctance to call the police, cooperate with authorities or show up in court, the effects of which have already started to show. In 2017, sexual assault reports by Latinos in Los Angeles fell by 25 percent, while domestic violence reports declined by 10 percent. In Denver, Colorado, prosecutors reported that victims of domestic violence have refused to testify out of fear following ICE arrests in the local courthouse.

The threat to our collective security extends to public health as well. Widespread fear has led to immigrants forgoing healthcare for themselves and even their U.S. citizen children, increasing health risks for all. ICE's violence also has direct and tangible effects. A 2017 study by the University of Michigan documented health outcomes following a 2008 ICE raid in Iowa. The study found that Latina women, including those who were U.S. citizens, were more likely to give birth to low birth-weight or premature babies following the raid.

While the immediate effects on health and safety have been documented, the long-term effects will take decades to be fully understood. This includes not only the great trauma inflicted on children separated from their parents while in immigration custody, but also the devastating disruption of their education due to ICE raids. After raids took place in eastern Tennessee earlier this year, more than 500 children missed school the following day.

The fear and instability that accompanies these raids have thrust school officials into a role that has now become all too common for teachers, health-care professionals and social workers attempting to provide some sense of guidance and reassurance in a time of immense uncertainty. A survey of 5,400 teachers, principals and counselors conducted by the Civil Rights Project at UCLA found that 68 percent of administrators cited absenteeism among immigrant students as a problem, and 70 percent of principals and counselors reported academic decline among immigrant students.

These collateral consequences are rarely cited in conversations on immigration and enforcement, but they highlight the human costs that we collectively pay. The United States detains more immigrants than any other country in the world, and ICE’s ballooning budget and expansive detention policies run the risk of reshaping the character of our country.

Evidence documenting the destructive effects of ICE enforcement paints a clear picture as to the devastating toll these policies are taking on our society. We must stand together to protect our communities and call for an end to destructive policies that separate our families and destroy the social fabric of our communities.

A version of this article was originally published on Common Dreams.