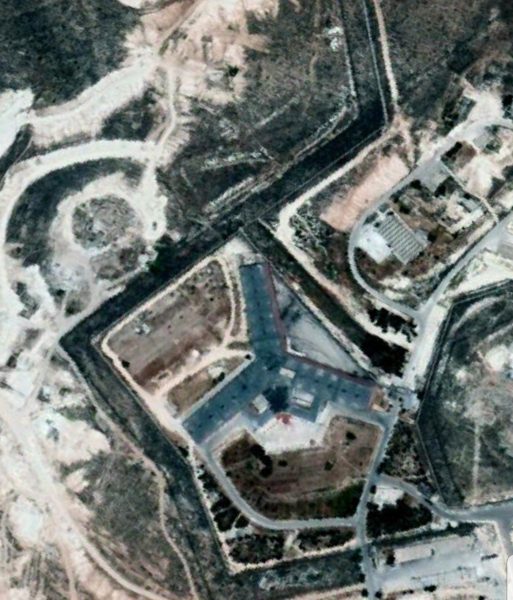 After several years of waiting for news and updates, hundreds of Syrian families were able to confirm the death of their disappeared loved ones through certificates issued by the government.

Since July 2018, the government has been updating the civil registry records of the governorates of Damascus, Damascus suburbs, Homs, Hama, Lattakia and Hassaka where hundreds if not thousands of forcibly disappeared citizens were already identified as dead years ago.

At least 82,000 Syrians were forcibly disappeared by the Syrian regime between 2011 and 2018, according to the Syrian Network for Human Rights (SNHR), among whom at least 13,066 allegedly died under torture.

The city of Daraya alone, an agricultural city near Damascus besieged by the regime for four years from 2012 to 2016, saw around 1,000 of its citizens on that updated list of dead persons.

Imagine a town anywhere in the world, where the government detained thousands of young citizens and years later, mark 1000 of them as “dead by torture.” This happened in #Daraya, a suburb of Damascus. This is the new #Syria – no more hiding war crimes, now they just brag.

“Most of the arbitrarily detained were not brought to trials but only a few were sent to three kinds of courts: the court of terrorism cases, the military court and the field court,” Noor Alkhateb, the director of the detainees department at SNHR told Global Voices (GV).

SNHR's report condemned the Syrian regime and held it responsible for the deaths of thousands in its custody. The report also emphasized that 90 percent of the detainees have suffered torture “using the most horrendous methods of brutality”.

Yehya Shurbaji (known as “The Man With The Roses” or “Abu Al-Ward” in Arabic) and his brother Mohammad (known as Maan) were two of the first Syrian activists in the anti-Assad demonstrations in Daraya in 2011.

The brothers participated in the coordination of peaceful demonstrations in 2011 in the early months of the Syrian revolution. In September of that year, Mohammad was arrested by a Syrian intelligence officer, who forced him to call Yehya and drive him out of Daraya, claiming that he is injured and needs urgent medical care. Six hours later, Yehya drove to Sahnaya town along with Ghiath Matar, another prominent Syrian activist.

Read: Daraya, Symbol of Non-Violent Revolution and Self-Determination, Falls to the Syrian Regime

However, what they found there was an ambush by Syrian intelligence forces. Ghiath was injured and passed away a day later. Yehya was thrown in jail.

GV spoke with Ahmad Shurbaji, Yehya and Mohammad's brother, who spoke about Yehya's role in nonviolence resistance to the Assad regime:

Yehya was well known in Daraya. He believed that freedom and democracy must come through a peaceful struggle. He kept calling the demonstrators to avoid violence.

The Shurbaji brothers were held in Saydnaya prison, the prison now notorious for its mass hanging of up to 13,000 people between 2011 and 2015 alone. Amnesty International described it as “the human slaughterhouse“.

Over the last seven years, relatives of the Shurbaji brothers couldn't get a visit or even an official statement regarding the fate of the two, Ahmad told GV. A year ago, they received unconfirmed reports that Yehya was executed in Saydnaya years ago and that Mohammad passed away due to illness and lack of medical care in prison.

Ahmad was able to confirm this last July 2018 when he asked one of his relatives in Damascus to retrieve the birth certificates of his brothers from the civil registry. They found out that Yehya was declared dead on January 15, 2013 while Mohammad was also listed as dead on December 13 during the same year. No reason for the deaths was written in the documents.

Ahmad told GV that Yehya was first arrested in 2003 and remained in detention for two years:

Mohammad was a football player who played in the Damascus-based ‘Union football club’  Yehya was well known through his history of struggle against the regime. He was arrested in 2003 for two years and stripped later of his civil rights.

Ahmad recounted Yehya's role, along with Ghiath Matar, in giving out flowers and bottles of water to Syrian regime soldiers, a now-iconic moment of the early months of the Syrian revolution.

Yehya proposed in the beginning of the Syrian Uprising an idea of giving the Syrian security in the demonstrations roses and a bottle of water, as a symbol of peace. Therefore, people started calling him “The Man With The Roses”, he added. But even for a guy like Yehya, demanding freedom was an unforgivable sin.

This our revolution
This #daraya the town of 1000 under torture martyrs pic.twitter.com/12c9JSDGRA

The name of Islam Dabbas, a young Syrian activist described as shy with a funny personality, was also among the confirmed names in the updated list of the dead. Dabbas participated in demonstrations and coordinated them along with prominent lawyer and activist Razan Zaitouneh. Zaitouneh and three other activists – called the ‘Douma 4′ – are widely believed to have been kidnapped by the rebel group Jaysh Al-Islam in Douma, Eastern Ghouta.

On July 22, 2011, Islam was demonstrating near Al-Imam mosque in Daraya city with hundreds of other Syrians demanding freedom and political reform in the country when they were attacked by state security forces. The attack was carried out despite the non-violence tactics used by Islam and his fellow activists who were holding roses and bottles of water.

Islam was surrounded by security forces who took his rose and bottle and beat him before arresting him. He was taken from one security branch to another and ended up in Saydnaya prison. Islam's sister, Hiba Dabbas, who is in exile in Egypt, told GV that:

We visited him twice and paid a bribe of 75,000 Syrian Pound (approximately 170 USD) to a military officer in order to see him for three minutes. The second time we visited him after many attempts was in November 2012. He didn't seem to be tortured and his was in good health. He seemed as we used to know him.

During the last time they saw him, Islam said that his trial is scheduled on January 2013:

He told us that he has a trial in the next January, but when the jailer heard that he hit him on his back. Islam told him I didn’t say anything wrong, but the jailer answered ‘We'll see, we'll see”.

And that was the last time Hiba and her mother saw him.

News about Islam was cut off later and for around six years they heard nothing about his fate. Hiba was afraid that he would suffer the same fate of the detainees in the 1980s when hundreds were forcibly disappeared during the fight between the Syrian Army and the extreme group ‘Fighting Vanguard’ in Hama.

One of their relatives in Damascus went to the civil registry after she heard that the records have been updated. That's when they found out that Islam was also written as dead on January 15, 2013 although the relative couldn’t extract his death certificate.

“As long as Assad remains in power, there will be no justice for Islam and his friends,” Hiba said.

Many Syrian families have paid huge bribes, sometimes reaching millions of Syrian Pounds, to Syrian officers in the hope of finding out about the fate of their beloved ones, although they rarely get accurate information.

Human Rights Watch (HRW) described it as a ‘bureaucracy of death‘.

With the continuing expansion of pro-regime forces across Syria, it seems that the Assad government doesn't fear any repercussion from the release of these death notices to the public.

“It's obvious that the Syrian regime saw that it did so many violations in Syria and can now acknowledge that thousands have died in its prisons without accountability or consequences”, Sara Kayyali, a Syrian researcher for HRW told GV.