No Shame: How an online initiative in Kazakhstan is helping youth protect their sexual health 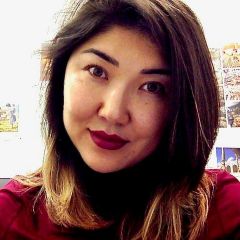 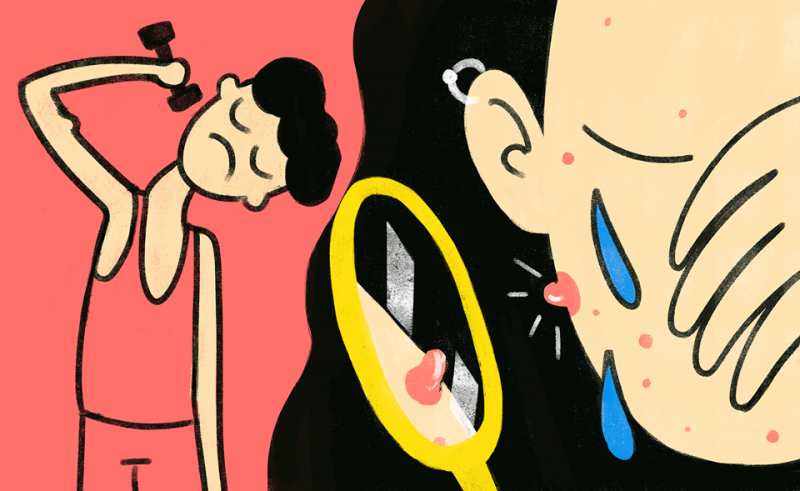 All images used with permission of Darya Sazanovich and UyatEmes.kz.

As the agai entered the classroom full of 11th grade boys, he was no doubt pondering how he would execute the difficult task handed to him by the school principal.

This agai—as male teachers are addressed by students in Kazakhstan's Kazakh-language schools—was a physical education teacher, standing in for the principal in the “valeology”, or “health” class she usually taught.

The task assigned to him was to have a conversation with 16- and 17-year old male students about staying “safe” in their relationships with girls. None of his prior training had prepared him for this.

“Abai bolyndar!” the agai began—which means “be careful” in Kazakh.

The unspecific instruction was met with a chorus of embarrassed giggles that somehow dissipated into a discussion of the football game most of the class had watched the night before. Talking about football felt more comfortable for both the students and the agai, so he swiftly abandoned his mission.

This was my cousin's first and last experience of sexual education in the school from which he graduated last year, located in a prosperous industrial city in northeastern Kazakhstan. Sex is considered an inappropriate topic for classrooms in this former Soviet Muslim-majority country.

Nevertheless, according to a nationwide study conducted by the UN office for Population Activities (UNFPA), “64.6 percent of 15-19-year-olds have their first sex in school years, and 13.6 percent – before they turn 15.” In a country of 18 million, local news sources regularly cite figures of 6,000 to 10,000 births by teenage girls annually, a figure that does not include births not registered with the state, nor take into account pregnancies terminated by legal and illegal abortions.

Even though pre-marital sex is not uncommon in Kazakhstan, it is deeply stigmatised. As a result, the consequences of unwanted pregnancies can be disastrous. There are frequent reports of new mothers abandoning newborn babies on roadsides in trash bins or in highway toilets. Many of these babies are born without medical assistance, as minors can only access medical services legally when accompanied by a parent.

Our own research found that uyat, a Kazakh word that describes a deeply felt shame, is among the key reasons sexual health literacy is so lacking across the country. It is uyat for parents to talk about sex and contraception with their children. But the majority of parents don’t want these conversations to happen at school either, because they think it is too early for their children to receive this information. If sexual education is broached at all inside the school walls, it is the responsibility of teachers like my cousin's agai, who want nothing to do with it. 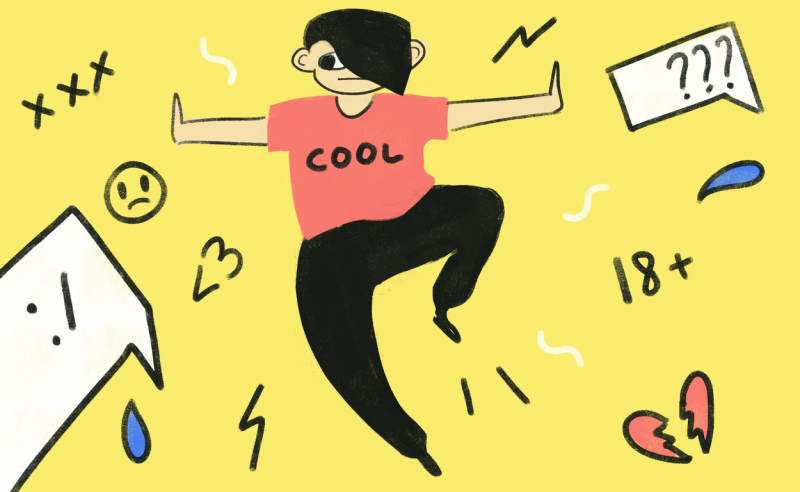 Kazakh and Russian are the main two languages spoken in Kazakhstan, and while social conservatism is common across the country, it is strongest in Kazakh-speaking communities.

While young people often agree over the need to learn more about sexual and reproductive health, the taboo surrounding the topic makes them ashamed of asking questions.

Uyat is a broad concept that informally regulates the lives of Kazakhstan’s citizens.

Lately it has been in the public spotlight in its capacity as an instrument used by men to humiliate women, whom they shame publicly for not complying with conventional societal ideas of how Kazakh women and girls should look, dress and behave, or even whom they should date or marry.

One famous Kazakh cartoonist came up with a term for such men—uyatmen. Uyatmen often use violence and intimidation tactics to compel others to follow their example. Last March a man who named himself “moral police” took to the streets of Almaty, Kazakhstan’s largest city, and beat ethnic Kazakh prostitutes with a whip.

Teenage girls who get pregnant and adolescents as a whole are shamed and stigmatised for being sexually active. But if 65% percent of youth are in fact having sex but are left to fend for themselves with regard to sexual knowledge, what does that say about Kazakhstan as a society?

Turning a blind eye to a problem does not eliminate it. Meta-analyses of 89 sexual education programs in the United States proved that restrictive approaches that stress abstinence from all sexual contact do not help the cause either. In addition to swelling the populations of state orphanages, sexual health illiteracy leads to teenage abortions, poor reproductive health, early marriages and poor educational and economic opportunities for young parents. Overwhelmingly, Kazakhstan's government and civil society have chosen to ignore this problem. 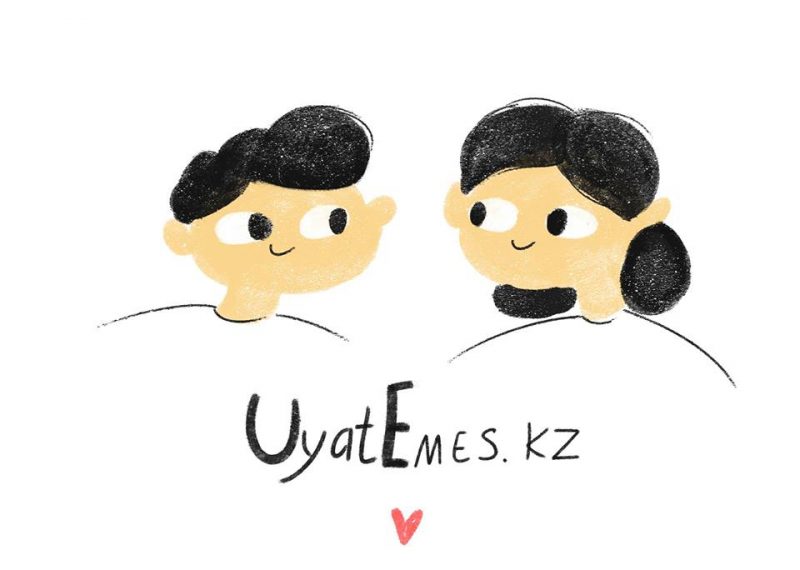 This is why I launched a youth-friendly online platform UyatEmes.kz. The website's name means “No Shame” or “Not a Shame” and provides short articles on topics like puberty, bullying, relationships, sex, contraception and others.

UyatEmes.kz offers young people a space where they can anonymously ask our consultants questions about sexual and reproductive health, even extremely personal ones. They can also share their experiences and read stories written by adult contributors recalling difficult experiences in adolescence.

The platform is not only for youth, but parents as well. It exists in both Kazakh and Russian, which is important, as Kazakh-language resources on sexual health are virtually non-existent.

UyatEmes.kz is a work in progress. In the future I plan to add an interactive game that would teach young people practical decision-making skills around issues such dealing with sexual harassment and peer pressure.

The main message I want to deliver through UyatEmes.kz is that sexual and reproductive health is not a shameful subject, and that having knowledge about these matters is the right of every person. 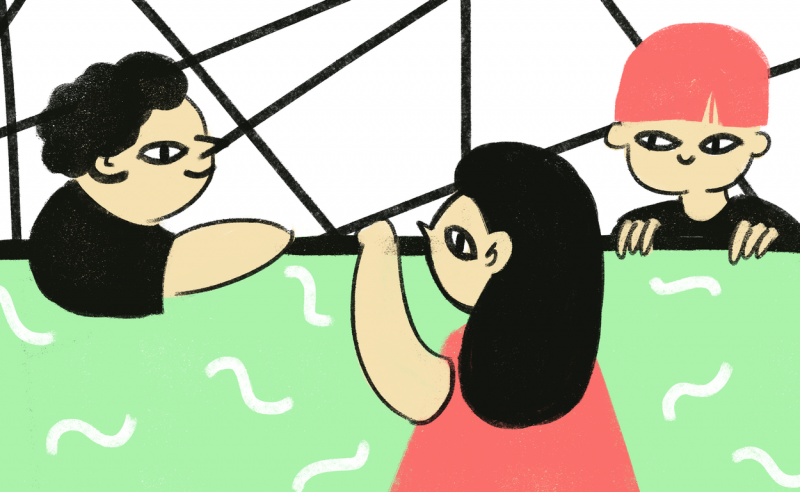 Unsurprisingly, shortly after the launch of the platform, some uyatmen showed up. In the comments section under my interview on YouTube they discussed how a woman like me deserves to die and put forth proposals on how exactly that should happen. When I had recovered from the initial shock, I reassured myself that there would be no need for a project like mine if everybody agreed that Kazakh youth were in need of better sexual health awareness.

After all, if my cousin’s agai had not been afraid of talking frankly with his students, those boys would probably have found the courage to ask him questions they could not ask anyone else. If the state and society had taken active measures to educate youth on safe sexual practices, many young women would not resort to abandoning their babies on roadsides. If each of us makes a personal commitment to educate ourselves on sexual and reproductive health and to start discussing such issues in our families, maybe adolescents will have more trust in us and share their problems.

One online platform cannot solve all these problems. But if UyatEmes.kz helps at least one boy or girl towards a better future, I would consider that I'd made a change.