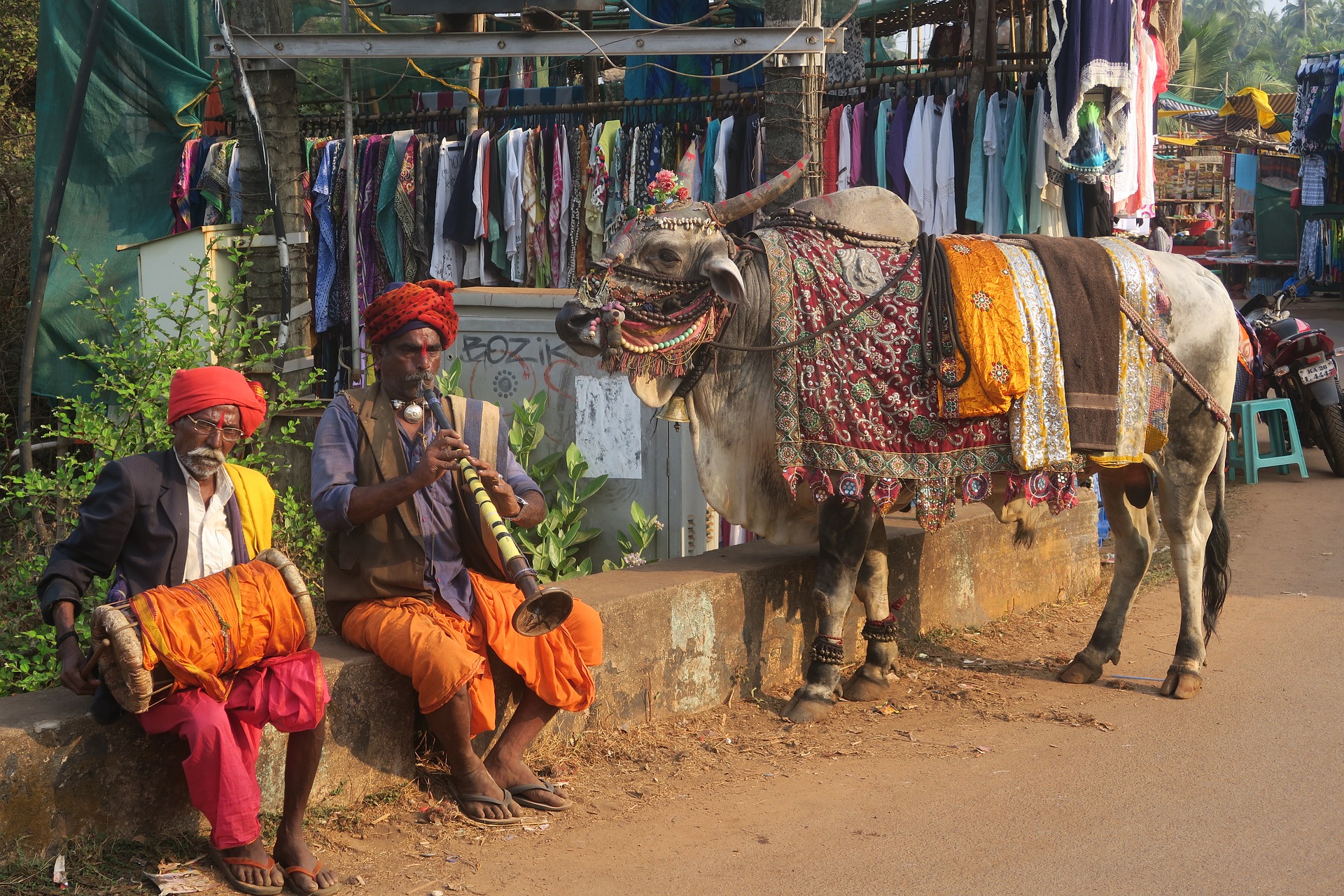 Millions of Hindus revere and worship cows. Image via Pixabay by Ahill88. CC0

In India, where millions of Hindus worship cows and laws in some states prohibit their slaughter and consumption, a spate of murders of Muslims accused of smuggling cows for consumption has occurred over the last few years.

The latest of such incidents happened on July 21, 2018, when Rakbar Khan, a Muslim man, was lynched and murdered for ferrying bovines in Rajasthan's Alwar district.

According to local media reports, police officials reportedly transported bovines to cow protection shelters before hospitalizing Khan after a gap of nearly four hours, even managing to take a tea-break in between.

The 28-year-old Khan and his friend Aslam were targeted by an armed mob from the neighboring state of Haryana while ferrying bovines in the Alwar district. While Aslam managed to flee from the self-styled Gau Rakshaks (cow protectors), Khan succumbed to his injuries in police custody after being violently thrashed by his attackers.

President of the opposition party Indian National Congress (INC) Rahul Gandhi took to Twitter and condemned the incident, questioning the police officials on their lax approach to handling the victim despite his dire conditions:

Policemen in #Alwar took 3 hrs to get a dying Rakbar Khan, the victim of a lynch mob, to a hospital just 6 KM away.

They took a tea-break enroute.

This is Modi’s brutal “New India” where humanity is replaced with hatred and people are crushed and left to die. https://t.co/sNdzX6eVSU

With cow vigilantism on the rise and hardline Hindu nationalism taking root in India, India's Supreme Court recently asked parliament to bring in a specific law against lynching. Chief Justice of India Dipak Misra called the incidents of lynching as ‘horrendous acts of Mobocracy’.

Mobocracy against minorities on the rise in India

Many netizens are comparing Khan's case to that of Umar Mohammad, a Muslim man who was murdered in the Alwar district in a hate-filled vitriolic attack perpetrated by a Hindu vigilante who had planned his murder on religious grounds.

“He was killed because he’s a Muslim, Modi is getting Muslims killed… They could’ve sent him to jail, beaten him up, at least they should have spared his life,” says Asmeena, widow of #RakbarKhan who was lynched on rumours of cow smuggling in #Alwar #Rajasthan pic.twitter.com/sEjlaprLKM

IndiaSpend, a data journalism website, made a crucial observation about hate crimes and persecution of Muslims in Rajasthan where the law forbids beef consumption and 88 percent of lynching victims are Muslims:

This is the 7th cattle-related hate crime reported from Rajasthan in 8 years, and the 87th incident in India. Since 2010–the start of our database on such crimes–34 persons have been killed and at least 240 injured in attacks. 56% of the attacked and 88% of victims were Muslim.

Aside from Pehlu Khan and Umar Mohammed's lynching cases, another alleged ‘cow smuggler’ named Taleem Khan was also killed in a shoot-out with police in Rajasthan in 2017.

Rajasthan, along with several other states in India have regulations prohibiting either the slaughter, sale or migration of cows for the purpose of slaughter.

However, according to reports, Rajasthan, especially the cities Alwar and Bharatpur, is one of the biggest contributors of smuggled cattle to slaughterhouses in other states where a significant population of other religions generally eat beef, including Muslims.

Between 2017 and 2018, around 44 incidents of lynchings have surfaced in India with Indian states including Rajasthan and Jharkhand reporting maximum casualties followed by Maharashtra, Uttar Pradesh, and Tamil Nadu.

Member of Parliament Shashi Tharoor says these attacks can be attributed to the rise of right-wing Hindutva ideology promoted by President Modi's government that excludes Muslims and minorities.

IndiaSpend reports that 98 percent of hate crimes have been committed after the Hindu nationalist BJP came to power in 2014, emboldening right-wing groups:

Most of these–98% of all incidents–have occurred since the BJP and Prime Minister Narendra Modi assumed power in May 2014. Only one incident each was reported in 2012 and 2013. Like Rajasthan, 56% of these incidents have occurred in BJP-run state govts. #lynching

These lynchings have become so commonplace in the last few years that folk singers in India are writing songs about them as reported by Indian website Quint.

On Facebook, Javed Farooqui highlights how minorities in India feel:

Who killed Akbar? Mob! Alwar Police! It’s sad to know that cow protection is more sacred than saving a human life in my country. Are minorities in the country really being marginalized and treated as second grade citizen?

This has now become the predictable cycle every time a mob attack occurs against Muslims involved in the dairy business. While the victims are accused of cow smuggling, BJP leaders underplay the incident and even stand in support of mobs. Earlier this month, Union Minister Jayant Sinha was criticised by Opposition parties for garlanding eight men convicted for lynching a Muslim meat trader when they were released on bail.

The police at Alwar in Rajasthan need to be recognized for their devotion to animal welfare. When they heard that a person found with two cows was lynched, they got worried about the orphanage of the bovines.
They immediately rushed the animals to a distant animal shelter, while the victim of lynching remained at the police station, unattended for four hours and died as a result. It was devotion at its best!

It's dumb to expect BJP to stop lynchings. They have built a career on it.

The police attends first to the cow, and then stops for tea while the lynching victim bleeds out in the car. The state has become the mob. https://t.co/tN514BM2FV

In an interview with India Today, BJP leader Vinay Katiyar blamed Muslims for incidents of lynching instead of condemning the incidents:

The incident of mob lynching in Alwar is highly condemnable but people from the Muslim community should abstain from touching cows and provoke aggressive Hindus. There are a lot of Muslims who are sheltering cows but are also killing them. Cow meat is also being consumed by them.

Meanwhile, rumors of beef consumption spread by forwarded messages on Whatsapp have led to lynchings that have claimed many lives across India. In response, the government and Facebook-owned WhatsApp have reportedly blamed each other for allowing the problem to continue, though neither side has taken formal steps toward a solution.

On Monday, July 23, the government announced the development of two committees to suggest a legal framework to deal with incidents of mob violence and lynching after outrage from opposition parties and citizens.

However, until a law is promulgated to avoid persecution, many fear that minorities will continue to face the brunt of this violence.