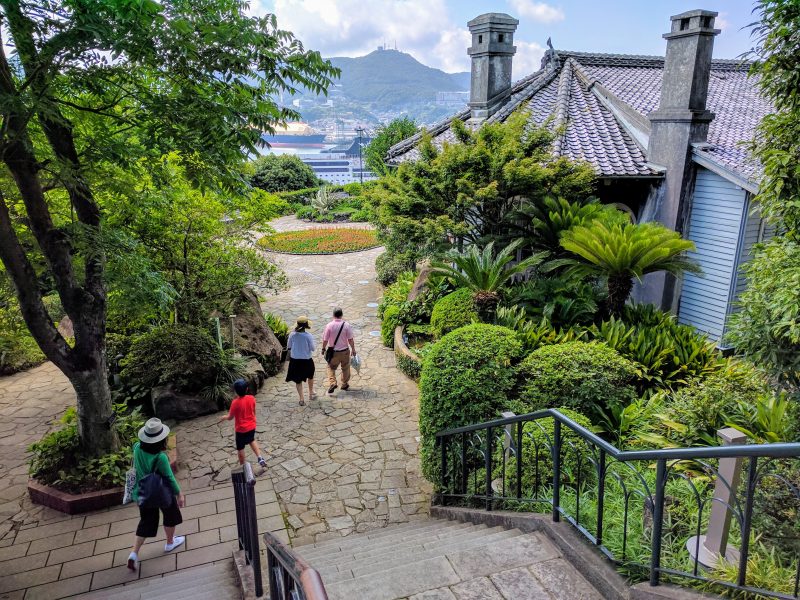 Have you always wanted to visit Japan, but just haven't had the chance? Perhaps you don't have the time, or a plane ticket (and everything else about taking a vacation) is just too expensive. Not to worry — YouTube channel Kappa2700s does all the sightseeing for you.

Devoted to “Travel, Stroll, and Eat“, and started in July 2012, so far about five million people have watched the channel's videos.

Unlike many commercially-oriented channels that upload videos about tourist hotspots, the kappa2700s channel one distinct feature: it has no commentary. Instead, the video features quiet strolls around popular tourist landmarks.

What makes the videos especially useful for travelers or anyone who has an interest in Japan is that each video includes annotations in English, with time stamps, of what particular sightseeing spot is on screen.

The Kappa2700s YouTube profile features at least two hundred videos from almost every part of Japan. Here are just a few examples.

Located on the isolated and largely rural Japan Sea coastline of Kyoto Prefecture, Amanohashidate (the “floating bridge of heaven”) is another popular tourist spot that is still largely undiscovered by tourists from outside of Japan.

The video beings in Osaka Station, with a stop at the historic navy base of Maizuru along the way. This navy town is famous for its Victorian-era red brick architecture and navy curry — curry was first adopted in Japan by Admiral Togo in the 1870s.

The video concludes with a tour of Amanohashidate.

Kurashiki, in Okayama, in western Japan, is another tourist destination popular for its number of restored kura or traditional Japanese storehouses. This video takes a stroll through the Kurashiki Bikan Historical Quarter and then takes a tour of Okayama Castle.

Located on the northwestern tip of the island of Shikoku, Matsuyama is home to probably the most famous hot spring in all of Japan, Dogo Onsen.

While the town takes center stage in Natsume Sōseki's 1906 novel Botchan (坊っちゃん), one of Japan's most famous pieces of literature, the main public bathhouse at Dogo Onsen has inspired the bathhouse in animated movie Spirited Away.

This video visits the main bathhouse, and also makes a pit stop at a cafe selling drinks and confections made from yuzu and other citrous fruits grown in the Matsuyama area.

While the Kyushu city of Nagasaki may be best known outside of Japan for being the site of the second atomic attack that ended World War II, this port city has a long and rich history thanks to its historical connections to Europe and China.

The video does visit the Nagasaki Atomic Bomb Museum and the Peace Park, but there's also a tour of Glover Garden and former home of Thomas Glover, a Scotsman who settled in Nagasaki shortly after Japan opened up to the outside world starting in the 1860s. Glover served as a conduit to transfer European technologies — including guns — to Japan, and may have helped start the country on its path to World War II.

These tours just scratch the surface. The kappa2700s channel has hundreds of videos taken all over Japan, including a number of videos taken in Nara, Japan's ancient capital, and Osaka, Japan's gritty and colorful second city.

If you're looking for a view of iconic Mount Fuji, kappa2700s has it covered, too.