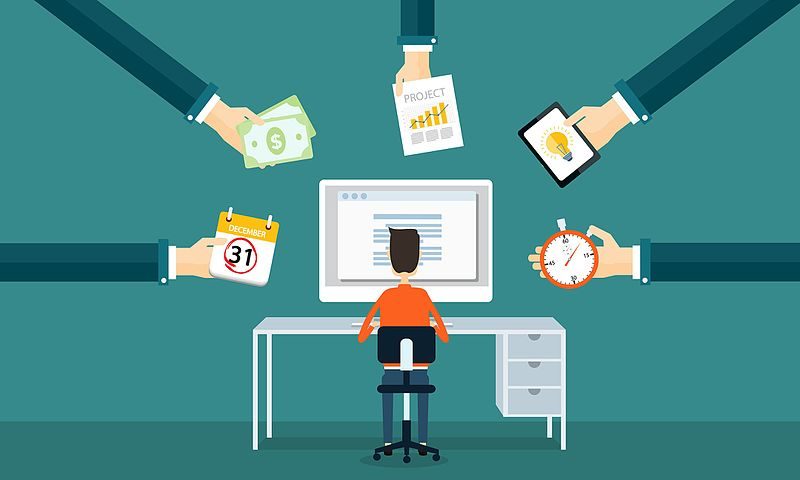 As internet connectivity expands worldwide, millions of people are increasingly turning to outsourced, digitally mediated work as a way to earn extra cash, or to overcome some of the barriers of their local labor markets. But while the gig economy means freedom and flexibility for some, for others it comes with uncertainty, lack of legal protections and isolation.

How does that play out in Hong Kong? In this place where wage growth lags behind living costs — between March 2016 and December 2017, the real wages have risen a meager 6.6 percent [1], against a 47 percent increase of property prices [2] — the trend of casualizing labor dates back to 1997. Under the grip of the Asian financial crisis, companies turned to outsource its support activities — such as security guards and cleaners — in order to cope.

But once Hong Kong recovered flexible work increasingly found its way into the status quo. A recent study [3] by the Hong Kong Federation of Youth Groups (HKFYG) revealed that of the 528 employees interviewed 51.1 percent were flexible workers — among them, 29.7 percent take part-time jobs, 21.3 percent do temporary work, and 20 percent pick up extra shifts after a regular day job.

Meanwhile, employers find ways to get around the loopholes of Hong Kong's Employment Ordinance. Some employees are hired to work just under 18 hours a week each four consecutive weeks, ensuring they cannot be legally classified as “continuously employed”. That way, they are not entitled to welfare benefits such as paid statutory holidays and paid vacation.

Stagnant wages, skyrocketing rent and an emerging global culture of flexible work: such toxic mix means that even when Hongkongers manage to secure a stable job, they might still take up extra work.

Despite such gloomy predicament, Hong Kong's mainstream media [5] has borrowed the Western term “slash” — presumably proposed in 2012 by author Marci Alboher — to describe this job culture in a rather positive light. Unlike those who juggle various gigs as a means of survival, the “slashie” views flexible work as a choice or a career strategy.

While millennials and new parents are the typical “slashies” portrayed by the mainstream press, not all Hongkongers embrace this new state of affairs. Popular online writer Wu Sai-kwan says:

When Hongkongers talk about #Slash and making a career, they present the ABC scenario:

A. Through courage, determination, talent, wisdom, social connections and hard work, they earn a high income, stability and satisfaction. They almost yell: ‘Mom, I got it!’. This is another version of the Lion Rock spirit [Hong Kong dream], as repeatedly stressed by the Grandpa [pro-Beijing pro-establishment sector].
B. Although not successful, they still manage to survive. They believe that one day they will achieve. They don't blame others and don't ask themselves: why didn't I have a father like Ma Yun [the founder of Chinese multinational e-commerce Alibaba]. Everyday they devote 200% of their effort, they never give up, always with positive energy.
C. [End up becoming] Beggars (period).

Of course, [the] majority of Hong Kong employees are not #Slashers, the dream and the reality are not the same. I believe Hong Kong only has three types of slashers, here is DEF scenario:

D. Second-generation rich/ [they have] someone who can support their dream (ok, ok, I know you are very lucky and happy).
E. Those who live in public housing (they don't have to pay rent).
F. They don't have to pay [a] mortgage, or they even have an extra property and have some rental income.

Wu's comment resonates with the HKFYG's finding, which concludes that reason behind flexible labor in Hong Kong among the youth seems to be more of a survival strategy than a career choice.  [3]The study reveals that while 52.4% of respondents said flexible labor can generate more income, only 16.8% said they do it because they want to develop their career or seek a better work-life balance.

Moreover, flexible workers are highly exploited, as stated in their report:

In the in-depth interviews, the flexible workers have a hard time getting recognition from employers, family members and friends. Their salary is usually less than average, and employers tend to question their work attitude. They are unaware of their labor rights. Most freelancers have not signed [a] contract with the employers and disputes have appeared as they are unprotected. The part-timers also do not enjoy legal protection, some do not know the nature of contract that they have signed with the employers.

The Hong Kong Confederation of Trade Unions [6] also took note of the exploitative situation and urged for [7] more protection of flexible workers, following the United States’ legislation of the Freelance Isn't Free Act [8].

To some extent, the media's cheerful treatment of Hong Kong's slash culture could bring some positive energy for the younger generations. Tang Wai Fung is among those who chose flexible labor to fulfill his dream of being a musician; he explained his choice in an interview [9]:

When asked if being a slash would make him worry about income security, Tang has a theory — freelancing is less risky. If you were teaching 10 students and one left, you would have lost 10 to 20% of your income. If you were a full-timer, once sacked, you lose everything. Freelancing is more autonomous and you can be your own boss. You can choose to focus on teaching guitar or doing performance. You can develop your interest into a career.

People tend to think that ‘slashies’ enjoy more freedom. If you have already made up your mind, you will have to prepare for it and the greatest concern will be economic. Without a fixed income, you need to set a bottom line for your basic monthly income to make ends meet. Although time is more flexible, you need to learn how to manage time well. Without someone senior instructing you on what to do, or a partner-colleague assisting you, you need to bear all the consequences resulting from your decisions.

Unfortunately, given the economic stress in Hong Kong, very few can actively make a choice to be a “slashie”. The majority of the flexible labor market, like some of the world's major cities, seems to be doing it out of bare necessity.