A guide to Pakistan's 2018 general elections 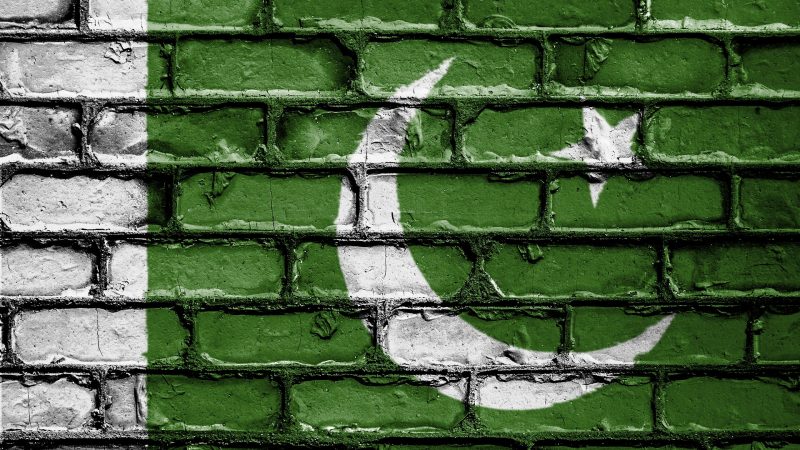 On Wednesday July 25, Pakistanis will go to the polls in what promises to be a landmark election. This the third democratic election to be held in a row in the South Asian country, whose democratic processes have been interrupted time and again — in 1958, 1977 and 1999 — by military coups.

Pakistan is all set to hold General Elections on July 25. Here is the procedure to cast the vote as per Elections Act 2018.#ElectionPakistan#Elections2018 pic.twitter.com/ywanZNAePZ

There are a total of 342 seats in the National Assembly of Pakistan, of which 272 are directly elected or general seats. Seventy special seats are reserved for women and minorities (60 and 10 respectively), filled by proportional representation among parties with more than 5% of the vote — so for a party to win a simple majority, it would need 137 seats.

The country's last general elections in 2013 saw the conservative Pakistan Muslim League (Nawaz) (PML-N), with its stronghold in Punjab — the country's richest and most influential province — win 125 seats and go on to form the federal government. Its leader, Nawaz Sharif, was installed as prime minister — a decision that would come back to haunt the party. During its latest tenure (2013-2018), the PML-N, which has been known to pander to the country's influential religious groups, invested in large public infrastructure projects, including public transit, roads and highways, and electricity.

The Pakistan Tehreek-e-Insaf (PTI), chaired by former national cricket captain Imran Khan, emerged as a major player in the last elections, securing 27 seats — enough to form the government in northern Pakistan's Khyber Pakhtunkhwa province. The party spearheaded major reforms in the health and environmental sectors, overhauling existing public health facilities and planting a billion new trees throughout the province. Interestingly, despite its right-leaning tendencies and its association with religious forces as the need arises, the PTI has managed to attract much of the nation's youth.

Finally, the Muttahida Qaumi Movement-Pakistan (MQM), a northern Sindh-based party which captured the imagination of the public with its efficient street mobilization for immigrants’ rights back in the 1990s, is a surprise contender. Its power base is the city of Karachi, which its has ruled — sometimes by force — over the last decade. Led by the political firebrand Altaf Hussain, who is currently exiled in the United Kingdom and has announced a boycott of the 2018 elections, the MQM has always represented a leftist and a progressive narrative and has often guarded against radicalization in Karachi. On the heels of Hussain's anti-nationalist statements, however, the party has broken into several groups, all fielding their own candidates.

Lead up to the elections

Pakistan's 2018 elections have seen a pretty turbulent buildup. Thanks to the Panama Papers, Prime Minister Sharif was tried on corruption charges, which meant that the caretaker setup had to be put in place in order for the elections process to continue. The prime minister was subsequently convicted of having far more assets than his declared income would allow, and he and his daughter were arrested and jailed upon their return to Pakistan. The pair had been in London tending to Sharif's wife, Kulsoom Nawaz, who is currently receiving cancer treatment there.

The controversy has, of course, led to wholesale confusion in the ranks of the PML-N party, due to the vacuum of leadership left by Sharif's incarceration.

The party to emerge the strongest thus far is Imran Khan's PTI, which has been campaigning against corruption. Pre-election polls show his party to be slightly ahead — evidence, perhaps, that the voting public has grown tired of the same old players and dishonesty in public life, and may want to give someone new a chance.

Meanwhile, the PPP's nationwide election campaign has been forced to a halt over security concerns, following three terror attacks — in the last week alone — in different areas of Pakistan. Other parties are also facing the same warnings similar restrictions, with some of them claiming that these concerns have arisen because of the non-level political playing field.

The battlefield of Pakistani politics has shifted online, with armies of volunteer trolls being recruited to bash rivals and campaign aggressively. The sway of social media opinion is huge — the PTI, for instance, had to abandon a ticket it had given to a convicted rapist, and the PML-N took to social networking platforms to report that its supporters were being blocked from going to the airport to greet their leader, Nawaz Sharif, as he arrived from London to surrender to authorities.

Editor of The Daily Times, Raza Rumi, explained his take on the situation via Twitter:

Hard hitting analysis by @najamsethi – Nawaz Sharif may be in jail facing courts but media, judiciary, parliament & establishment are also on trial. And things will not remain static for judges & media will change conduct in due course for legitimacy. https://t.co/tdUxjlKNGC

On Facebook, blogger Awab Alvi talked about the process of bringing politicians to justice in Pakistan, making the case for PTI as the standard bearer for anti-corruption:

It's been a long hard struggle which truly started with MQM / Altaf Hussain in 2013 and we were handed the Panama papers in 2015 and this movement finally culminated today with the conviction of Nawaz Sharif.

With the polarization of some parties, like the PML-N, and the breakup of others, like the MQM, there are rising fears that the current election scenario gives the religious right a lot of space to step into the political narrative.

In a recent statement, the Human Rights Commission of Pakistan said that the recent bombings targeting both election candidates and political rallies, which killed 170 people, were “blatant, aggressive and unabashed attempts to manipulate the outcome of the upcoming elections”.

While it is critical that the polls are held as scheduled, there are now ample grounds to doubt their legitimacy — with alarming implications for Pakistan’s transition to an effective democracy.

Must watch clip to understand how elections r being manipulated but #PakistaniMedia isn’t allowed to discuss rigging. Anyone whose crosses the ‘red line’ faces reprisals. Media has been told to bash Nawaz Sharif as much it wants but support PTI. Rigging through censorship is on pic.twitter.com/YIlW6Lm0lV

To protect the polling booths, Pakistan’s army will deploy about 371,000 troops on election day, almost three times the number that were sent out for the 2013 elections.