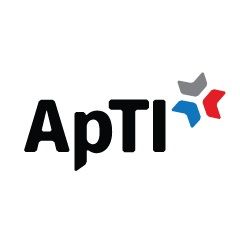 A landmark copyright reform effort proposed in the European Union (EU) could radically upend this system by requiring user-generated content platforms like YouTube to assess the ownership of a piece of content — whether it be video, audio, text or image — before a user can successfully upload the file.

On July 5, the European Parliament rejected the negotiation mandate of the leading committee on the Copyright Directive, JURI. This means that while the proposed directive put forth by JURI has been rejected, debates are still open and any of the 751 MEPs can submit new proposals and amendments. In September, there could be a new vote on this proposal.

Nearly one million people signed petitions and more than 40,000 of European citizens wrote emails to members of European Parliament arguing for modifications to the directive that would ensure protection of their rights and interests.

First put forward by the European Commission in September 2016, the proposed Copyright Directive was intended to be a key part of the EU’s package of measures designed to create a Digital Single Market in the EU, that would streamline networked technologies in order to foster economic and market growth. But this proposal could only detract from the modernisation of the copyright legislative framework within the EU.

Copyright proposals currently being pushed by European governance bodies do not take into account the nature and potential uses of networked digital technology.

By far the most controversial article of the Copyright Directive  is Article 13, unofficially dubbed “the censorship machine” by the open internet advocacy network European Digital Rights (EDRi). The article attempts to hold online service providers liable for the content that users upload. Currently, if an user uploads content that infringes on someone else’s rights or breaks some law, the user is liable and the service provider or platform is protected from liability. If the service provider or platform were to be held liable for the actions of the users, it would become risk-averse. Most likely, this would cause a sea change in the baseline abilities of such platforms, and shift their focus away from user participation and sharing. It would be the end of open sharing.

We have seen a smaller-scale version of this phenomenon play out with the comment sections of various sites: when the site owner/administrator begins to observe undesired behavior on their site, they often  start moderating the comments, lightly at first and increasingly strictly as the times goes. And it all ends up with the author or publication disabling the comment section altogether. In the case of Article 13, online platforms would be forced to implement automatic filtering mechanisms to make sure before every upload that the file being uploaded is not infringing anyone’s copyright.

How would this automatic filtering work? The online platforms would need to implement a filtering based on algorithms used to detect whether a piece of content is infringing or not.

This is very easily said but next to impossible to accurately implement in practice. The number of cases involving content removed in error for alleged copyright infringement are too numerous to count. Two especially absurd examples are  a video of a purring cat was accused of copyright infringement by two record labels,  and a Harvard lecture on copyright issues that was taken down because… claimants said the video violated copyright of a pop song.

The second most controversial article of the EU proposal is Article 11, which introduces a new right for press publishers called “ancillary copyright” (also known as “The Link Tax”).  This is not new in Europe — it was first introduced in Germany and then in Spain, in both cases under intense lobbying from the large press publishers. And in both cases, it proved to be a spectacular failure. Under this new right, the press publishers may need  to ask for payment from people quoting their online content. If the proponents had gotten their way, simply linking to online content would require a fee as well.

This would cause huge imbalance between press publishers and everyone else on the Internet. When ancillary copyright was implemented in Germany, Google News used their market dominant position to negotiate special privileges with press publishers, exempting them from the tax altogether. But smaller news aggregators that didn’t have Google News’ size to swing around, had to close up shop. In Spain, where the law didn’t allow press publishers to waive their fees (similar to Germany), Google News closed up shop as well.

What happened in Spain afterwards was even more striking: A new company appeared, allegedly a dynamic success story of a startup, which provides an Android application on which you can access news articles. While it seemed like a great solution at first, it was soon revealed to be owned by German corporation Axel Springer — the main driver behind this type of legislation in Germany, as well as in Spain and at the European level.

What are the reactions from Romania?

At European level there are large numbers of individuals and organizations involved in this project. We at the Association for Technology and Internet (ApTI) tried to contact the Romanian MEPs, in order to impress upon them the legal, economic and educational effects of some of the articles in this copyright reform proposal.

Out of 32 Romanian MEPs, only four rejected the negotiation mandate of JURI committee, in favor of defending the rights of Internet users both in Europe and in the world at large. Two of them publicly stated their stance on this matter on Facebook.

…I want to point out that, in my opinion, freedom on the Internet does not mean that all Internet content should be free of charge. I agree with copyright protection and the fact that online platforms have to find formulas where authors and artists generally are protected and paid for the use of works.

The problem is that the current wording of Art. 13 does not achieve a fair balance between respect for copyright and the obligations imposed for online platforms. But what is critically missing from this article is the protection of end users. To comply with the requirements of Art. 13, online platforms will be required to introduce automatic content filtering online, including the impact of any uploads, even if it is legal.

Frankfurter Algemeine Zeitung summed it up as follows: uploading a YouTube or Twitter video of a child’s birthday will become impossible if Beyoncé is playing in the background. These automated tools cannot even comply with the copyright directive that provides for exceptions to parodies, criticisms, etc.

But I have to say that uploading is actually impossible if the user is European. I see here again the type of approach that has been used in ACTA: we are imposing stricter rules for Europeans while users from other continents will continue to do what they want. I can not agree with this, especially as this time it would include the sanctioning of completely innocent behaviors or the sanctioning of the creativity of individual European users.

So I will vote against a mandate to start negotiations, but that will not be enough. Debates in the EP plenary, even if there is a democratic instrument in the legislative procedure, are not enough. There is a need for a new text to solve all these problems, that will find a fair balance between the freedom of internet users to upload, protecting copyright and respecting the right of European internet users to express themselves freely, as compared to internet users from other continents.

I believe the success of a normative act lies in broad support from all those involved. Today we would not be in this situation if the proposal of the Legal Committee were not controversial. This shows us that we need to continue the debate and find the means and legal instruments by which the entire creative industry in Europe is genuinely protected without creating obstacles to innovation and the digital economy. That is why I voted against the proposal of the Legal Committee on the Copyright Directive. 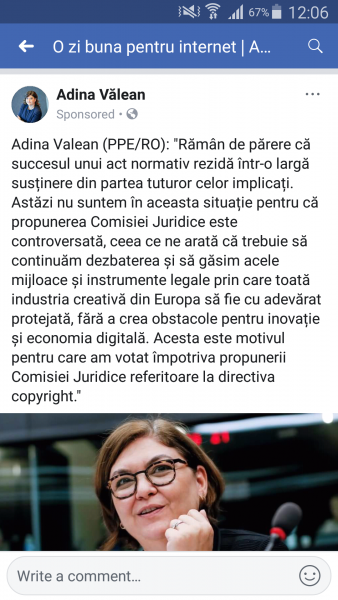 At this juncture, we still need to convince MEPs to submit actual amendments that should guarantee the rights of European citizens.

On August 26 there will be Save the Internet Action Day, an event meant to involve as many individuals and organizations as possible, to send a clear message to EU representative in finding the proper legislative measures to be further implemented.

Written byApTI (Association for Technology and Internet)
Share this: twitterfacebookreddit