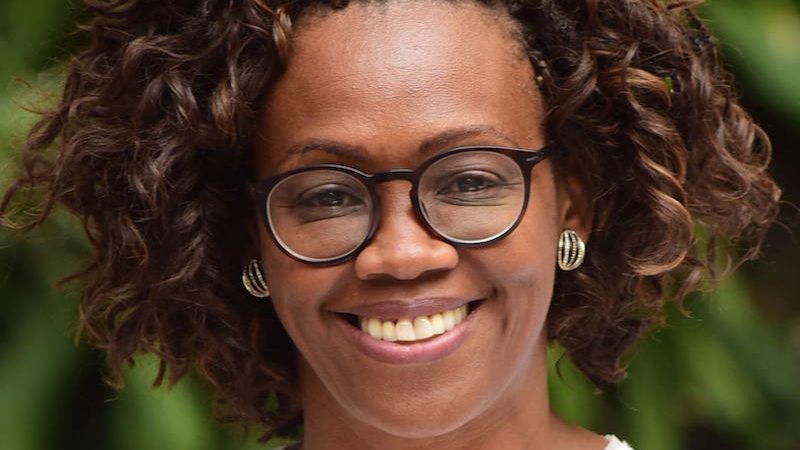 Epsy Campbell Barr recently made history as the first black female vice president to be elected in Costa Rica — and in all of Latin America. Following the vote, her sister, Shirley Campbell Barr, reflected on the significance of a woman like Epsy being present in government in an email exchange with a Global Voices’ editor. Below is an edited and translated version of that email, published with Shirley's permission.

Now that the presidential race in Costa Rica has ended and the media frenzy has died down, it is worthwhile to go beyond the headlines and examine what makes Epsy Campbell's election as vice president such an important hallmark in the political life of the country and the region.

Epsy's win was a reason to celebrate for many communities of African descent throughout the Americas. In Costa Rica, the significance of her election was not really explored in depth at the time of the vote, becoming a topic of discussion rather belatedly. Nevertheless, her rise was the result of the continuous work she undertook within and on behalf of communities of Afro-descendant people, especially women.

Epsy's arrival to the political scene took place in a country with a great democratic tradition, one of the oldest and most stable in Latin America — but at a moment when another candidate running for office threatened to erase years of democratic progress.

The first article in Constitution of the Republic of which Epsy is now vice president may recognize Costa Rica as a multiethnic and pluricultural republic, but that's only a recent development (the previous government amended the text). Costa Rica is a country that has presented and continues to present itself as “white”, the whitest of the Central American region, and that has made the full recognition of its multiculturalism and diversity difficult.

Thus, in Costa Rica, there are several unresolved issues affecting minorities, such as those related to representation and visibility. Even with a National Policy against xenophobia, everyday racism — largely related to educational programs and social interactions in school — remains a problem.

There is still a long way to go, for example, in terms of recognizing how people of African descent participated throughout Costa Rica's history and helped shape its national identity. The school curriculum is supposed to address these issues, but actual didactic material is scarce. In addition, continuous awareness building and training for teaching staff are needed. Intentions may be good, but without concrete plans and measurable results it is difficult to make achievements in the mid- and long-term. This training is necessary because, in many cases, teachers continue to reproduce the stereotypes that limit the possibilities of true intercultural education.

Everyday racism manifests itself in a series of stereotypes about the Afro-Costa Rican population and the areas of the country where there is a concentration of people of African descent, such as Limón province, which is often associated with violence and drug trafficking.

For more representativeness in feminism and social justice activism

I think the core element of Epsy's political activity, in light of the deep mistrust that exists between people and their governmental representatives, is that she remains very attached to her work as an activist and to her own personal experience. Her party certainly capitalizes on her image and the number of people in the sectors she represents.

However, the fact that she now is one of the people's elected political representatives crystallizes the long-standing struggle for Afro-descendant presence in decision-making circles.

For this community, Epsy represents an Afro-descendant consciousness. People of African descent in the Americas know of her not because of her participation in Costa Rica's partisan politics, but because of her work for the rights of the region's Afro-descendant population. Along with several other leaders, Epsy has contributed much to the idea of ​​a black Latin American movement and also a black and Latin American feminist movement.

On that last issue, the struggle has also been internal — confronting white feminists’ resistance when raising issues pertaining to black women. The Latin American feminist movement, like that of other regions, has been rocked by the need to question its precepts in order to incorporate, or at least to consider, the existence of other types of feminism.

The mobilization of black women in the region has brought with it the need to understand that women are not homogeneous. On the contrary, the historical and social conditions of black women undermine the foundations of a movement envisaged according to the same colonial logic that excludes those considered to be the “other.”

If they don't count us, we don't exist

Currently in most of our countries, the political representation of people of African descent is very limited. Afro-descendant communities continue to have lower health and education indices and face major obstacles in accessing acceptable levels of education and health. Therefore, in order to make a tangible difference, it has been vitally important to understand ourselves as a movement, and not only a Costa Rican one, but also one that operates at a Latin American and global level.

One part of the struggle is the presence of Afro-descendant communities in the census. I had the opportunity to work with a group campaigning to incorporate a question about ethnicity in official surveys of population. The process included collaboration with other experts of African descent in several Latin American countries. It's been hard work, and it's not over — some countries still don't include this question because the responsible agencies refuse to recognize the importance of quantification.

If they don't count us, we don't exist.

We know this because, until now, people of African descent haven't had a voice in decision-making institutions when these institutions proclaim what's happening in our own communities. We are not a priority when policies meant to deal with these populations in an adequate manner are formulated.

Only with representation of people from these communities will it be possible to implement coherent public policies and affirmative actions that gradually dismantle inequalities that have existed for centuries.

In these elections, we fought to protect the fundamental rights upon which we have built this country. One of the winning candidates in the first round of the presidential vote was an evangelical Christian pastor and singer whose campaign was based on opposition to the rights of the lesbian, gay, bisexual, transgender, queer and intersex (LGBTQI) community. He also promised to transform the National Institute of Women into the “National Institute of Family” — a very concerning prospect in a country where femicides reach alarming figures.

Although we understand that Epsy is vice president of a small country like Costa Rica, I still think it is a significant fact. It is a step, an example, and an impetus. While Marielle Franco was assassinated in Brazil for being a black, feminist and dissenting voice in politics, Epsy Campbell, a recognized leader of the Afro-Latin American movement, was elected vice president in Costa Rica.

Epsy represents a movement that is growing. People of African descent in Colombia, Brazil, Peru, Ecuador, Uruguay and other countries feel represented. And not because she represents them directly (after all, she is only the vice president of Costa Rica). It's because representativeness matters. Seeing a black woman who comes from this community, and is active in it, is very important.

It is a mirror in which black boys and girls can see and identify themselves.