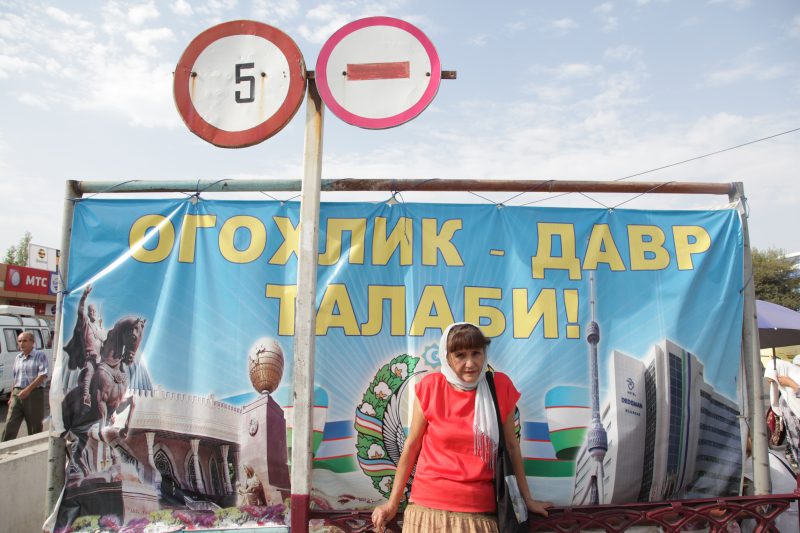 It's all change in Uzbekistan, or so we are told. Since the 2016 death of the country's ruler of nearly three decades, Islam Karimov [1], the ex-Soviet republic of 33 million people has opened its door a crack and pulled up the blinds.

Tourists are increasingly welcome inside the Central Asian republic and the government is looking out to the world too, attempting to secure investments, loans and better relations with the countries that surround its double-landlocked territory.

Karimov's successor, Shavkat Mirziyoyev, has publicly celebrated the legacy of his former mentor, but has also made efforts to distance himself from some of the darkest elements of his long, repressive reign.

But how far will Uzbekistan go in its stated desire to end forced labour [2]? How confident can we be of the government's pledge to end torture in the country's jails [3]? And will it ever accept a critical press and even limited political opposition?

One litmus test of Uzbekistan's potential move away from hardened authoritarianism is the arts. Under Karimov, whose reign began during the Soviet era, film, photography, music and other forms of artistry were all routinely censored, creating a bleak environment for self-expression.

A notable example of this practice was the sentencing of photographer and filmmaker Umida Akhmedova to six months imprisonment in early 2010, after she was charged with defamation and insult, under articles 139 and 140 of Uzbekistan's Criminal Code. Her crime? Showing images of poverty that contravened the narrative of national success trumpeted by state media. She was immediately amnestied but retains a criminal record.

Global Voices last interviewed Umida in 2015 [4]. We spoke with her again in June 2018, some months after she received a curious and unprecedented invitation to exhibit her latest works at a private gallery in the Uzbek capital Tashkent. She was asked to present her work alongside the work of her husband, filmmaker Oleg Karpov.

Does that mean she is optimistic about the future for art in the region's most populous country? In a word, no.

Global Voices: Umida, a lot has happened since we last spoke! Was it a surprise to you that you were allowed to hold an exhibition for the first time in Tashkent last year?

Umida Akhmedova: It was not that we were allowed to, the idea was proposed to us and it was not a surprise. It was immediately clear that this was not an independent decision on the part of the gallery and rather part of the government's games. At the time, Mirziyoyev was planning to go to the United States and authorities were doing a lot of work in terms of improving the country's image. Why did we agree to go along with it? Because I live here! At any rate, the theme of our exhibition was not so “sweet” (from the government's point of view). It was titled “Meek Sky” in contrast to the “Peaceful Sky of Karimov” mentioned in the state's celebrations of his life.

The experience of Soviet dissidents teaches us that it is possible to play with the government — if only for short periods of time of course — when your services are suddenly in demand. You can show your opposition in a passive sense. We decided to play at this old game.

But the name of the exhibition — Meek Sky — plus some of the video footage we used gave the exhibition an anti-Soviet feel. Sure enough, the subsequent reaction of the government was sufficiently “Soviet.” At night someone came and fired shots from an air pistol at the glass panels of the art gallery!

GV: Do you really think that happened because of your exhibition?

UA: The owner of the gallery tried to persuade us that my exhibition wasn't the reason. Before that she had been a victim of dirty tricks, she said. But Oleg and I think that it was because of my exhibition.

GV: It seems that many things have changed in Uzbekistan under President Shavkat Mirziyoyev, but also that much has stayed the same. Would you agree with that?

UA: Some things have changed. It is now possible to take photos in Tashkent metro, for instance. [Editor's note: Under Islam Karimov, photography inside Tashkent's ornate subway stations was banned as the stations were viewed as “strategic objects”]. Also it has become easier in the airport and crossing borders. There is now a visa-free regime between Uzbekistan and our neighbour Tajikistan. Some of the roads [at the border] that Karimov closed have now been re-opened. And of course, a number of political prisoners have been released.

But then again, foreign media still struggle to get accredited and opposition websites are still blocked. Tashkent city is mindlessly destroyed [by over-development]. Just as previously, Uzbeks need to leave the country in search of work. The president calls back Uzbeks from exile, but then they are arrested when they return, despite some of them already being citizens of other countries. This is a worrying signal! Real reforms are not underway, just an appearance of reforms. The political elite has been overhauled, but not necessarily for the better. 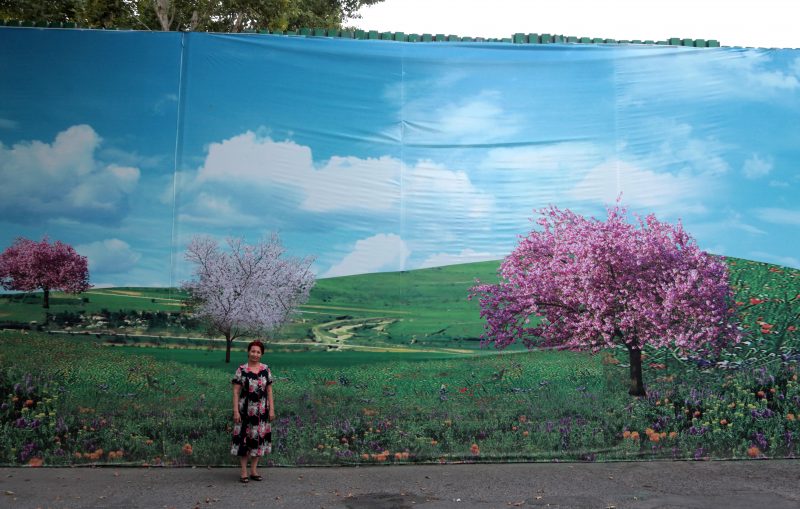 GV: I saw recently that state television in Uzbekistan was showing images of poverty in Uzbekistan's regions — precisely the thing you were criminally punished for. Does this mean that things will get easier for artists? How have any of these political changes affected art? What themes are artists still unable to cover?

UA: I definitely don't think things have changed for artists, just because we were able to do one exhibition in a private gallery. The priority is still given to pompous and empty ideological projects, like “Cultural Heritage of Uzbekistan in Meetings Across the World.”

Official propaganda sometimes allows itself to show a less rose-tinted life, but always selectively and usually only with the president's say-so. Things that artists cannot do? Criticise the new authorities, their reforms, or the president. Or cover relations with Russia, which are neo-colonial in nature.

[Editor's note: Uzbekistan's delegation at the United Nations recently said [5] that reforms in the country would not extend to rights for LGBT citizens. Same-sex relations remain illegal in the country. Some analysts have noted that social conservatism is gaining an even stronger public foothold [6] under the new administration, with obvious implications for censorship.]

GV: Your husband Oleg is a filmmaker. Has he felt any changes?

UA: Oleg has made and will continue to make films and it never occurs to him to ask anyone's permission. Another matter is working with the filmmaker's association and holding film festivals. I don't think he has a desire to do this and our perestroika (reforms) haven't so far allowed any space for this. We did do some film screenings in the same gallery where we held the exhibition but ran into problems because the organisers did not want to take any risks. Now we are not doing any screenings there anymore.

See also: Umida Akhmedova оn the burden of censorship and being a female artist in Uzbekistan [4]