Ugandans say #NoToSocialMediaTax because it exploits women, youth and the poor 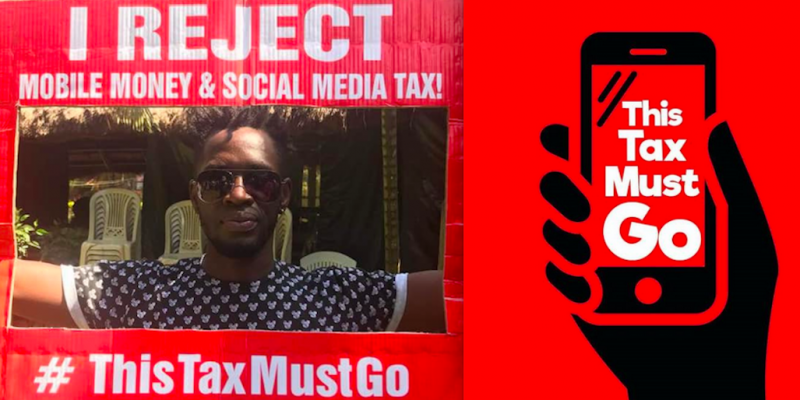 Ugandans are standing up against a new tax on social media and Mobile Money.

With Uganda's average GDP per capita at USD $604.00, daily use of social media or messaging apps could eat up three percent of the average Ugandan's annual earnings.

The fight to resist the social media tax took a legal twist on July 2 when concerned citizens approached the courts, claiming that the tax violates Uganda's constitution.

Petitioners argued that the tax contravenes the human rights of Ugandans as enshrined in “the specified provisions of the 1995 Constitution of the Republic of Uganda”.

The petition, filed by a team of young advocates under their Cyber Law Initiative (U) Limited and four individuals, Mr Opio Bill Daniel, Mr Baguma Moses, Mr Okiror Emmanuel and Mr Silver Kayondo against the attorney-general, is challenging the Constitutionality of the (200 USH) [$0.05 USD] daily charge for access to social media platforms.

The petition is particularly targeting several sections of the Excise Duty Amendment Act 2018, which provided for taxes on Over The Top (OTT) services from mobile telephone usage.

The tax threatens fundamental rights to freedom of speech and access to information which are not only guaranteed by the Ugandan Constitution but also protected under international treaties including the International Covenant on Civil and Political Rights and the Universal Declaration of Human Rights — Uganda is a signatory to both documents.

The petitioners also implored the court to issue an order that will permanently halt payment on the social media tax. PCTech magazine reports:

They want the court to issue an order, permanently stopping the government and all her agencies, authorities and officials from imposing any tax on internet or social media usage. In addition, they also want an order, directing the government and government regulatory body of the communications sector; Uganda Communication Commission (UCC) to only regulate OTT services in a manner that guarantees free access, net neutrality, and open internet.

Ugandan lawyer Silver Kayondo vowed to “fight up to the African Court on Human and Peoples Rights”:

#SocialMediaTax Petitioners have been joined by Raymond Mujuni in defence of OTT journalistic sources and #digital broadcasting. On our way to Court to file against the AG. UCC and URA added for consequential Orders. We'll fight up to the African Court on Human and Peoples Rights

The Global Voices community, which we represent, has also taken a stand on the issue and organized a tweetathon in solidarity with activists in Uganda, set to take place on Monday, July 9. 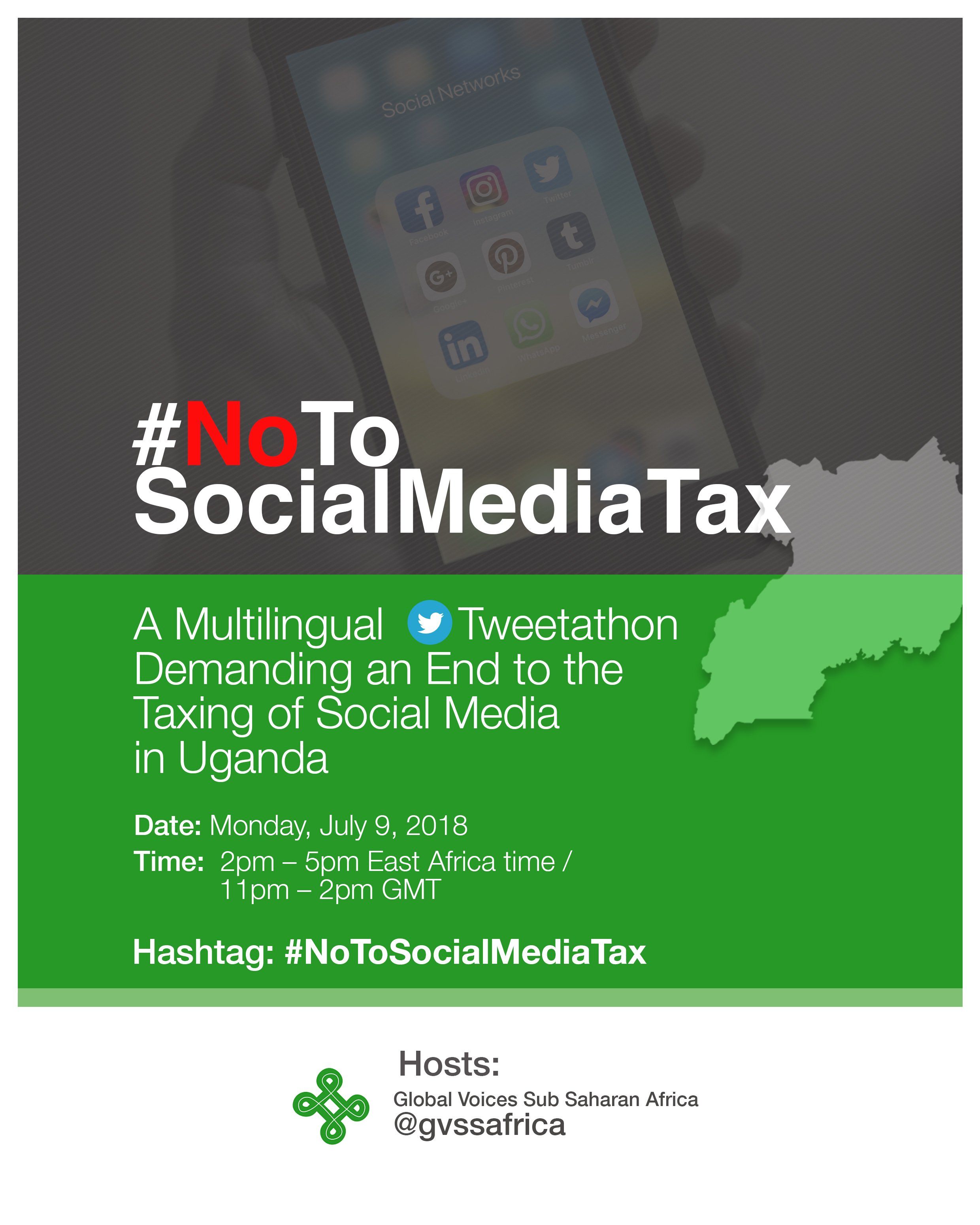 As the legal battle ensues, questions around equity, justice, and access remain and need further investigation. According to a survey by the National Information Technology Authority, 77 percent of Ugandans cannot afford basic internet usage costs and only 22 percent of the total population currently uses the internet.

Rather than investing in infrastructure that could expand Ugandans’ access to broadband connectivity, the government has imposed a social media tax seriously limits access while bringing more money to its own coffers.

Critics see the tax as a form of double taxation because airtime and data were already taxed. Now, many users say they simply can not afford to pay the extra 200 USH per user per day to access web-based social and communication platforms, also known as over-the-top (OTT) services.

The tax widens the internet access gap not just for Ugandan youth and the poor, but also for women, furthering the gender digital divide.

Uganda struggles with one of the highest unemployment rates in East Africa. A 2014 Ugandan census report indicated that out of over 18 million people between the ages of 14 and 64, 58 percent were unemployed. At the same time, 52 percent of Ugandans owned mobile phones and 71 percent of these users live in rural areas, according to a 2014 report by the Uganda Communications Commission.

Youth ages 15 to 24 years old are on the frontlines of smartphone usage and make up 28 percent of the population. Many rely on their phones and on WhatsApp to engage in businesses that run on mobile money. They say they feel that the social media tax will only stifle entrepreneurship, ease of business, and creativity.

The Collaboration on International ICT Policy in East and Southern Africa (CIPESA) points out that just one gigabyte (GB) of data will now cost users nearly 40 percent of their average monthly income:

Part 1: The cost to connect for #Uganda’s poorest will jump by 10%, resulting in just 1GB of data costing them nearly 40% of their average monthly income. The richest Ugandans will experience an increase of 1% in their cost to connect! @A4A_Internet
#SocialMediaTax pic.twitter.com/aiYTtNReky

An affront to already over-burdened citizens

The social media tax comes on the heels of the controversial social media “gossip tax” in April 2018 and is seen as an affront to already over-burdened citizens. At that time, President Museveni wrote:

I am not going to propose a tax on internet use for educational, research or reference purposes… these must remain free. However, olugambo (gossip) on social media (opinions, prejudices, insults, friendly chats) and advertisements by Google and I do not know who else must pay tax because we need resources to cope with the consequences of their lugambo.

The government's categorization of social media platforms as a luxury activity exposed a deep lack of digital literacy among policymakers in the Museveni government.

Ugandan journalist Daniel K. Kalinaki succinctly summarized the impact of both the “gossip tax” and the “social media tax” on everyday Ugandan citizens:

There are basically two problems with the social media tax. First, it shoots the wrong person twice: A Facebook user has already paid tax on the mobile phone, data and electricity; they are, except in a few cases, the product, not the revenue. The tax is like taking money at the gate then also charging for the seats in an empty stadium.

Secondly, people generally don’t gossip or insult others for a living; they do so because they are idle, sad and often unemployed. Imposing a tax to keep them quiet is the cyber equivalent of asking starving people who don’t have millet to eat red velvet chocolate cake instead. This and the mobile money tax have taken many young and poor people, including many in the countryside who have never paid a direct tax, through the organ grinder of our tax system. You can hear the screams from Kidera to Kyotera. 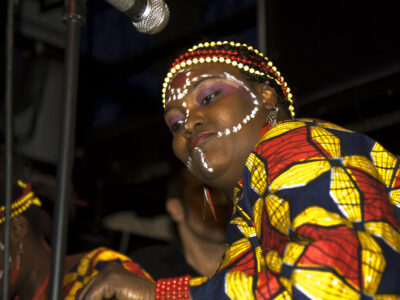