Months after the devastation of Hurricane Maria, Dominica launches a tree-planting campaign, but is it enough? 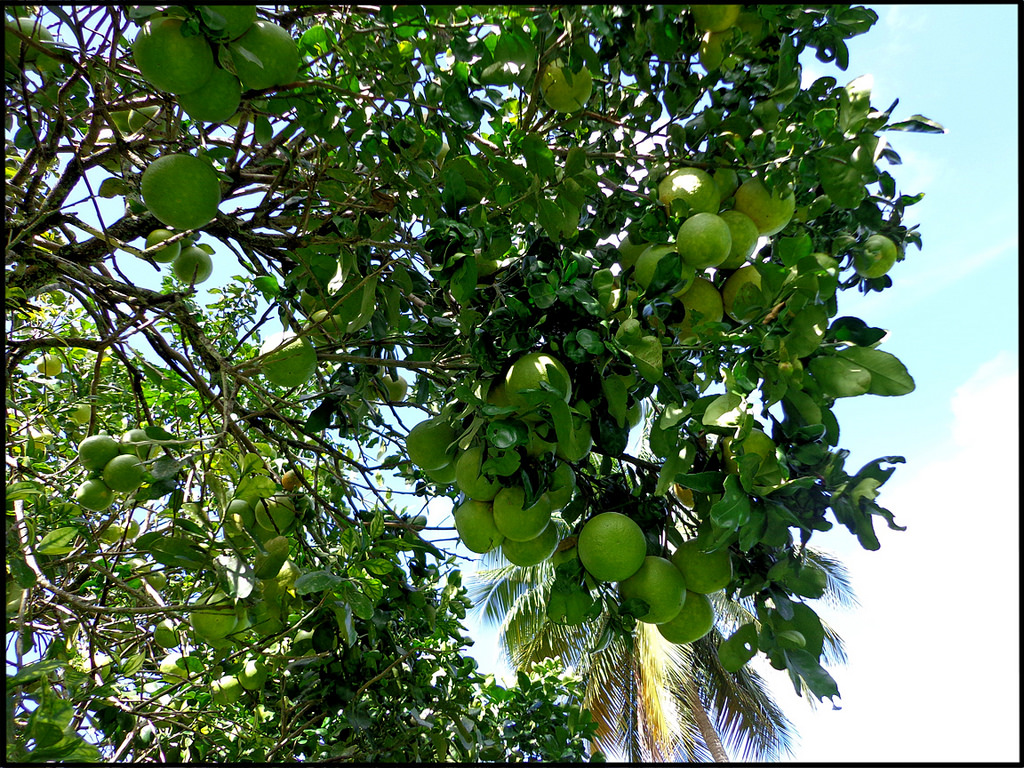 This post is part of Global Voices’ effort to track citizen media stories of hope and resilience after the 2017 Atlantic hurricane season, through its partnership with Covela Foundation and the Organisation of Eastern Caribbean States (OECS) for the Caribbean Voice initiative.

Dominica's new tree-planting initiative is sowing seeds of hope as citizens rally to rebound from the ravages of Hurricane Maria, the Category 5 storm that hit the tiny Caribbean island on September 18, 2017. Living conditions in Dominica have been tough ever since, as Maria caused widespread devastation, but the tree-planting drive is being welcomed as a small but significant step toward normalcy, even as so much more remains to be done.

Prime Minister Roosevelt Skerrit announced the initiative on his Facebook page, sharing photos of himself and many other volunteers who participated in the initiative:

Over the weekend I spent some time planting over 80 trees that will one day bear avocados, soursop, carambolas [starfruit] cashews, cocoa, coffee and various varieties of citrus, mangos, guavas and cherries.

I am encouraging every family in Dominica to plant a fruit-bearing tree, because it is important that we continue to feed ourselves as a nation.

Finally, I'd like to remind you that World Environment Day is tomorrow and this year’s theme is ‘Beat Plastic Pollution: If you can’t reuse it, refuse it’.

Social media users praised the prime minister's rebuilding efforts and investment in the nation and suggested that other members of the governing party should get involved. One Facebook user on Skerrit's page left a comment saying he was pleased with the message being sent to eat locally grown food.

The replanting effort seemed to be so well subscribed that some netizens were having trouble sourcing plants.

But for others in the agricultural field, this initiative does not seem like enough to sustain them. According to the National Hurricane Center's Tropical Cyclone Report released in April 2018, Dominica's agricultural sector was largely eliminated after Hurricane Maria, and many families whose livelihoods depended on farming have since struggled for income.

A January 2018 disaster profile on the island conducted by ACAPS, a Norwegian non-profit that offers independent humanitarian analysis, said that because of Hurricane Maria, “around 24,000 people became severely or borderline food insecure”:

The hurricane severely damaged farm housing, irrigation infrastructure, feeder roads, livestock production, forest reserves, and fishing boats. Self-sufficiency has been a priority to speed up the recovery process: the country currently depends on shipments of food relief from regional and international stakeholders. Fast-growing food crops were identified as the priority, including seeds for tomatoes, eggplants, pumpkins, sweet pepper, spinach, lettuce, cabbage, and kale. Four major sites were identified as strategic areas for replanting interventions: Roseau, the Northeast, the Southeast and Portsmouth, with the Portsmouth community, located in the north of the island, being particularly important as it provides the hospital food supply.

The young farmers and even some of the older heads can't afford fertilizers and chemicals to treat our farms. Why can't the farmers be treated better in this little country? We struggle too much to run our little farms with [our] low income. Help us Lord for I know not what the next generation brings?

The second part of the prime minister's message regarding the plastic pollution was just as urgent to some citizens. Facebook user Elizabeth Williams had a few suggestions:

Great job well done
However, it is very simple to solve or curb the problem of the plastic pollution Mr. PM
Please put a ban on all Styrofoam and plastic products imports
Then please remove the import duties on the paper products which will replace the plastic usage and reduce the pollution tremendously
Immediate education to the public on the introduction of Recycling – install a recycling plant Stat and implement and execute.
No shop talk. Action.
Reduce. Reuse. Recycle.

A practical example of fruits of thy labour. Thank you for mentioning the plastic situation. Can we expect a date soon when plastic bags are banned in Dominica?

There was no response to her question on the thread.

A few people were not convinced by the show of environmental allegiance, suggesting that the whole affair was merely a political show. Facebook user Roland Rogers Arnold challenged the prime minister on his policies, saying, tongue firmly in cheek:

Leading by example…how original. Food security is priority number one. Have you kept Monsanto and their glyphosate of the island? Salut!

Monsanto was the controversial United States agrochemicals giant recently acquired by Bayer whose products, including glyphosate, a potent weed killer, have been linked to environmental contamination, disease, and even death, particularly in developing countries whose laws may not be stringent enough to hold dangerous products and practices to account. However, there has been no confirmation as to whether or not its products have been used in Dominica as far back as in the aftermath of Tropical Storm Erika in 2015.

As the 2018 Atlantic hurricane season draws closer, time will tell just how effective Dominica's rebuilding and hurricane preparation efforts have been thus far.