Was a Japanese cybersecurity expert murdered by an online troll? 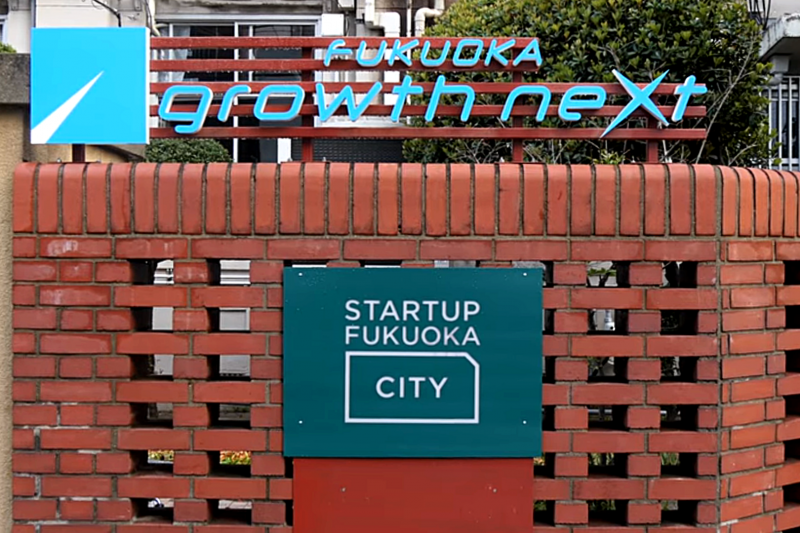 Fukuoka Growth Next, a startup community hub that was the scene of Hagex's murder. Screenshot from YouTube

On June 24 2018, a well-known Japanese blogger was stabbed to death at Fukuoka Growth Next, a coworking space and tech startup incubator located in the western city of Fukuoka. The victim, Okamoto Kenichiro of Tokyo, had been scheduled to give a talk about how to deal with online harassment. Instead, he was murdered — allegedly by one his own trolls.

By day, Okamoto — who was also known by his semi-anonymous identity Hagex — worked as a cybersecurity consultant and writer. But as Hagex, Okamoto was harassed for years by a well-known Internet troll called Teino Sensei (Mr. Idiot) — supposedly the same man who would track him down in real life and murder him:

On his popular and prolific blog, Okamoto, using his online persona, had promoted his upcoming talk at Fukuoka Growth Next, a tech startup office space located in a beautifully restored elementary school. With one of the youngest populations in Japan, fast-growing Fukuoka offers a high quality of life compared to sprawling Tokyo and has, in recent years, branded itself as a “startup city“, offering incentives aimed at attracting tech entrepreneurs and growing Japan's tech economy.

Okamoto's talk was intended to provide Fukuoka's tech community with the tools to stay safe online, but in a tragic twist of fate, his own safety was not guaranteed. According to news reports, when Okamoto made a trip to the lavatory at Fukuoka Growth Next, the assailant stabbed him several times; Okamoto died at hospital later that evening.

The murder made national headlines in Japan. Until his talk in Fukuoka, few people — if any — made the connection that Hagex and Okamoto were the same person. Okamoto had reportedly done a good job of keeping his online identity hidden:

There's been a murder at Growth Next (formerly Daimyo Elementary School. The victim is someone named Okamoto Kenichiro, but doing an image search, he looks a lot like Hagex. #DaimyoElementary #hagex #murder

On the night of the attack, someone claiming to be Teino Sensei acknowledged responsibility for Okamoto's death on an Internet forum. The very next day, a local man named Matsumoto Hidemitsu turned himself in at a Fukuoka police station, where he produced a bloodied knife from his bag. He had learned where Okamoto's talk was going to be held, and waited in the building for a chance to attack. Asahi Shimbun later reported that Matsumoto told police he “held a grudge against [Okamoto] over Internet exchanges” and “thought [he] would kill him”.

Though this has not been officially confirmed, in the aftermath of the murder it's now believed that Matsumoto was indeed Teino Sensei, who frequently trolled and harassed Okamoto and others on Hatena, a blogging and social networking platform that is extremely popular with Japan's tech subculture.

The site includes a popular social bookmarking feature that allows Hatena's users to tag and discuss bookmarks. Via his alleged online persona, Matsumoto abused this feature by using multiple identities to spam various Hatena users — including Okamoto — and making the bookmarking service difficult to use. Using hateful and abusive comments, Matsumoto turned spamming into a constant stream of trolling.

Writing online as Hagex, Okamoto responded in kind, regularly teasing Teino Sensei. Hagex also kept track of Teino's abusive behavior on the internet, and coordinated efforts to track and shut down the troll's user accounts as they appeared. In a blog post on May 4, 2018, Okamoto explained how Matsumoto constantly created new online IDs to harass Hatana users:

There's a troll called Teino Sensei. Using (Hatena Bookmarks’) ID Trackback feature, he was able to troll numerous other users again and again. Of course, his accounts are immediately frozen, but he just creates new ones and continues his abusive behavior.

On the Hatena platform, an ID Trackback (known as an IDコール or ID Call) tags a specific user on the platform, rather than a blog post or bookmark. Each time a user is mentioned, they receive a notification.

In his blog post, Okamoto noted that another blogger on Hatena's anonymous blogging site AnonymousDiary had tracked at least 200 different Hatena IDs that Matsumoto had created between 2016 and 2018.

Okamoto also noticed that Hatena was starting to discover and freeze Matsumoto's new accounts more quickly, quite likely because other users were reporting him. Still, Okamoto said that Hatena should be more proactive about dealing with this troll:

Hatena ought to sue Teino Sensei for interfering with their business. And while I'm pretty used to this kind of trolling and have no problems with it, most people who are suddenly confronted by this sort of abuse are going to be frightened.

Following the attack, Fukuoka Growth Next closed for two days in order to update and potentially improve its site security, according to a Facebook post that expressed condolences to Okamoto's family.

The situation has provoked a strong response online. One tweet, shared thousands of times, pointed out that the dispute was not specifically between Hagex and Teino Sensei:

I wish people would stop saying Hagex brought it on himself by engaging in a flame war (with Mr. Teino). Mr. Teino has long been a troll, and has engaged in making imbecilic, hateful comments to everyone around him, so much so that he earned his nickname (‘Mr. Idiot). The only person who was actively monitoring (this troll) and trying to do something about it was Hagex.

For now, Matsumoto is being detained on suspicion of murder. He will be charged following a preliminary investigation that could last several weeks.