The women behind Armenia's “Velvet Revolution” 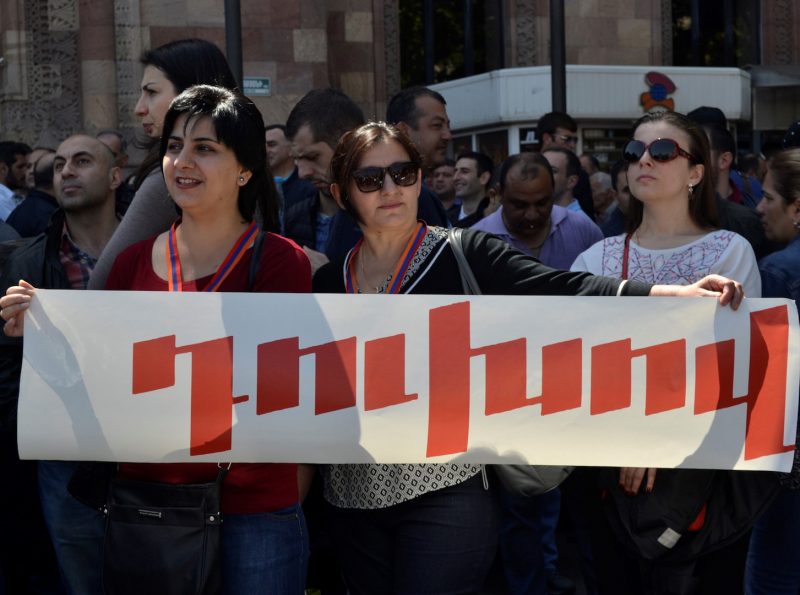 The following is a partner post by Global Voices’ partner Chai-Khana.org. Text and video by Aren Melikyan.

Women are part of the reason Armenia now has the prime minister it does. Yet for many, the “revolution” that brought reform-minded protest leader Nikol Pashinyan to power this May has only just begun.

The thousands of women who took to Armenia’s streets for roughly 40 days this spring were protesting not only for a change in government, but for their rights in a traditionally patriarchal society.

For three of these protesters — Maria Karapetyan, 30, head of development for the Imagine Center for Conflict Transformation, Avnik Melikyan, 22, a project coordinator at the non-profit Society without Violence and 23-year-old political activist Lilith Baghdasaryan — that requires more than just a seat in parliament or in the cabinet.

It requires changing attitudes and giving more Armenian women the skills they need to hold power.

In that respect, these women protesters are, indeed, “revolutionaries.”