‘Internet is not for the Tajik language'? A crowdsourced soccer blog marks 10 years 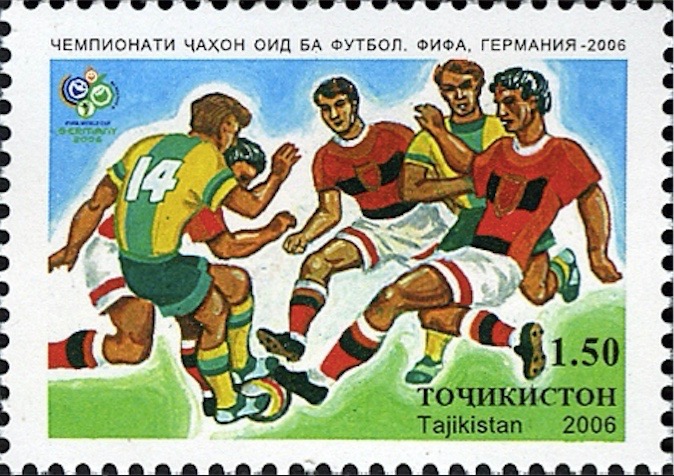 Tajik stamp commemorating the 2006 World Cup in Germany, for which Tajikistan did not qualify. CC2.0.

When I founded the first ever online platform covering Tajik football in the Tajik language in 2008, no football club had any official online presence. Local media in my former Soviet Central Asian country, whether Russian language or Tajik language, covered the results of the games in the local league only sporadically. At that time, if you had looked for the Tajik football league table online, you might not have found it anywhere.

Ten years on, “Football of Tajikistan” continues to serve my country and my people as a reliable source of information and space for discussion about the beautiful game. Moreover, this rare online initiative has now reached a new level thanks to its followers on social media.

The hunger for information on Tajik football and especially in the Tajik language was immediately obvious— less than two weeks after coming online on May 12, 2008, the blog celebrated its 1,000th visit. While that might not seem like much, in Tajikistan, where Internet connections are slow and expensive, it's significant. Even today, privately funded news websites struggle to get similar numbers of visitors.

The blog's success was rooted in the fact that it was providing information online that even the Tajik league's clubs were not offering. As far as I know, the first football club with an online presence in Tajikistan was FC Vakhsh in April 2010. The club website was administered by someone I taught how to use WordPress. Incredibly, up until March 2012, the Tajik Football Federation itself had no website.

At the World Cup in Russia this summer, Central Asia will be supporting Mohamed Salah

“Football of Tajikistan” provided a full table after each match day, including information on goal scorers; documented the progress of Tajikistan's national and club sides at different Asian competitions; pioneered polls and brought BBC-style live text from matches between the football world's powerhouses to a local audience through translations into Tajik. 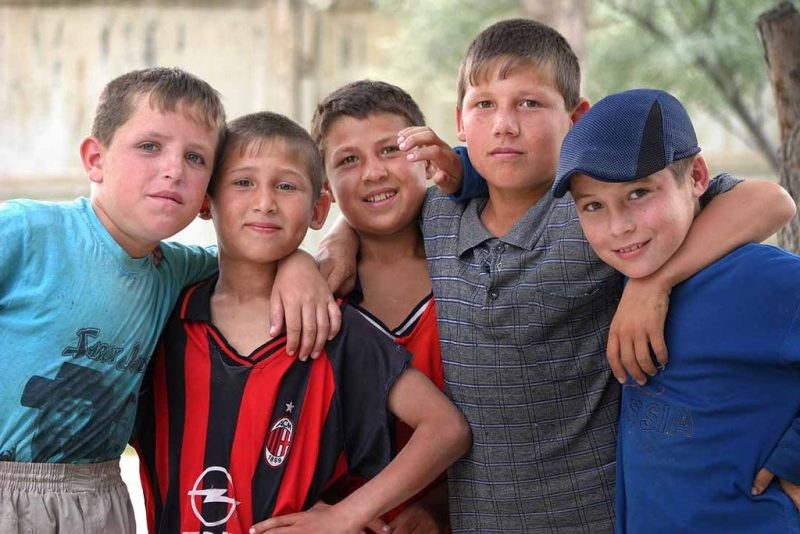 Football is popular across Tajikistan. Photo by Steve Evans. CC 2.0.

The main challenge the blog faced in the early days was publishing accurate, timely information about games that were not covered anywhere else. That is where I have a confession to make—I had volunteers. Many of them!

Professional sports reporters writing for local newspapers and ordinary football fans-turned-citizen journalists were my ears and eyes at stadiums across the country. Every weekend, as soon as the referee's whistle ended a match, thousands of interested readers would know where to go to see the result, especially as the newspapers would sometimes only go to print the following Thursday.

Gradually, the blog added in-demand analytical products to its bread-and-butter match reports. The “Futboldon” (“football connoisseur”) section that allowed readers to compete on predictions of outcomes of domestic and foreign games was especially popular. The site also offered a glossary of key football terms translated into Tajik. During the Soviet period, these terms were mostly rendered in the Union's lingua franca, Russian.

After five years of hyperactive blogging, however, I found that I had a shrinking amount of free time to commit to updates. With family and other work commitments, I needed others to shoulder the data entry burden.

Luckily, the rising popularity of Facebook in Tajikistan at the time provided a readymade solution to the problem. I created a group, which is now administered by Daler Fayzov. Although I have never met Daler in person, I have watched him gradually grow into our community's most important voice. Somehow finding time outside his day job as an accountant at a local hospital, Daler added new administrators to the group, raised engagement rates with group posts to 1,000 people a day and represented our group on television talk shows covering local sports. He is one prominent example of how the blog turned into an incubator for fresh football journalism talent. Two other former administrators used the blog as a platform to launch themselves as professional sports journalists.

The Tajik language is the state language of Tajikistan. Prior to 1917 and the Bolshevik revolution, the language was rendered in a version of the Persian alphabet used for fellow Indo-Iranian languages spoken in Iran and Afghanistan. The conversion of the language to Cyrillic from 1930, after a brief period where the Latin alphabet was used, distanced Tajik speakers from the rest of the Indo-Iranian world.

As my blog's “About” page explained, “Football of Tajikistan” had only two goals: “To contribute to the promotion of Tajik language online, and to contribute to raising awareness about football in Tajikistan.”

At the time my blog was born, the number of Tajik-language websites could be counted on two hands. Most local websites preferred Russian, since a large part of the Internet-using population was urban and had attended Russian schools. That language also made online content accessible to readerships in other ex-Soviet countries.

During its early days, my blog would sometimes receive comments like this one, from a Tajik-speaker confused at seeing a website in his native language.

Internet is not for the Tajik language!

But a decade on, no one finds it so unusual anymore. “Football of Tajikistan” has become a well-established space not just for information about the local game, but for discussions about the global game in our local language.

I'd like to take this opportunity to thank every single person who contributed to “Football of Tajikistan” during these ten years and made a dream come true. While it did not bring a single cent to anyone, its contribution to the Tajik language and Tajik football has been invaluable. Hopefully, one day those in charge of Tajik football will do justice to it, as many fans and followers have already done.