Agitated debate revives over the destiny of Mexico's protected waters 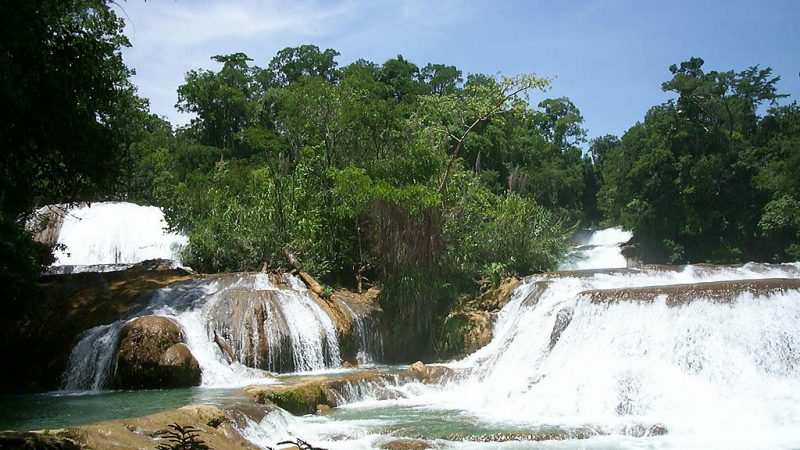 In the days leading up to Mexico's presidential election, the nation is once again debating the destiny of its water ressources after a news article warned about the supposed privatization of the national water reserves. According to the article, the political move had taken advantage of people's attentions being distracted by Mexico's first World Cup 2018 game.

After the online news site Sin Embargo published the story, a dozen national media channels reproduced it. This follows the signing of ten presidential decrees on June 5 #DíaMundialDelMedioAmbiente (World Environment Day) that modifies the legal status of protected water reserves.

With hashtags #PrivatizacionAgua (water privatization) and #ReservasDeAgua (water reserves), a polarized online debate continues. On one side, netizens claim the story is ‘fake news’ since the decrees were not signed on the day the report said it had happened (the day Mexico's game at the World Cup). They also point out the fact that these decrees do not constitute privatization. On the other side, those who question the move say the emitted decrees make it possible to carry out improper exploitation, increasing the possibilities for future environmental and social damage:

Digital armies, in addition to news sties Regeneración and Sin Embargo news sites diffused (and still do) that the water had been privatized while we were watching the Mexico vs Germany game. This is not true. That Fake News is trying to using anger as the principal impulse to vote for “you know who”.

The Secretary of Environment and Natural Resources under the National Water Commission issued a statement claiming that the decrees in question are to supply the public with water fit for human consumption and that environmental conservation will adhere to international recommendations. Meanwhile, the World Wide Fund (WWF) for Nature qualified the decision to change the “closed area” to “reserves” as positive and “historical“.

Privatization of the water? On the contrary: enough water, for the environment and for the people. This is our position on the Agua Reserves decrees .https://t.co/MCzaNv6Mba

Water for All, a network that unites villages, communities, and water defense organizations and also authored the Citizen Initiative of the General Law of Water, started an online petition to reverse the presidential order and the Autonomous University of Mexico recently held a press conference about the issue.

Reading will make you realize that Water Privatization is not just some slacktivist bullshit.

What are the risks?

Between the qualifications of “excellent” and “terrible”, and silence from key actors such as the Coalition of Mexican Organizations for the Human Right to Water and the Mexican Center of Environmental Law, different media have tried to find data to clarify if the new decrees jeopardize the human right to water and ecosystems or not. The newspaper El País obtained opinions from seven academics, some of whom promoted the 2012 reform to Article 4 of the constitution that recognized the human right to water:

The issue of the #ReservaDeAguas (Water Reserves) is not new. The decrees are a continuation of annotations already made by the OSC and @CNDH, collected in an investigation by @PdPagina. Here is some useful background information to understand the context of  #PrivatizacionDelAgua https://t.co/JA4UXS7xd9

The article's headline reads: 55 percent of national waters in risk due to lifting of closure.

Because the content and scope of the recently published decrees lack clarity, many internet users participating in the debate are asking those who usually do not follow this issue to thoroughly review all of the sources and contexts of the discussions. The main concern is to avoid reducing this issue as an election matter and instead, recognize that the debate should include all the elements contributing to conflicts linked to water ressources in Mexico. With this in mind, Twitter users have taken their online spaces to explain through threads some of the complexities surrounding the discussion.

Efforts to appropriate water for private exploitation has been a theme in Mexico that the outgoing government has continued. Examples of these attempts can be found in the #LeyKorenfeld case in 2015 and the #LeyPichardo case in 2018.

In this current context, the reach of the legal definition of “public utility”, as well as the location and availability of 55 percent of the water reserves in the Mexican territory, will be of paramount importance. The prime concern of those who denounce these decrees is that the government is trying to do through executive privilege what it was not able to accomplish legislatively because of widespread rejection from the public.