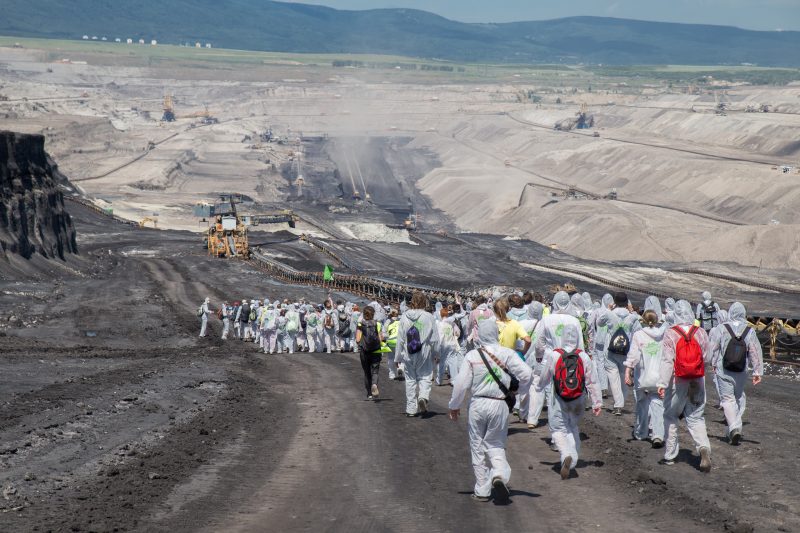 Limit jsme my action shutting down the Bílina lignite mine in 2017. Photo: Ondřej Bratoň / Limity jsme my

This article is based on a piece originally published on 350.org as part of a partnership with Global Voices. It was written by Radek Kubala, Josef Patočka and Antonie Bernardová of the Czech climate justice coalition Limity jsme my.

Libkovice could have been a very pleasant place to live. Lying along a stream on the foothills of the majestic ore mountains that separate Czech Bohemia from German Saxony, the village used to be home to several hundreds of people. It had its own bakery, a typical countryside inn, and reportedly quite a strong communal spirit.

Regrettably, Libkovice is no more. It has followed the fate of dozens of other towns and villages in the North-Bohemian basin, destroyed to give way to giant open-cast lignite pits.

The people of Libkovice were the last to go. The town was razed to the ground in 1992 and 1993 despite fierce resistance by the local community and the nascent environmental movement. It was a wake-up call to the reality that the new democratic conditions were not going to make everything perfect. They and their town remain a symbol of the toll that the coal industry takes on the environment and its people. 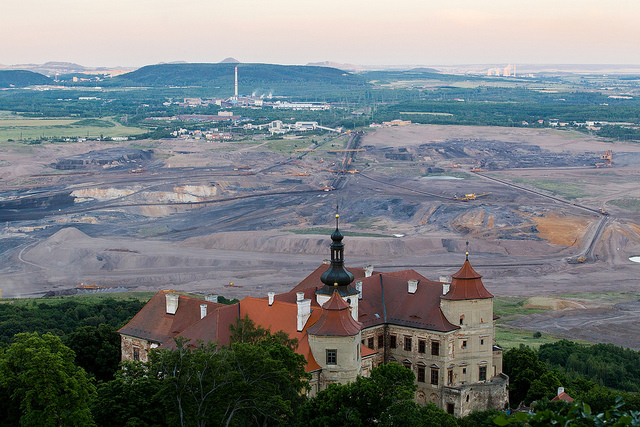 Today, just a few minutes’ walk from where Libkovice once stood, a new generation of climate justice activists is organizing the anti-coal “Klimakemp,” now in its second year. We are taking on the fact that despite this painful history, the Czech Republic (together with Germany and Poland) remains one of the coal power-houses of Europe.

The Czech government plans to continue mining and burning this climate-wrecking fuel into the second half of this century. More than half of the country’s electricity comes from coal. Because of this, the Czech Republic remains one of the largest CO2 emitters in the European Union in terms of per capita emissions, sharing its fourth-place ranking with the Netherlands. Despite also being one of the largest net-exporters of electricity on the continent, it continues to run a dozen old, obsolete power plants from the 1970s and 1980s. Their annual production corresponds almost precisely to the amount of electricity exported each year.

In 2015, as the world was gearing up for the UN climate conference in Paris, the then-ruling government even suggested to take this fossil-fuel frenzy a step further and lift the “limits” off mining. These limits had been set by the first democratic government in the 1990s in order to protect the homes of local communities in mining areas. This measure would not only have led to more carbon being released into the atmosphere, but also to the destruction of Horní Jiřetín, a town of more than 2,000 people.

Protests erupted around the country, led by a coalition of locals, environmental NGOs, and the new initiative “Limity jsme my” (We are the limits), which we were a part of. Just a few weeks before signing onto the Paris climate deal, Prime Minister Bohuslav Sobotka and his government ruled to save Horní Jiřetín from demolition but decided to expand the nearby Bílina mine by another 150 million tons of coal. The celebrations turned rather bitter. 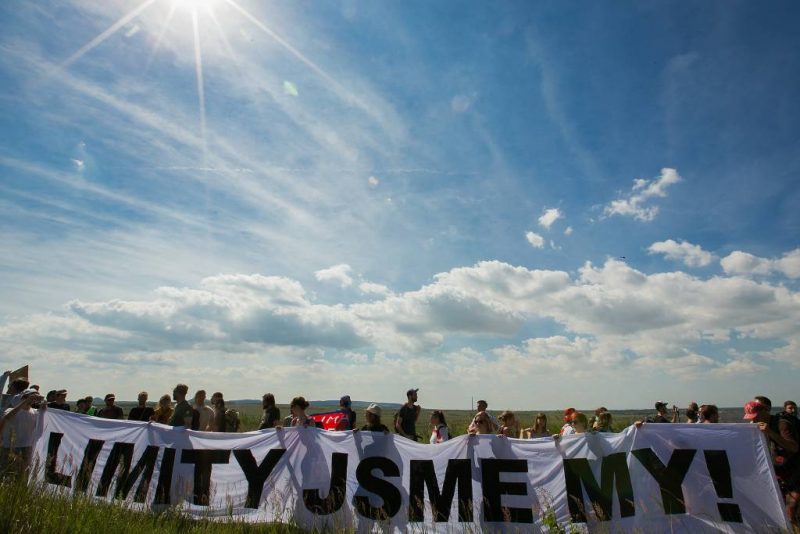 Simultaneously energized and enraged by this partial victory, we decided to transform our initiative into a permanent platform and build a movement for the long haul. In the spring of 2016, we supported the struggle to prevent the sale of lignite mines in the Lausitz region of East-Germany to the Czech company EPH.

We organized an expedition to the climate camp set up by local initiatives there and drew inspiration from the successful Ende Gelände actions, which were part of the Break Free wave of climate civil disobedience. On the last day of the rail blockades, a power plant was nearly entirely shut down, while simultaneously the news broke that Germany had – for a few hours – for the first time in history produced electricity from almost only renewable sources of energy – a hugely symbolic moment. 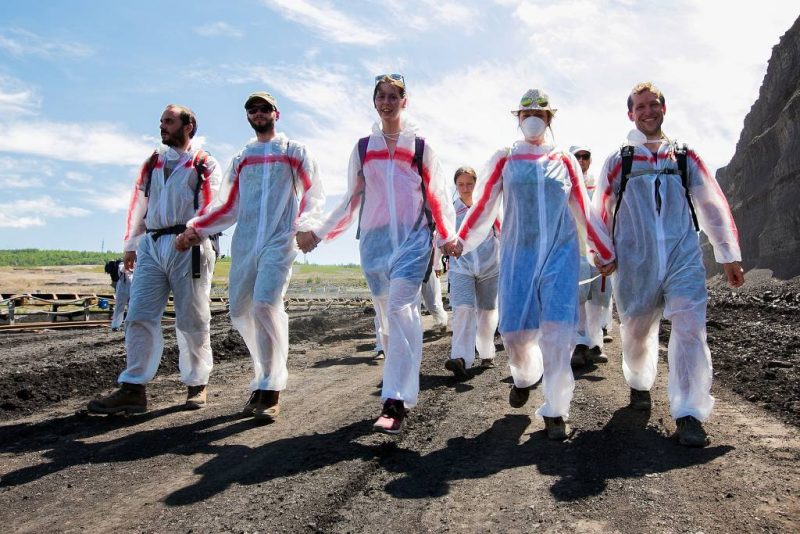 Back home, we started a year-long preparation process to set up the first Klimakemp in the history of the Czech Republic, which we announced at the 25th anniversary of the introduction of the mining “limits”. Our statement read: “The limits are not enough, we want an end to the age of coal.” We pointed to the dangers of climate change, demanded that the decision on Bílina be overturned and that the oldest power plants be shut down, and called for acts of peaceful civil disobedience to challenge the government’s policy.

We wanted to complement the work of larger allies and NGOs and bring fresh approaches to movement politics. That’s why we organized the first Klimakemp in a strongly horizontal manner, which opened the process up for everybody who wanted to get involved.

The self-organized camp finally took place mid-2017 in the symbolically important setting of the victorious community of Horní Jiřetín. It brought together 300 people from the region, from all over the country and all across Europe, connecting groups from established environmental organizations to anti-racism and “right to the city” initiatives. Over five days the camp provided a space to live together, celebrate together and take action together.

One hundred and fifty people occupied the expanding Bílina mine together. This empowering action of non-violent civil disobedience stopped the extraction of coal and pressed the issue of climate change and our demand for a fossil-free future to the forefront of the debate. 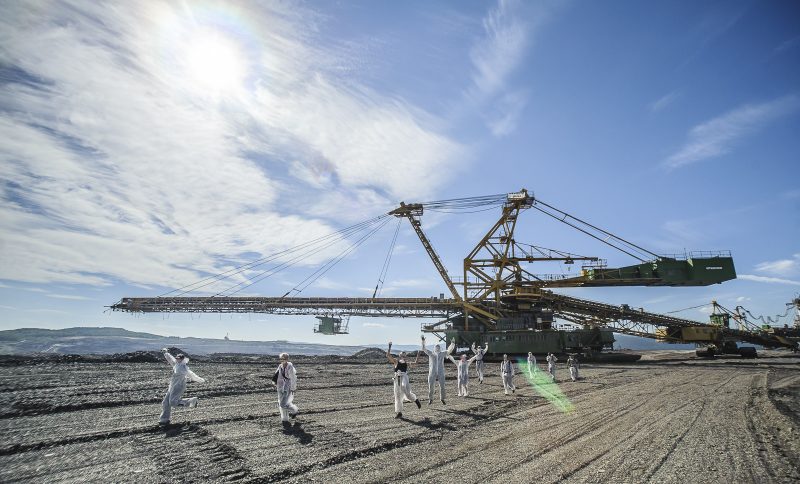 We promised that we'd come back – and here we are. As the climate crisis deepens, connecting the dots between extreme weather, local struggles against the fossil fuel industry, state policy, and international finance is crucial. People in Pardubice are opposing the life extension of the Chvaletice power plant. People in the Liberec region are fighting for their water, which the mines are taking away from them. And locals in the north are struggling against further coal extraction.

An important struggle is ahead of us. The energy companies will try to avoid the new European emission regulations (BREFs) and the Czech government has allowed them to apply for exemptions. In the next few years, these utilities will either have to be retrofitted – or shut down in line with the national energy strategy.

Significant pressure from private coal-mining companies such as Severní Energetická or EPH to rather have them privatized and retrofitted has to be countered by public opposition. The next years will be decisive, and international connections and solidarity can prove crucial to keeping international banks from lending money to companies – should privatizations go ahead.

The second Klimakemp from 27 June to 1 July will bring people together from all over the world to challenge the fossil fuel industry once again. With decision makers still jammed in the vicious cycle of coal and nuclear, building a strong climate movement that crosses borders seems more important than ever.