In Ecuador, a young girl wins the right to have the surnames of both her mothers

"The Satya case has an importance we still can't measure." 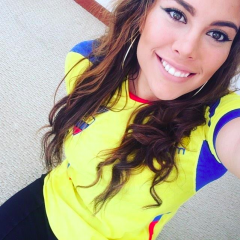 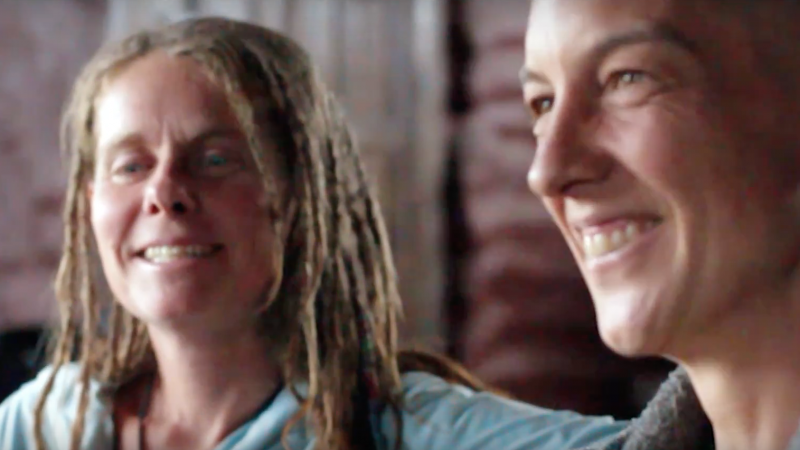 Nicola Rothon and Helen Bicknell, Satya's mothers. Screenshot from the short documentary “Satya: The Case of Helen and Nicola”. Shared by “bo2 studio” on Youtube.

With five votes for and three against, the judges of Ecuador's Constitutional Court have recognized the right to identity of children with same-sex parents in what is known in the country as the Satya Case.

Satya is the child of Nicola Rothon and Helen Bicknell, two British women living in Ecuador who are in a civil union and conceived their child through artificial insemination.

However, Satya's birth in 2012 brought with it a legal battle. In Ecuador, as in other Hispanic countries, it is customary for people to have two surnames: in the case of heterosexual couples, one last name from the paternal side and one from the maternal side.

But when Rothon and Bicknell tried to register their child with both of their surnames, the Civil Registry of Ecuador refused.

Six years later, after legal complaints, debates, and numerous discussions across citizen and traditional media, the court decided in early June 2018 that the Civil Registry must register Satya with the last names of both her mothers.

The decision prompted many different reactions online. Across websites like Medium, for example, observers theorized that Satya's story will echo throughout civil rights history in Ecuador.

Human rights expert Patricio Benalcázar Alarcón highlighted that the reactions of the Civil Registry workers were a reflection of how the case challenged the heteronormative standards that had been accepted as “natural” throughout the country's history:

The Constitutional Court performing this extraordinary act of protection is an important and transformative step taken in light of cultural, judicial, ideological, and political structures that that support a system of discrimination […] for their part, Satya, Helen, and Nicola, through their dream of having the simple and tender happiness of a family, broke barriers of exclusion and established the legitimate presence of the diverse human condition.

One case of many

Same-sex parent families do exist in Ecuador, but their invisibility in the law causes constant problems. If, for example, one of the parents dies and the child does not share the surviving parent's last name, that parent loses all parental rights to the child as they are not legally registered as parent and child. This reality can even result in the child being put up for adoption by the state.

The consequences of parents splitting up can mean the loss of parental rights, and access to alimony, visitation, and more can be limited due to the legal rights of inheritance and identity.

Overall, these uncertainties are a result of the fact that same-sex families do not have equal rights before the law. Thus, from the editors of the website Andes, the decision of the court is significant:

It is, furthermore, a way of recognizing a social situation that does, in fact, occur, in which ignorant officials do nothing but take away boys, girls, and teenagers who are raised in non-conventional households where they do not experience the protection they should from the sate, society, or family to achieve their full development.

Other analysts who study the Satya case argue that its relevance has yet to be seen:

The Satya case has an importance we still can't measure. Here we put it in context.

It appears that the court's ruling would be solely for this case, and the National Assembly will have one year to create new legislation surrounding this loophole. For now, public apologies from the Civil Registry as expected, as well as sanctions to the workers who refused to register Satya. Those following the case expect that the legislative body would use the ruling of the Satya case as a guide to set a new standard to be recognized for the country's constitution, the right to identity, equality in front of the law, and the main points of interest of the case: the rights of children who are part of same-sex parent families.

Beginning with a constitutional referendum in 2008, the legal framework for members of the lesbian, gay, bisexual, transgender and intersex (LGBTI) community in Ecuador has expanded over the last several years. That reform recognized diverse families in a broad sense, the difference between identity and sexual orientation, and universal civil unions, amongst other things.

Still, after a decade with the new Ecuadorian constitution in place, societal norms still exist that discriminate against members of the LGBTI community and keep them from exercising their rights, making them less visible.

A short documentary titled “Satya: The Case of Helen and Nicola” sheds light on the complexity of the debate. LGBTI rights activists, human rights defenders, and representatives of groups that are against recognizing Satya as a girl with two mothers participated in the making of the film.

In the case of the latter, they say the reason for their opposition is not because of religious reasons, but “anthropological reasons”: they seek to defend the “respect of the laws of nature” and the “balance” that comes from the education given by families made by a man and a woman.

Human rights defenders, on the other hand, argue the importance of looking to other cases in the past, like women's vote — which for many was unthinkable less than a century ago — and collective social advances. They aspire for Ecuador to join the global trend in which equality is becoming the norm through the formal recognition of the rights of all people, especially those not acknowledged in patriarchal or heteronormative societies, and whose rights could be threatened by the law.

Danilo Marzano, a member of the LGBTI community who was interviewed for the documentary during one of the rallies to support Satya, Nicola, and Helen, said:

In reality, [the recognition of diverse families] is more a collective desire than an individual one. […] We need to be included in the same constitutional benefits [as everyone else, and] as first-class citizens. It is not only the Satya case [… It's] important to legally recognize the rights of families with same-sex parents; that both men and women in the LGBTI population could have the right to shape our own families […] right to develop our own individual freedom to love [even more so when under the protection of a constitution that [is] supposedly so advanced […] so progressive. [Something that, despite this,] has not been true.

The defense of these rights takes on more importance in the face of the findings of the National Institute of Statistics and Censuses (NISC), which reveal alarming levels of discrimination and violence: “Of all of the members of the LGTBI community interviewed, 70.9% reported that they had experienced discrimination in their home environment.”

This article was written with the help of fellow Global Voices author Daniela Gallardo, who has been following the Satya case for Global Voices from its start in 2012 through its development in 2014.