A fridge, a kettle and a farm. Metaphors abound in Turkey's troubling presidential election 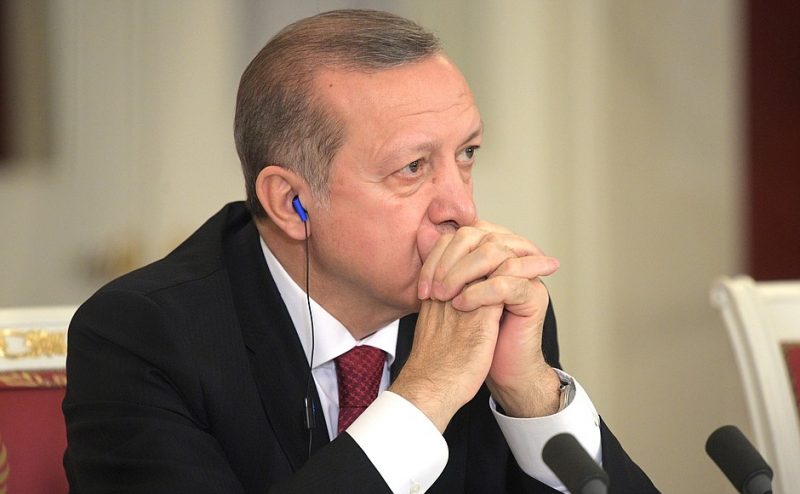 On Sunday June 24 Turkish voters will go to the polls to elect a new president, with five other candidates challenging incumbent and race favourite Recep Tayyip Erdogan for a five-year term.

As the sparks fly in a campaign taking place as the country enters its third year under emergency rule, undercurrents of political humor are floating atop a giant tide of political fear.

Ordinarily electoral campaigns should represent the promises and visions of a given candidate or party. But these are testing times for Turkish democracy, and this election is far from ordinary.

The country has now been under emergency rule for nearly 24 months following the failed coup attempt in July 2016, that the government attributed to the secret organization — dubbed the state within the state — led by President Erdogan's arch-rival Fethullah Gulen.

President Erdogan, who is the candidate for the ruling Justice and Development Party (AKP), has been in power since 2002, having served as premier for more than a decade before he was first elected president in 2014.

The two years following the botched coup d'etat attempt in July 2016 have been defined by a crackdown on political opposition, the free press and even social media posts.

The civil service has been purged of perceived opponents, as has the military, the judiciary and academia. Wikipedia, the world's largest crowdsourced online encyclopedia, is currently blocked inside the country.

Against this background, it is perhaps unsurprising Erdogan’s rivals for the presidency are finding it difficult to make themselves heard by a near 60 million-strong electorate including some 1.5 million new voters who have just turned 18.

Erdogan, in turn, has denied that the generous coverage his campaign has received from the national broadcaster and other pro-government mass media under the current state of emergency constitutes an advantage.

It is widely accepted that as the main newsmaker, President Erdogan is determining the discourse surrounding the election.

However, his opponents have been quick to turn his words back on him. In addition to providing comic relief from a heavy political atmosphere, these exchanges offer important insights into what really matters in this election for Erdogan, his three most significant opponents and the Turkish voters.

The candidate Erdogan would likely have to go head to head with in the event elections enter a second round is a physics teacher-turned-MP from Yalova, a city 94 kilometres from Istanbul in western Turkey.

Witty and charismatic, Muharrem Ince stresses his modest beginnings as a shepherd in his speeches, seemingly a deliberate attempt to distance himself from the secular and elitist base of the Republican People’s Party (CHP) that nominated him. 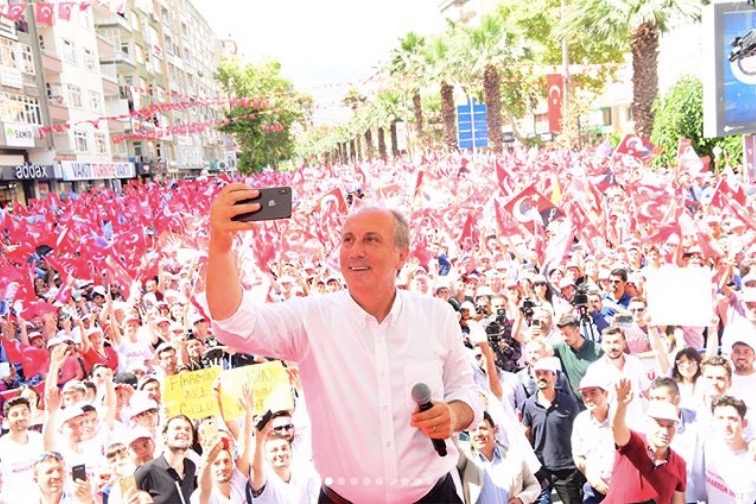 Ince is seen as a potentially unifying leader, but his performance among Kurdish voters, where CHP has historically been weak, remains to be seen.

Although lacking Erdogan's national profile, Ince's electoral tactics have been impressive, notably exposing the incumbent's penchant for gaffes and other unforced errors.

In one prominent example, Erdogan used the growth in annual fridge purchases in Turkey since AKP came to power as an indicator of economic progress under his party. Ince wasted no time in snapping back, causing the Turkish word for fridge, buzdolabı, to trend on Turkish language Twitter:

Erdogan speaking at a rally in Sakarya, an industrial town 154 kilometres from Istanbul: “What was the number of fridges sold (back in 2002)? 1,088,000! How much has it risen to since then? 3,107,000! This means that (people aren't) poor. If there’s a fridge in every household today — hallelujah — welfare must be everywhere.

Ince to Erdogan: The fridge has been around for 40 years. It’s you who emptied it!

Ince's retort was significant in that much of Erdogan's hope for a first-round victory rests on how the electorate assesses his  stewardship over the faltering economy. In the past, AKP could rely on significant backing from the business community in addition to the socially-conservative electoral base that forms the core of the party's support.

But while Turkey’s GDP per capita has tripled to $10,883 in the 16 years AKP has been in power according to the latest official statistics, the economy has been vulnerable on many fronts. Moreover, the Turkish Lira's steady depreciation against the US dollar has seen real incomes sag since the beginning of this year, while the party is regularly criticised for ploughing public money into expensive construction projects, where critics have complained corruption is rife.

The caged bird that still tweets

Perhaps the most unusual candidate in Turkey's election is Selahattin Demirtas, the co-leader and presidential candidate of the Kurdish-backed left-leaning People’s Democratic Party (HDP), who has been running his campaign from a prison cell.

Imprisoned without trial since May 2016, he was recently able to speak on the national broadcaster only once for the 10-minute time allotted to every candidate as a matter of course.

Nevertheless, he has engaged with voters via the  #DemirtasaSoruyorum hashtag (#ImAskingDemirtas) and occasionally manages to reach the outside world with tweets through an account administered by his lawyers. 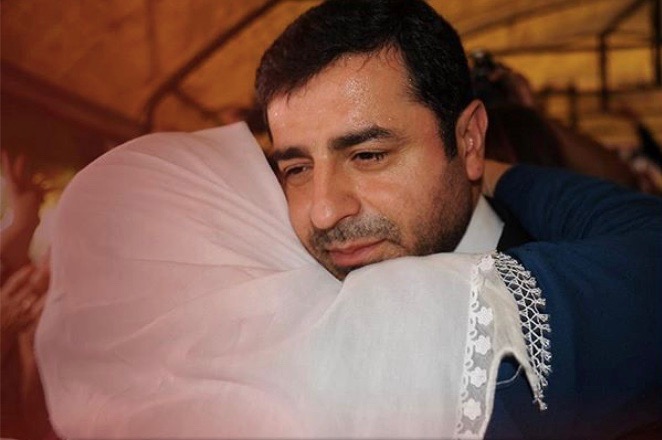 Dermitas’ Twitter activity is something prison officials can't seem to wrap their heads around. In September 2017, guards searched his cell, hoping to find the computer that they assumed he was tweeting from.

Obviously, they couldn’t find a tweet in the cell. There was only a kettle for (making) tea, and they concluded that it couldn’t be used to tweet from.

Demirtas’ prison kettle has since become a symbol of free speech and is keeping fridges company on social media timelines ahead of the vote. In the same post-search tweet barrage Demirtas mocked Erdogan for being “afraid of the Twitter bird” and advised him “not to sow corn.” 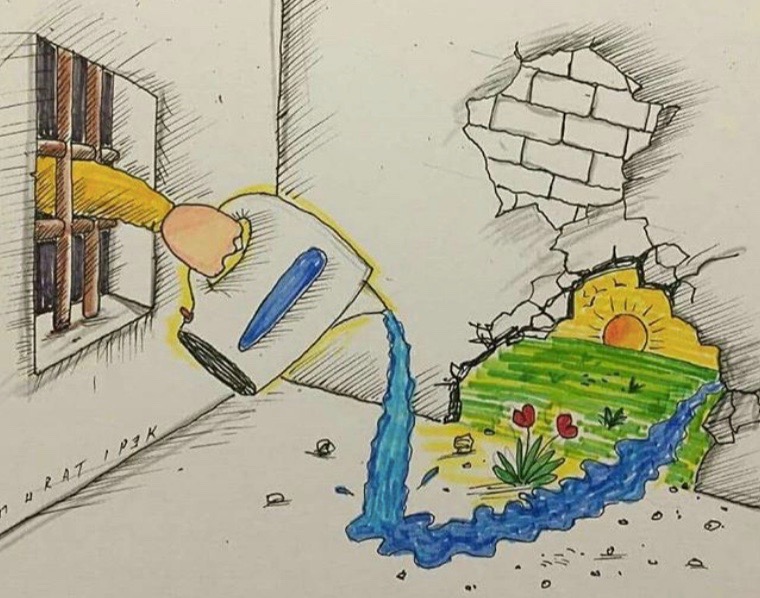 At 45, Demirtas is the youngest of all the six candidates running for presidency and by far the most adept in connecting with the youth. When Erdogan questioned his “qualifications” for running in the vote given his incarceration, Dermitas shot back:

Look, this time I agree with you, Erdogan. For example, you need to have a college diploma in order to be a candidate for the presidency. Yet, no one has seen yours so far. We understand my qualifications, it is your (qualifications) which are dubious.

The she-wolf that won't be tamed?

More ambiguous in terms of her relationship with AKP and Erdogan is Meral Akşener, a seasoned nationalist politician and former Interior Minister from the Nationalist Movement Party (MHP) who broke ranks sensationally to form the Good Party in October last year. 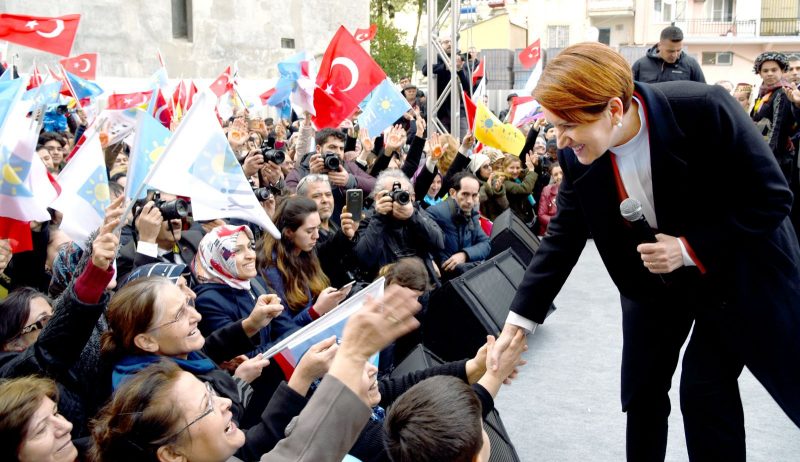 Nicknamed Asena (she-wolf), Aksener accuses Erdogan and AKP of having turned state agencies into a “farm” for his supporters. She has promised to release the said bodies into their natural habitat, should she be elected.

Recently, they bought ads on Google to promote free room at Erdogan’s presidential palace — another publicly-funded project widely viewed as an extravagance — for every search involving the terms “AKP” and others.

Some are suspicious that Aksener is all howl and no bite, and that she may yet take a plum political position if Erdogan — who needs nationalist backup in the parliament — wins as expected. Nevertheless, for the moment, the race's only woman candidate is singing a different tune.

In her campaign song “Turn Your Face to the Sun”, young men and women decry the current situation in the country, complaining: “Everyone has turned mute / I miss speaking out.”