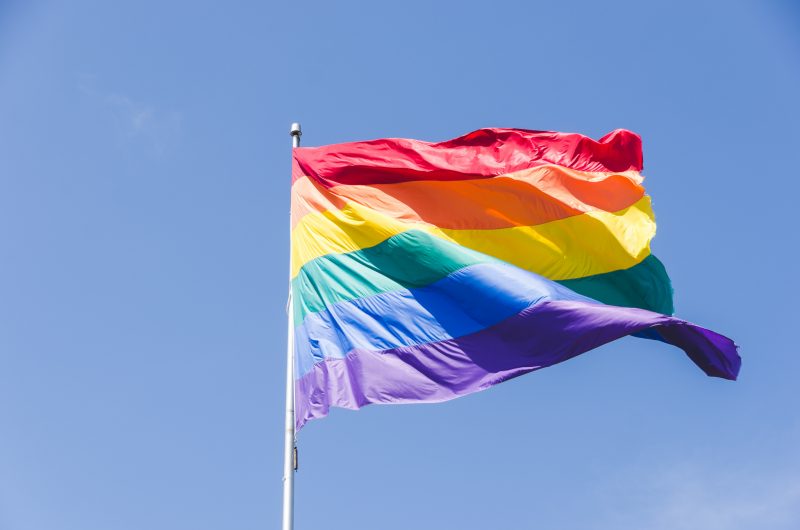 “Spread love, not hate” is the mantra that rang out during Guyana's first gay pride parade, which took place on June 3, 2018. It was an event that allowed the country's LGBT community the opportunity to step out of the cloak of invisibility and claim their right to be proud of who they are and who they choose to love:

The festivities kicked off at the Square of the Revolution in the capital city of Georgetown, with participants wearing rainbow coloured garb and dancing to soca music as they marched in solidarity against hate and bigotry:

#Guyana_Pride
A Proud Moment to celebrate the exsistence of LGBTQ+ Citizens in Guyana pic.twitter.com/S5PdblZn7b

Netizens were quite vocal about their opposing views. In once Facebook thread, Yolanda Adams left a scathing comment that reflected just how much of a role religion plays in the issue:

Mr President stand your ground, if you only promote this act, the country will be curse[d] because God is totally against it. He has destroy[ed] a nation already because of this act and hasn't changed. These are not the days to please mankind, your first duty is to protect the inncocent (sic) children. Because if you don't you will answer to God.
So don't make decisions on Votes, God put you there not man.
So please put God first.

Shanna Leaona Patterson was also against the revocation of the law:

The Guyanese term for a male homosexual is an “anti-man”.

People just trying a thing that will not pass in Guyana. Guyana is not America

Other Facebook users thought the event was a blatant contradiction of the country's laws, and there was a lot of discussion about religious damnation. One commenter suggested that the country had other issues to resolve — race relations, for example — that were more pressing. Those in support of the parade — or at least those reserving judgement — appeared to be in the minority.

For Guyana's LGBT community, however, the event was a first step against the marginalisation they face because of their sexual orientation and gender identity. Member of Parliament Priya Manickchand, who supports the community’s efforts, said that “people should be able to make their own choices”, and that the government had no place in people's bedrooms.

I really can’t tolerate people against the LBGTQ community. What a tremendous step it was to see this embraced in Guyana but not of course without the ignorant trolls. But instead of engaging with discriminative and uneducated people, I unfriended and problem solved! Love is love ❤️ And this world could do with less hatred and discrimination and lots more love and humanity. #isupportthelbgtqcommunity

One to go! #Guyana is the only South American country where homosexuality is still illegal. It just held its first LGBT Pride parade. Let's hope decriminalisation is next: https://t.co/KinMuV8YK6 Congratulations to @SASODGuyana @GuyanaTrans & Guyana Rainbow Foundation. SOLIDARITY

The parade is just one facet of the community’s fight for equal rights. Joel Simpson, managing director of the Society Against Sexual Orientation and Discrimination (SASOD) who organised the parade, had a message for government officials — the LGBT community expects to see action.

However, there is strong resistance. At a conference the day before the gay pride parade, members of the Georgetown Ministers’ Fellowship expressed their displeasure by threatening to withhold their votes during elections. The Christian community comprises more than 60% of Guyana's population and, as is the case in other regional territories, is lobbying against overturning age-old buggery laws. The Fellowship even threatened to block the parade, but with a strong police presence, there were no incidents.

Simpson, who attended the conference as a representative of the gay community, indicated that LGBT citizens were still waiting on a 2015 campaign promise of legislative change:

We are voting, tax paying law abiding citizens like everyone… We are not asking for anything special. We should enjoy protection from discrimination.