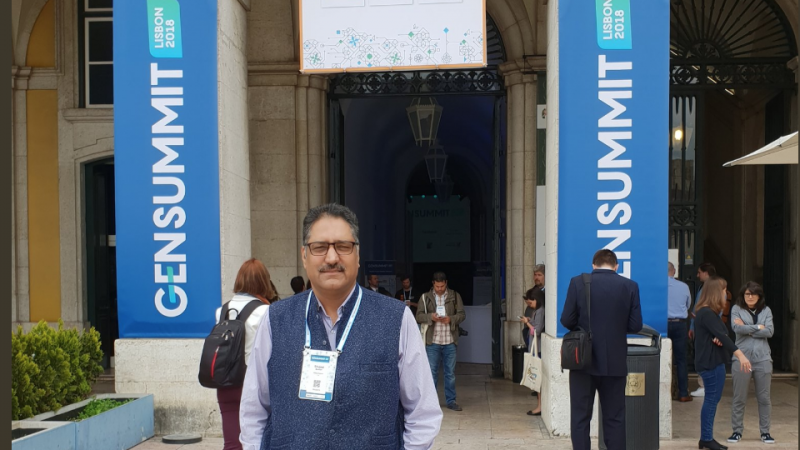 Shujaat Bukhari, the editor of prominent Kashmiri English daily Rising Kashmir, was shot dead in Srinagar, the summer capital of Jammu and Kashmir, sending shock waves throughout the region.

Bukhari's colleague said that he had just stepped outside his office after finishing his daily work and was heading to break his fast when the attack took place.

After the attack on Shujaat Bukhari It's clear indication that nobody is safe in kashmir. The incident took place in the heart of city Lal Chowk. Shujaat Bukhari was probably leaving from his office when he was shot dead by Terrorists. Whosoever did this must be his close aide.

Not a single day passes without blood being spilled in #Kashmir. Go through Shujaat Bukhari’s work to know who must have been after his life. Everything is uncertain. One can be killed anywhere and anytime .

Bukhari was one of the few moderate and bold voices in Kashmir who stood for dialogue between India and Pakistan to resolve the Kashmir dispute.

Protests for independence (called “azadi”) and self-rule in the Kashmir Valley have been active since 1989 and ever since, Jammu and Kashmir has been under Indian military presence with statutes such as the Armed Forces Special Powers Act and the Public Safety Act giving them wide-ranging powers. The Indian government has officially stated that it believes all of Jammu and Kashmir to be an integral part of India. 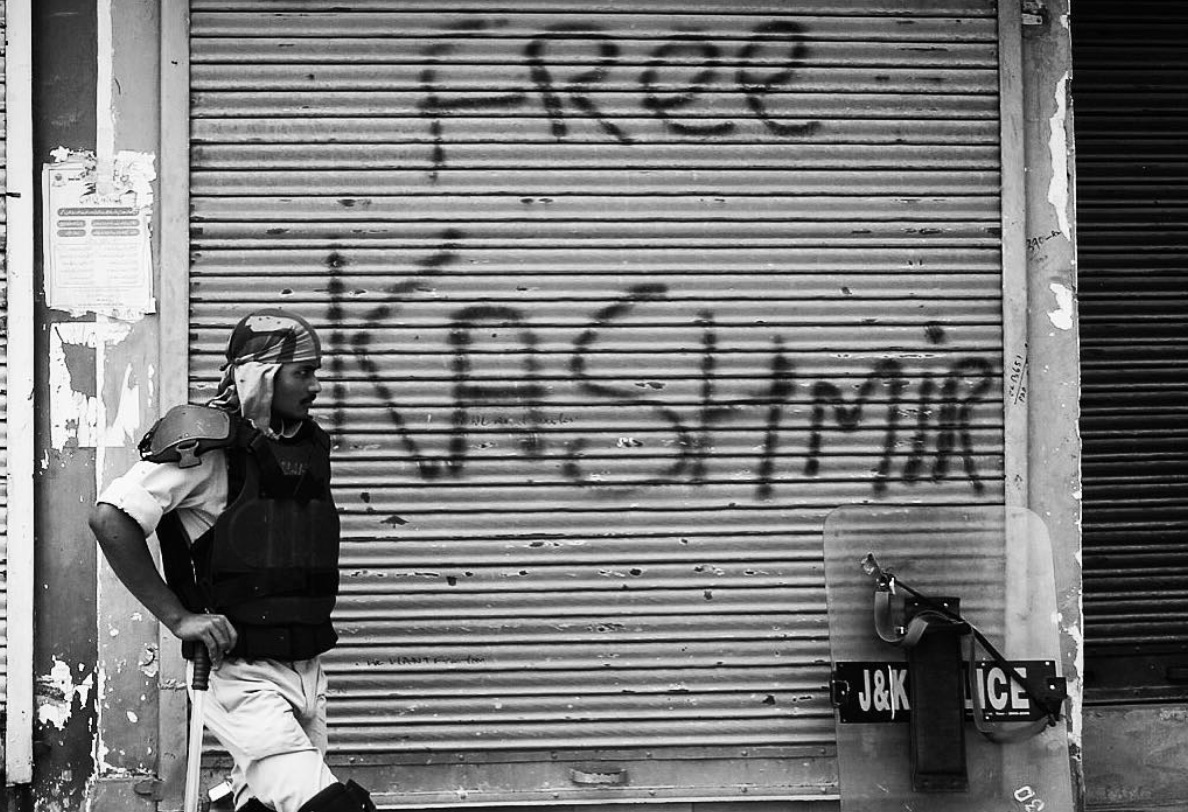 An Indian policeman stands near an alley in the uptown of Srinagar, the summer capital of Indian administered Kashmir. Image by the author via Instagram.

Bukhari had worked for several top national and international publications and written hard-hitting articles, never shying away from taking an unpopular stand. He was special correspondent with The Hindu newspaper from 1997 to 2012 and continued to write for Frontline magazine.

The Press Club of India has expressed its shock and dismay over the incident in the Kashmir valley.

The Editors Guild of India tweeted a statement:

The Editors Guild of India unequivocally condemns the assassination of Rising Kashmir Editor Shujaat Bukhari. This is a grave attack on press freedom and democratic voices. We will be issuing a more detailed statement soon

Condolences are pouring in via social media.

Siddharth Varadarajan, the Editor of the Wire news portal, tweeted:

Shujaat Bukhari and I were colleagues at The Hindu. He was a formidable reporter, and, as editor of Rising Kashmir, a powerful voice for the embattled media fraternity, a true voice of sanity and reason. No words of condemnation are enough for the scum who have assassinated him.

Marvi Sirmed, a member of the executive council of the Human Rights Commission of Pakistan (HRCP) and special correspondent for the Daily Times Pakistan, tweeted:

Shujaat Bukhari was a voice of reason in Kashmir. Brilliant journalist who pandered to no extremes. He did his job honorably till his last breath & paid the price of being upright. Objectively reported human rights violations at the hands of Indian forces & extremists in Kashmir.

This wasn't the first time that Bukhari was targeted.

On July 8, 1996, a militant group abducted 19 local journalists in the Anantnag district and held them as hostages for at least seven hours. Bukhari was among those abducted.

He was also given police protection after an attack against him in 2000.

Even in a senseless place like Kashmir, the assassination of Mr. Shujaat Bukhari doesn't make sense. Everyone in the state is asking one question: “Why would anyone want him dead?”

Except the govt which seems to have reached a conclusion

Appeal to @MehboobaMufti to ensure probe

The show must go on. As Shujaat would have wanted it to. This is today’s @RisingKashmir issue. That Shujaat’s colleagues were able to bring out the paper in the face of insurmountable grief is a testament to their professionalism & the most fitting tribute to their late boss. pic.twitter.com/ADP70D4F1q

Despite this, the guns couldn't silence his pen.