Plastic trash is a serious problem in Uganda 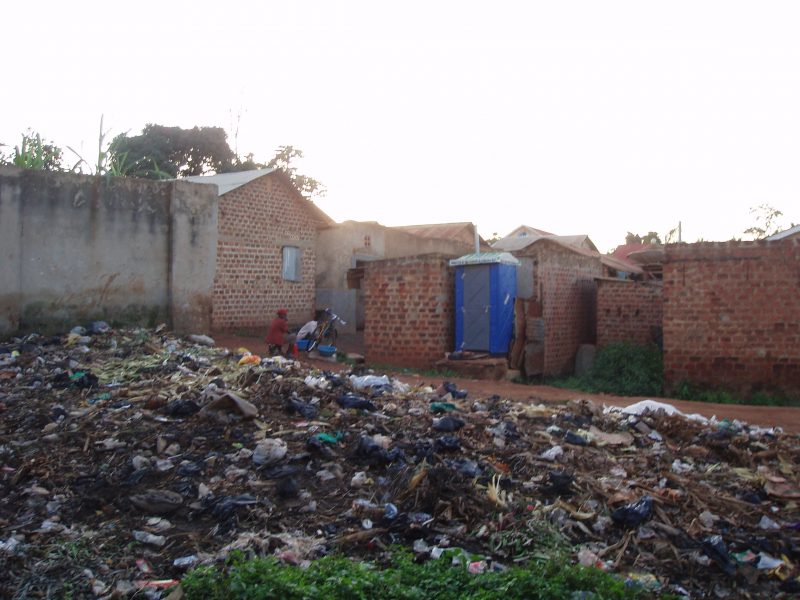 A photo showing mixed biodegradable and plastic trash in a Kampala suburb. Photo by Enno Schröder. CC BY 2.0

World Environment Day was celebrated on June 5, as it has been every year since 1974. The theme for 2018 was “Beat Plastic Pollution” — a call to action that is especially important for Uganda, where it's all too common for people to throw away plastic bottles and bags on the street.

The plastic litter can clog up drainage channels, increasing city flooding, and end up in lakes and oceans, where fish consume them, becoming a health risk to both aquatic life and humans. In rural areas, many of the plastics end up in farmlands and gardens which affects the way crops grow because they block proper flow of water and air.

Uganda has tried to ban plastic bags (popularly known as kaveera), but implementation has been spotty because of lobbying by manufacturers, disagreement among politicians and a lack of public awareness about the need for the ban.

But in April 2015, despite numerous callous demonstration from members of private sector, including court battles, the Ministry of Water and Environment under National Environment Management Authority (NEMA) effected the ban on importation, manufacture and use of polythene bag of gauge below 30 microns.

The implementation however has not been a rosy one as affected businesses and other government agencies including cabinet fought the ban calling for its suspension. This back and forth has left the public in a state of indecision. Some traders stopped packing customer purchases in the kaveera while others continued to use the ban substance despite threats of legal action from NEMA.

This year on World Environment Day, President Yoweri Museveni ordered 45 plastic manufacturers to stop making polythene bags, once again trying to give teeth to the ban. It remains to be seen if this time it sticks.

In Kampala, Uganda's capital and largest city, plastic litter can prevent the flow of waste water. The Kampala Capital City Authority (KCCA) has made an effort to provide street dustbins, do garbage collection in a more frequent manner, and encourage recycling by signing a memorandum of understanding with Coca Cola to increase what people earn from collecting plastic waste, from $0.05 per kilogram to $0.13.

Plastic isn't the only source of environmental concern for the country. For example, extensive sand mining along the shores of Lake Victoria poses a threat to the aquatic life as the fish use the sand as their habitats and breeding places. The wetlands also work as a water catchment helping in the fight of floods. Uganda clearly has work to do when it comes to ensuring a sustainable and healthy environment for all its citizens.