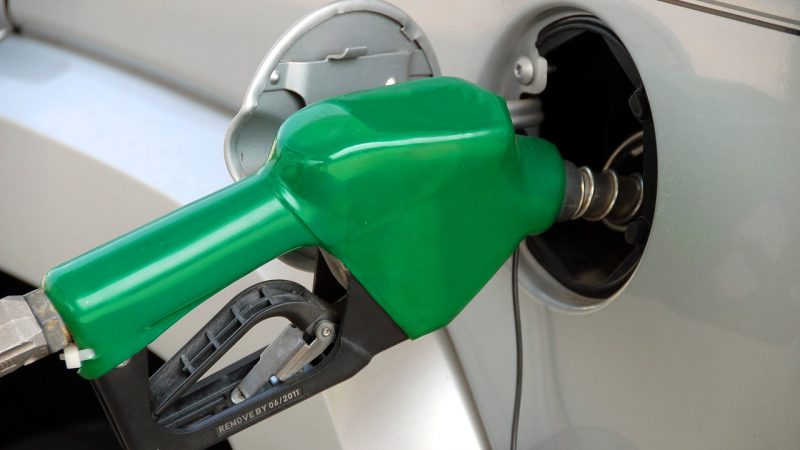 Image by paulbr75 via Pixabay. Creative Commons. Used with Permission.

Ordinary Indians filling up their tanks at petrol pumps on June 4, 2018, were shocked once again by the increased price of fuel. In some states, prices hit as high as 85 Indian Rupees-INR per liter ($1.27 United States Dollar-USD) for petrol and 74 INR per liter ($1.10 USD) for diesel, at least 10 INR higher than usual. Since February 2018, fuel prices have steadily increased, leaving citizens scrambling to cover everyday expenses and triggering waves of outrage on social media.

India's oil price is the fourth highest among the top 10 crude-oil consuming nations. The nation sources about 80 percent of its oil needs from abroad as the third largest importer of crude oil, leaving the nation's oil market threatened by stronger global crude oil prices. In metropolitan areas, petrol and diesel prices used to average around 75 INR per liter ($1.12 USD) and 65 INR per liter ($0.97 USD) respectively, but in recent months prices have increased daily.

By the second half of May 2018, citizens witnessed a spike not just in fuel but also Liquefied Petroleum Gas (LPG), commonly distributed in cylinders. The LPG cylinder price also shot up to 48 INR ($0.72 USD) for non-subsidized cylinders compared to 2.34 INR ($0.035 USD) for subsidized ones.

In April 2018, the Petroleum Ministry met with the General Secretary of the Organisation of Petroleum Exporting Countries (OPEC) to discuss the increased oil prices:

Petroleum ministers maintain that OPEC has been charging Asian buyers an export premium, claims which OPEC denies. India relies on OPEC member countries to import 86 percent of its crude oil, 75 percent natural gas and 95 percent LPG. In addition to fuel price hikes, India asserts that this premium causes an increase in public transportation prices as well as vegetables and fruits, school fees, and bus and courier charges, among others.

OPEC alone can't shoulder the blame for fuel price hikes. Petrol products are a major source of tax income for central and state governments and petroleum product taxes are levied at two levels. The government gathers an excise tax and every state levies a Value Added Tax (VAT) on the fuel sold. The excise fee is an indirect tax while VAT varies depending on the value of the product or service at each stage of production or distribution.

When the centralized Goods and Service Tax (GST) was introduced in July 2017 the VAT became nearly obsolete and citizens suggested the GST include petroleum products. However, just as the central government earns revenue from the excise fee, fuel is one of the biggest revenue earners for state governments, making it difficult for them to agree to give up the VAT on fuel to be included in GST.

For example, the state of Kerala dropped fuel prices by 1 INR but now expects to lose 500 crore INR (over 2 million USD) as per the statement by Kerala's Finance Minister Thomas Isaac. Minister of Finance, Arun Jaitley has agreed to include it in the GST, provided he can acquire consensus from all the states.

From outrage to action

In addition to public outrage on social media since February 2018, opposition parties have launched ‘Twitter morchas’ (from the Hindi word ‘rally’ or ‘protest’). They are also speaking out on various news channels and conducting rallies in multiple cities. In response, the central government reported a supposed reduction in fuel prices by 60 paisa (100 paisa = 1 rupee) as reported on the Indian Oil Corporation website.

However, it turned out to be a glitch in the system with the actual reduction being only 1 paisa. Further outrage on social media led the government to reduce fuel prices by another 7 paisa, and after four consecutive days of decreasing prices, the government finally reduced the price by 9 paisa. As of June 4 2018, the prices were reduced by 15 paisa for petrol and 14 paisa for diesel.

Last #TweetMorcha was a huge success against unprecedented Bank Charges
Today our fight is against atrocious #FuelPriceHike Current Govt. & its policies does not let the nation thrive & we will not keep quiet about it. Use #CutFuelTaxes Tag PM @narendramodi & CM @Dev_Fadnavispic.twitter.com/fzwdLHxWpb

#FuelPriceHike The petrol bird is coming home to roost & lay it's egg! pic.twitter.com/NeUzQmImU7

₹84 per litre mubarak to you and your loved ones.
Actual cost I believe is ₹31, based on info i could find online (do correct me if I’m wrong, happy to learn) .. the rest are central & state taxes, cess & commissions. Just so you know that the price can be brought down.

Others shared satire and cartoons:

Drinking and driving should be less of a problem now. After all how many will be able to afford alcohol and petrol on the same day ? #PetrolPriceHike

This is not the first time India has experienced a fuel price hike. In 2013 and 2014, fuel prices rose and in many cities, it hit 80 INR per liter ($1.20 USD) for petrol. For that fiscal year, the central government, under the direction of Prime Minister Narendra Modi, approved an increase in the excise tax to boost revenue and strengthen the Indian Rupee. The decision was not favored by those who blamed Modi and the central government for fuel hike woes.

As 2019 elections approach, political parties are in full swing to utilize current affairs for their benefit. Since 2014, the Indian National Congress party has opposed fuel hikes and are currently organizing farmers to protest the fuel hikes before the elections.

Meanwhile, the ruling Bharatiya Janata Party (BJP) continues to work on the issue. According to one report, the BJP plans to ask the state-owned Oil and Gas National Corporation (ONGC) to bear a fuel subsidy, which would result in a price reduction while lessening the possible revenue gap left if the excise fee gets reduced.