Who are China's political prisoners? A human rights assessment, 29 years after Tiananmen 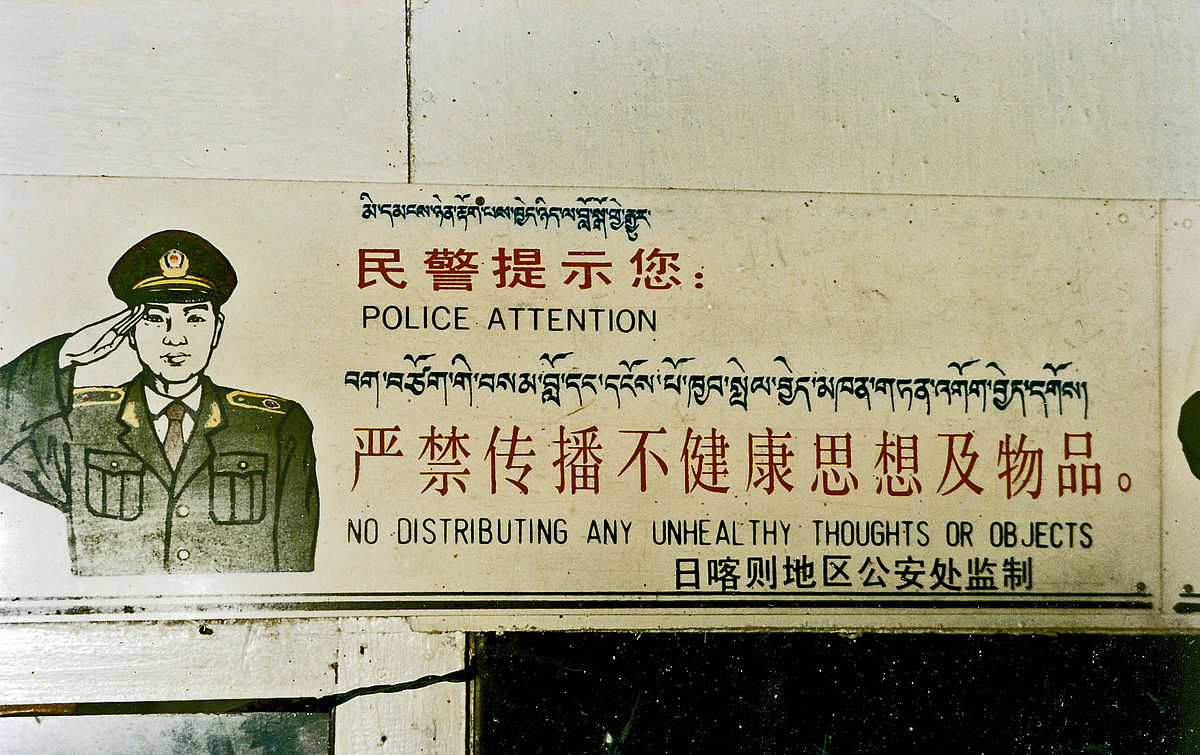 “Police attention: No distributing any unhealthy thoughts or objects.” A trilingual (Tibetan – Chinese – English) sign above the entrance to a small café in Nyalam Town, Tibet, 1993. By John Hill. CC BY-SA 3.0.

The 29th anniversary of the bloody suppression of the Tiananmen Square demonstrations is approaching. On June 4, 1989, Chinese army forces repeatedly opened fire on a student-led movement demanding freedom of expression and political reform away from corruption and single-party rule.

At the time, the Chinese Red Cross estimated that 2,700 civilians were killed, but other sources point to a much higher toll. A confidential US government document, revealed in 2014, reported that a Chinese internal assessment estimated that 10,454 civilians had died. Recently, a different report written by the then-British ambassador to China was declassified; it quotes a source from China's State Council who said that the minimum estimation of civilians killed is 10,000.

Authorities also arrested hundreds of people in connection with the Tiananmen Square protests. But these were not the first prisoners of conscience to enter Chinese jails — and they were not the last. On the anniversary of the crackdown, many remember those who have been put in prison for expressing their beliefs.

There is no official record of how many political prisoners there are in China — the Chinese government has denied that it has any.

However, the Political Prisoner Database of the United States’ Congressional-Executive Commission on China (CECC), which has tracked cases in China since 1981, provides important details about the situation. A cross-reading of this data with mainland Chinese political history in the past three decades can also help us to develop a clearer picture of the state of human rights in China.

Who are China's political prisoners?

The CECC defines political prisoner as:

an individual detained for exercising his or her human rights under international law, such as peaceful assembly, freedom of religion, freedom of association, free expression, including the freedom to advocate peaceful social or political change, and to criticize government policy or government officials.

The database has 9,116 cases of political prisoners in mainland China from 1981 through 2018. However, the commission only began keeping records in 1987, thus the actual number of cases may be higher than their records show.

Most prisoners in the database have been released, but more than 1,000 were believed to be behind bars as of 2017.

Taking a look at their profiles, there were more male than female prisoners (see Figure 1). 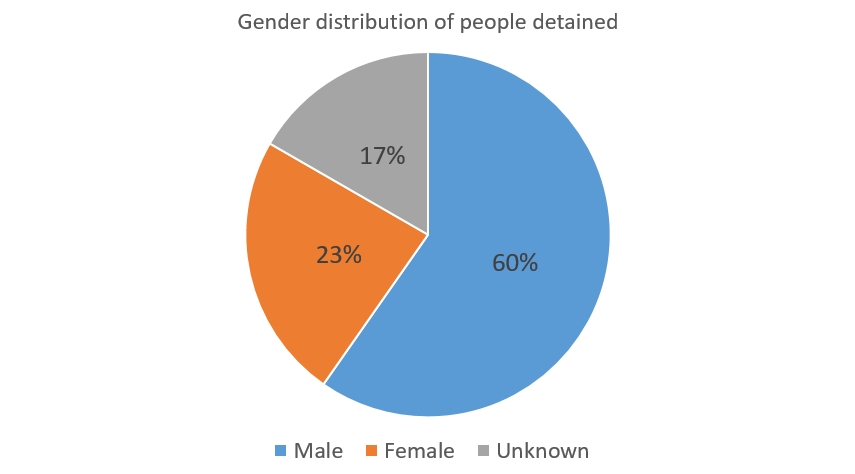 Figure 1. Gender distribution of political prisoners in China from 1981 to 2017. Data used in graph from the Political Prisoner Database of the United States’ Congressional-Executive Commission on China.

Nearly half of those behind bars (4,012) were Tibetans. With a population of just six million Tibetans in China, where the total population is more than 1 billion, the number of detained Tibetans is disproportionately high.

Only about half of the records include information on a prisoner's age at the time of their detention. Of the available data, the youngest political prisoner was just 6 years old at the moment of detention, while the oldest was 84. Around 65% were detained between the ages of 20 and 45 years old (Figure 2). 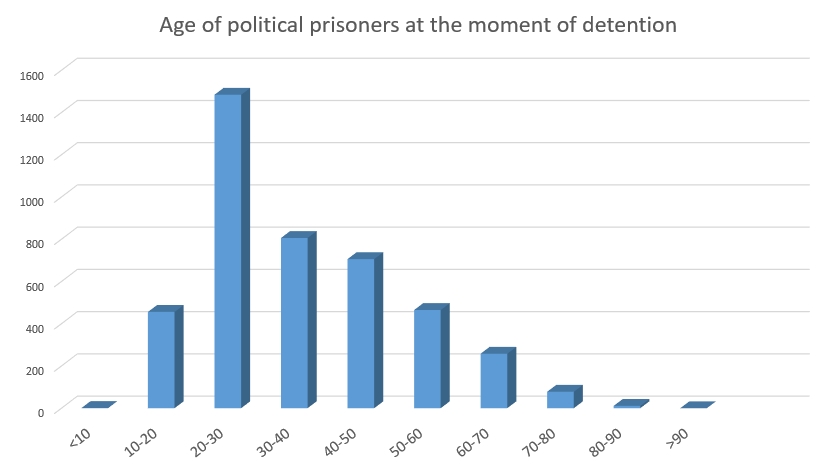 Figure 2. Age of political prisoners in China from 1981 to 2017 at the moment of detention. Data used in graph from the Political Prisoner Database of the United States’ Congressional-Executive Commission on China.

Dissent and repression in Tibet

Figure 3 shows the number of political prisoners detained by year, and the events to which their detentions corresponded. We can see several significant peaks. 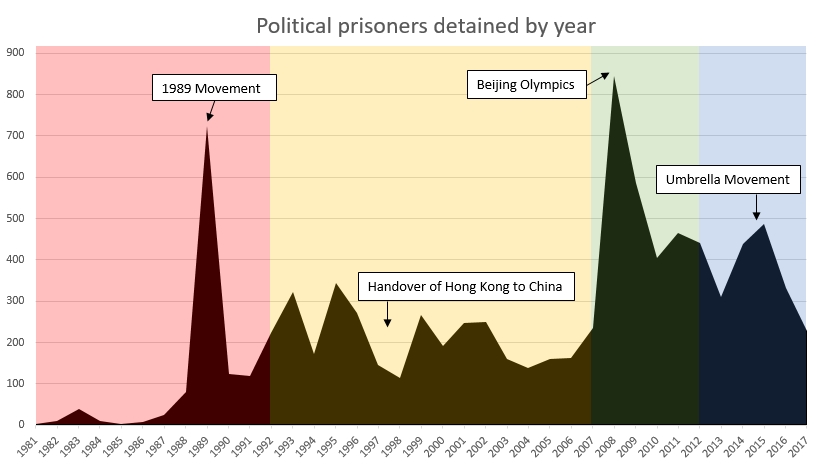 Figure 3. Number of political prisoners in China detained by year, with important historical moments annotated. Colors correspond to the most powerful figure in China at the time: red for Deng; orange for Jiang; green for Hu; and blue for Xi. Data used in graph from the Political Prisoner Database of the United States’ Congressional-Executive Commission on China.

The first peak occurred in 1989 during Deng Xiaoping‘s era (represented in red) and corresponds with the Tiananmen Square crackdown on June 4, 1989.

The second and third peaks in 1993 and 1995 are mainly related to rising repression of political dissent in Tibet, which is home to an independence movement. Figure 4 shows that from 1987 on, the number of Tibetans detained began to increase.

Forty-four pro-independence demonstrations were reported in Tibet in 1993, and about 400 Tibetans were imprisoned. In 1994, about 19 demonstrations took place in Tibet, and the number of Tibetan political prisoners increased to 628. Based on a senior Chinese justice ministry official's report in January 1995, 200 out of 800 detained Tibetans had been found guilty of “counter-revolutionary crimes.” 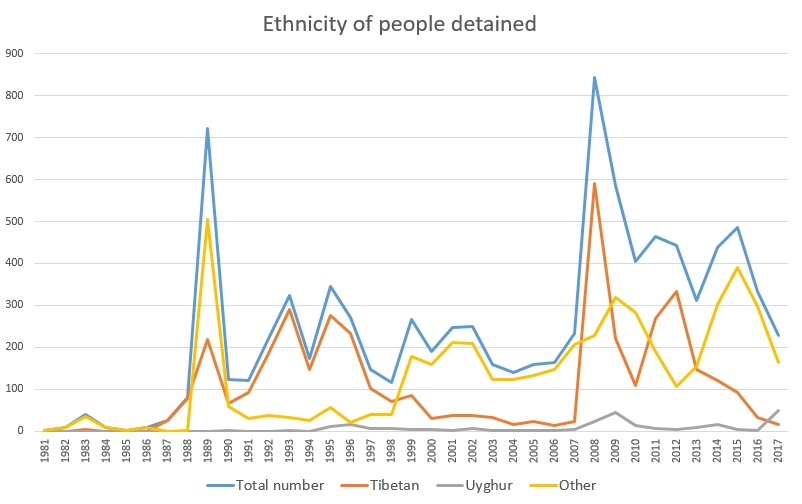 Figure 4. Political prisoners in China by ethnicity. Data used in graph from the Political Prisoner Database of the United States’ Congressional-Executive Commission on China.

The Dalai Lama, who lives in exile, is considered the political and spiritual leader of Tibet. In 1995, he recognized the 11th incarnation of the Panchen Lama, one of the most important figures in Tibetan Buddhism. However, the government-sanctioned search committee chose another person from their own list, and the Chinese government took Gedhun Ghoekyi Nyima, who was recognized by Dalai Lama as the Panchen Lama, into “protective custody.” Hundreds of monks and nuns were arrested and detained because they did not recognize the Panchen Lama chosen by Beijing.

The fourth peak occurred in 2008, when China was preparing to host the country's first Olympics. A large number of protests occurred in that year, especially in Tibet (see Figure 4). Tibetans used the moment in the international spotlight to demonstrate against Chinese economic policies and development that had brought on inflation, environmental pollution and land seizures in the region. Beijing's tightening of ideological control in Tibet, in which the education system taught Tibetans to denounce the Dalai Lama and pledge loyalty to the China government, was also a point of contention.

In response to the unrest, China clamped down. Based on China's Supreme People's Court annual work report for 2009, the number of cases involving charges of “endangering state security” rose to around 760 in 2009, compared with just 460 in 2008. The CECC database shows the total number of political prisoners in 2008 and 2009 as being 1,220. 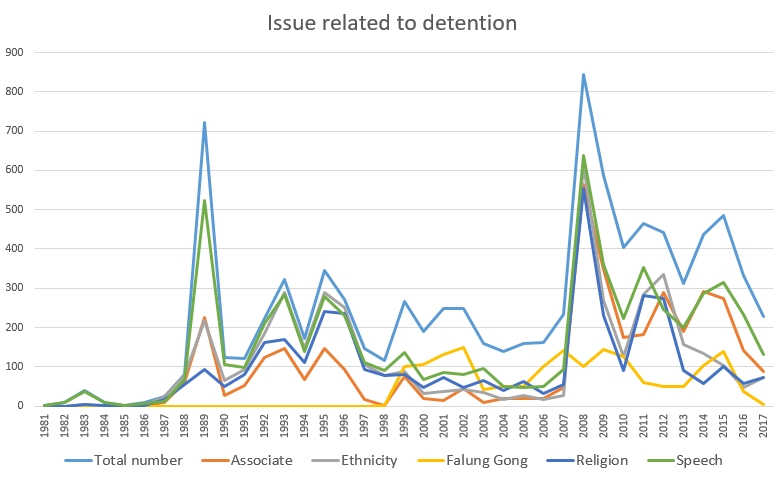 Figure 5. The principal issue driving detentions of political prisoners in China. Data used in graph from the Political Prisoner Database of the United States’ Congressional-Executive Commission on China.

The peak from 1999 to 2002 is due mainly to the crackdown on religious group Falun Gong (see “FG” in Figure 5) and political parties.

The Chinese government began repressing the public practice of Falun Gong in the mid-1990s. In 1999, about 10,000 Falun Gong practitioners gathered near the central government compound in Beijing demanding legal recognition. The protest resulted in the arrest of at least 111 members, according to a report from Human Rights Watch.

In 1998, a group of democracy activists attempted to register a new political party named Democracy Party of China. Active members were then either arrested or exiled.

The rise in the number of political prisoners between 2009 and 2010 might be related to the Charter 08 movement launched by Liu Xiaobo, a Nobel Peace Prize laureate, and signed by hundreds of public intellectuals demanding political reform and a guarantee of human rights.

We can also see an increased number of detentions in 2014 and 2015, which might be related to Hong Kong's pro-democracy Umbrella Movement and the July 9 crackdown of human right lawyers in 2015 (see the blue in Figure 3). During the Umbrella Movement, more than 200 citizens in mainland China were reported to be arrested for expressing support for this movement. And on July 9, 2015, about 300 human rights lawyers and activists were arrested and interrogated.

Prisoners in their own homes

The database is said to underestimate the number of political prisoners because some are not detained in a prison cell, but at their own house or in secret “black jail” without trial.

Xiaodan Wang's father is a practitioner of Falun Gong, and he had been in prison for 15 years. Wang said in a statement to a CECC hearing about her father's condition:

When he finally made it home it was to video surveillance and neighborhood watch programs. Police regularly visited and on “sensitive days” he was advised to stay home and out of sight. By no means had he truly returned to a normal life.

For decades, Chinese authorities have detained people for their pursuit of human rights like freedom expression and freedom of religion. They are Tibetan monks, they are Falung Gong practitioners, they are students, they are lawyers, and they are survivors of the Tiananmen Square massacre. Their courage and vision for a better society brought them to jail. But they won't be forgotten.