Of the tens of thousands of Afghan servicemen that have died over the course of one of the modern world's most deadly insurgencies, very few have become legends on social media.

Mohammad Musa, a 47-year-old Afghan police officer, who was captured by the Taliban while defending his hometown of Farah in western Afghanistan, is an exception to the rule.

Musa was on the front lines for the Afghan National Security Forces (ANSF) when his hometown Farah was besieged by the Taliban earlier this month.

Desertion is common in the security services, where officers earn miserable wages despite the incredibly high risks of the job. Musa stood his ground and refused to leave his city at the mercy of the insurgents.

The Taliban published footage of his capture, and his family later learned that he was executed.

But if the group thought the footage would have a morale-breaking effect, they were wrong. Musa's final, defiant glance towards the camera as he was pushed into a Taliban vehicle proved an instant hit with the country's Facebook class, who have taken to comparing him to Che Guevara.

The Last Gaze of the Free Man! Mohammad Musa, son of Taj Mohammad who was from Anar Darra district of Farah province, suffered torture for five hours in captivity before sacrificing his life for his oppressed people and his land…A man like Che Guevara, but from the heart of Asia. Your memory lives on.

When contacted by telephone by Global Voices, Mohammad Musa's 22-year-old son, Dawood, said that Musa had been in the service for the last nine years.

Since Musa's death, the family has moved from Farah to Herat province where more jobs are available. Dawood has become the new breadwinner, feeding nine other members of his family and paying rent on the new house.

“We have nothing here,” he said during the brief phone conversation.

Graffiti and a crowdfunding campaign

Mohammad Musa's image is already all over Facebook and has been adopted as a profile photo by many Afghan users. But in the last week, he gained a new tribute.

He was painted on a wall in the capital Kabul. Privately owned TOLO TV dedicated a report (from 11.00 in this video) to the new mural in their evening news roundup on May 24. 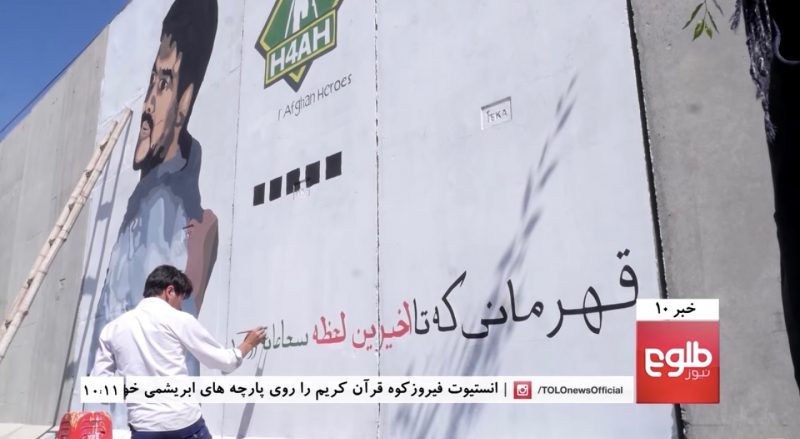 Screenshot from TOLO News nighttime news broadcast on May 24, 2018.

Dawood moreover told Global Voices that the family had received about $3,000 after Afghan social media users began a crowdfunded campaign. Most frontline soldiers and police officers in Afghanistan earn no more than $140 per month.

Facebook user Aziza Karimi explained the importance of her donation to the campaign in a country where the government has next to no money to compensate the families of slain soldiers.

The best and the most effective way of showing appreciation for the sacrifices of soldiers is financial support. Expressions of emotion on social media alone cannot cure their pain. The families they leave behind must not be forgotten.

Taliban say no to talks

Mr. Musa was one of 25 security personnel that lost their lives in the recent attack on Farah province, which was carried out by the Taliban group. The group briefly overran the eponymous provincial capital on May 15, but a pushback by ANSF and U.S. air power forced the militants back into the surrounding countryside. 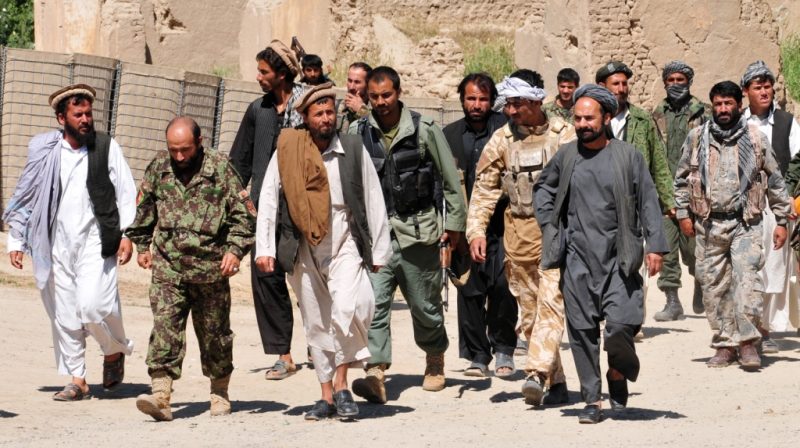 Hundreds of soldiers and police officers have been killed across the country this month. In late April, the Taliban announced it had no interest in the government's offer of talks. Since then it has intensified its traditional “spring offensive.”

The most costly attack in May saw 70 Afghan servicemen killed in a pitch battle with Taliban forces in the southern province of Zabul. In the northeastern province Baghlan, 44 soldiers were killed as the group captured a government compound.

As the insurgency wreaks ever more violence, fallen servicemen are reduced to numbers, their individual stories lost to a public sustained in a constant condition of grief. While it is small consolation for his family, Mohammad Musa of Farah has avoided this fate.