Sabika Sheikh, the Pakistani student slain in US school shooting, had wanted to bridge the two countries 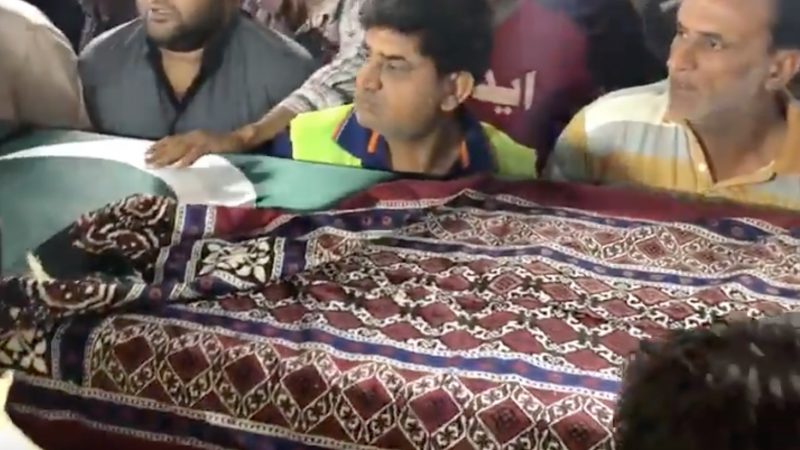 The body of Sabika Sheikh arrives in Pakistan. Screenshot from YouTube video by Newsleak

A funeral was held for Sabika Sheikh in her hometown of Karachi on May 23, 2018, five days after the 17-year-old Pakistani exchange student in the US was killed by a teenage gunman who opened fire at a school in the state of Texas.

In total, 10 people were killed including Sheikh and 13 wounded in the violence. Sheikh was an exchange student at Santa Fe High School under the US State Department-sponsored KL-YES program and was set to return home on June 10, 2018 after completing the program.

The news of her death took over social media in Pakistan, and messages of condolences poured in. Before her body was sent to Pakistan, a funeral was also held in Texas on May 20, 2018. Michael Mathes, a US politics correspondent for news agency AFP, tweeted:

Just devastating. Funeral service attendees in Stafford, TX pray over the coffin of Sabika Sheikh, the young Pakistani exchange student killed in the mass shooting at her high school in nearby Santa Fe. pic.twitter.com/GWYVk6FANm

At her funeral in Texas, Sheikh's host parents spoke about how she had impacted their lives:

The host father is speaking about how Sabika Sheikh came into their lives. Calls her the most precious gift that came into her life. He says the root of everything is love. He wants to carry the tradition of love she brought from Pakistan. #KAKEnews #SantaFe #SanteFeStrong pic.twitter.com/wThTbPVU6h

Her host mother Joleen Cogburn tearfully described what had motivated Sheikh to study in the US:

Of her own feelings about being selected to study in the US, Sheikh had said in a video message:

People around me got sad a little bit that I'll be leaving them, but this was the bestest thing that happened. I was so very excited, I still am very excited.

US media often covers Pakistan, if it does so at all, through the lens of conflict. A Pakistani-born, US-based Twitter user named Zareen Nayyar was one of many pointing out that Pakistan is often portrayed as the unsafe country:

Just a thought … this girl born and raised in #Pakistan didn't die in her home country, which according to the west is doing nothing to fight #terrorism. Yet she comes to #America and dies in a #SchoolShooting. #irony#texasschoolshooting#SabikaSheikhhttps://t.co/FGlrC9wju9

Mass shootings, including in schools, are a serious problem in the US. According to data from Gun Violence Archive (via Vox), since 2012 at least 1,941 people have been killed and 7,104 wounded in at least 1,686 mass shootings, defined as an event in which four or more people (not counting the shooter) are shot at the same general time and location. The US also has a high gun homicide rate.

Part of the problem, analysts say, is the ease of access to firearms in the US: the country has the world's highest rate of gun ownership.

Speaking to the media, Sheikh's father and uncle pleaded with the US government to make schools safer for their students. With her death, the US mass shooting crisis has become an international concern.