While some Iraqis boycott ‘futile’ elections, others vote to shake up parliament 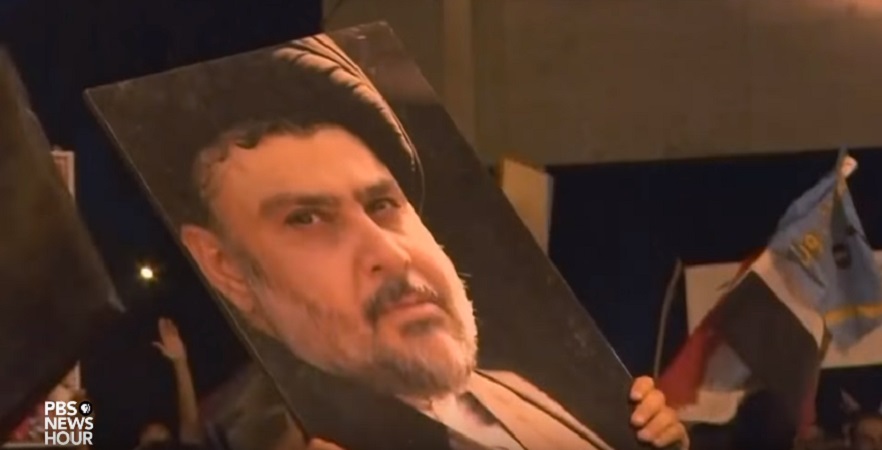 Voters chose to shake up the political status quo by propelling forward the Sairoun (Marching Toward Reform) Alliance led by influential Shia cleric Muqtada al-Sadr. This coalition, which was made up of Sadr’s Istiqama (Integrity) Party and six other secular groups, including the Iraqi Communist Party, gathered more than 1.3 million votes and will claim 54 seats of a 329-seat parliament, the most of any coalition.

Since Iraq began democratic elections in 2005, politicians have consistently sought votes by appealing to Iraqis’ communal identities. Sairoun’s win is therefore a remarkable moment in Iraqi political history, demonstrating that Iraqis don't have to vote strictly on ethno-sectarian lines and future politicians will need to do more to impress voters.

It also indicates a possible shift away from identity politics in favor of campaigning on the issues afflicting the country.

Sadr stood out from other Iraqi politicians, past and present, by promoting himself as a nationalist and populist, in addition to focusing his campaign on reforming government, eliminating corruption, and bettering public services.

He also supports forming a technocratic government, moving beyond the system of ethno-sectarian communal quotas that have typically installed incompetent and corrupt political elites.

But while Iraq’s political landscape may be be changing for the better, this year’s record low turnout suggests Iraqis are losing faith that voting will lead to positive change.

According to Iraq’s electoral commission, only 44.5 percent of 22 million eligible voters cast their ballots in this year’s election, reflecting a sharp decline from 62 percent in the 2010 and 2014 elections and a peak of 70 percent in 2005.

This decline in voter enthusiasm indicates how disillusioned voters have become with the political process. Iraqis have seen little to no effort by the government to address endemic corruption, economic instability, and deteriorating public services.

Iraqi activists went as far as to start a social media campaign to encourage voters to boycott the elections citing lack of change and laws that unfairly exclude smaller parties in order to maintain the existing political landscape.

In an interview for the Washington Post, Baghdad-based writer Mustafa Sadoon explained why he decided to sit out the elections:

I participated in all the previous elections, yet there was no change. We demonstrated against the electoral system, but no one listened. I didn’t find any other choice to express my rejection except to boycott.

We decided to boycott the election because we believe it is futile. There is no real chance for change and we are trapped in a black hole that was dug by the political elites; they used their power to pass laws to ensure that the bigger parties remain in government and get to continue with their corrupt ways. They don’t even give the voters a chance to remove them from power.

The same corrupt politicians will always have the ability to return to power. In Iraq nothing is transparent, everything is rigged.

The root of dissatisfaction with the election process is the Webster/Sainte-Laguë for seat allocation. This method is meant to favor smaller parties by providing them with better representation in government; however lawmakers modified it to favor larger parties, which Iraqis believe will serve to keep corrupt forces in power.

While many Iraqis have little faith in the new government, Sadr is reportedly trying to reassure the public that change is coming. In a speech:

Your government will be a caring and inclusive one, we will not exclude anyone. We will work toward reform and prosperity.

Only time will tell if Sadr will achieve his proclaimed vision for a non-sectarian government of technocrats. In the meantime, he is in negotiations with other parties to secure the 165-seat majority necessary to form government.