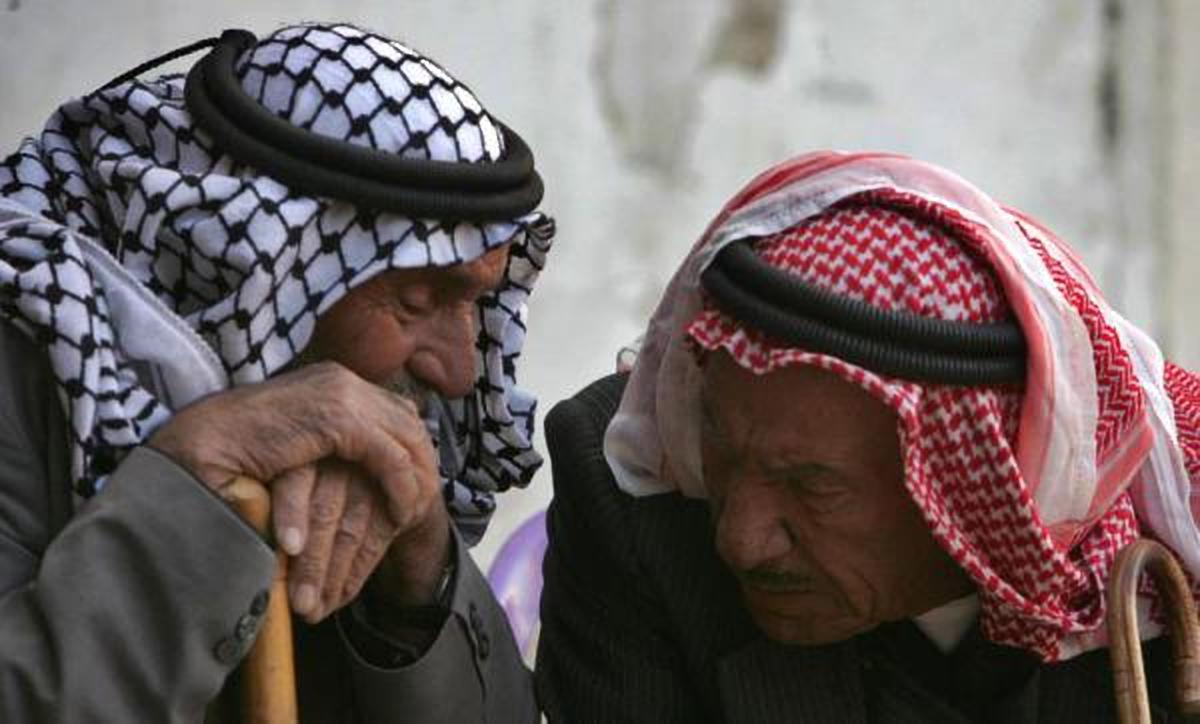 About 70 percent of Jordan’s population is of Palestinian origin, and they are generally well-integrated into Jordanian society. Jordanians and Palestinians have been living alongside each other since the 1948 Arab-Israeli war and Palestinian Nakba, and even long before that.

However, speak with everyday Palestinians and Jordanians and you might turn up stories that speak to underlying tensions between both groups.

Sara Suod, who is from Madaba, Central Jordan, told Global Voices that her parents would not allow her to visit Palestinian friends:

“I come from Madaba, and my family is extremely proud of that [being Jordanian]. So proud that they refused to let my sisters and I visit our Palestinian friends at their houses as children.”

While the time living together has created a sense of peace among the two peoples, complete harmony is still not present. Marriage and sports are two of the domains where we can still see these tensions more clearly.

Out of the 82,000 Jordanian women married to foreigners, almost 53,000 are married to Palestinians. A relatively high figure that could be taken to indicate the normality of Jordanian-Palestinian marriage in Jordan, but that figure can also be misleading.

Stories from Jordanian citizens (whether of Jordanian or Palestinian descent) paint a different picture of Jordanian society regarding these marriages. Even though the marriage is not exactly taboo, it can range –depending on the area and family—from being normal, to frowned upon, to being utterly forbidden.

Starting with stories of families who are at peace with the issue comes the story of Ahmad Khalil, a Palestinian man, and his Jordanian wife. Regarding their marriage as a successful one, he told Global Voices that:

We met at college, and got engaged after we both finished. Her family knew from the beginning, and so did mine. No one objected to anything, and things went quite smoothly throughout the engagement. Aside from normal, pedantic clashes between the in-laws, no major problems arose. Also, the clashes were never race-related. I guess it is because my mom is Jordanian, and her uncles are all married to Palestinians, so you can say our families are both equally used to the situation.

Ahmad and his spouse are lucky, and so are the ones who are born into families that are mixed, as the problem of prejudice or racism is minimised by the fact that each individual claims both identities.

However, not everyone has had the same experience as Ahmad. Speaking of her spouse’s and her own family’s opinion of her marriage to a Palestinian, Sara Majali, a 26-year-old woman from Al-Salt, west central Jordan, tells Global Voices:

Growing up, my family was never particularly strict about my siblings and I marrying a Palestinian, although when I told them that I was, they were not exactly thrilled about it. They would have rather I married my cousin who also comes from Al-Salt, or at least someone else from it. My mom opposed the marriage at first, telling me I could find someone ‘closer to us’, but my dad was not as opinionated.

Her mother eventually agreed to the marriage.

My mom eventually agreed to the marriage after months of convincing, but she still does not wholeheartedly bless the marriage. When my partner and I fight, the first words out of her mouth are always “wouldn’t it have been better if you married…?” and then she mentions the name of any Salt-born man.

My partner’s family, although not as aggressively against the marriage as my mom, still gave him a hard time. Afraid of the fact that I come from a large family, a trait that they think I would use against my husband, they also ironically advised him to find someone ‘closer’ to them. After 3 years of marriage, they have gotten to know me better, but I still feel that they put borders around my interactions with them—unlike their relationship with my brother in law’s Palestinian wives, who were immediately accepted and treated as a part of the family.

Sara’s story reflects an underlying opinion that has prevailed in Jordanian society ever since the first Palestinian immigration to Jordan in 1948 — Jordanian families are bigger and tend to have more power, while the Palestinian ones (being immigrants) have “no spine.”

“No spine” is a derogatory way of saying that Palestinian families are not as large and/or as well-connected as the Jordanian ones, implying that a Jordanian man or woman would be more in control of the marriage because they have the family and power to show for it.

That is why many Palestinian families are reluctant about marrying into a Jordanian family, and vice versa.

Al-Faisaly is one of the Jordanian Football League’s most famous teams and has been taken as a symbol for Jordanian citizens of Jordanian heritage.

Al-Wehdat, named after the 2nd largest Palestinian refugee camp in southeast Amman, is just as famous and is instead a symbol for Jordanian citizens of Palestinian heritage.

While fans usually have a go at each other no matter the team, Jordanians of both heritage usually brace themselves when a game between the aforementioned teams is scheduled.

Cases of assault are common, and have once gotten to the point where 250 fans were injured. Shops and cars owned by bystanders are often burned for no obvious reason other than to flare the riots.

The police are usually involved, and the two clubs’ managements usually try to discipline their fans by banning anyone who is trying to start a fight between the two—something that does not happen when either of the two teams plays against any other team.

In 2009, a leaked US diplomatic cable said that:

Anti-Palestinian hooliganism and slogans denigrating the Palestinian origins of both the Queen and the Crown Prince led to the cancellation of a July 17 soccer game between the rival Faisali and Wahdat clubs [sic], who traditionally represent the East Banker and Palestinian communities, respectively.

The conclusion can be drawn that the riots, arson, and misconduct is about more than just soccer, it is about what the teams represent: race. This point is highlighted by Al Wehdat’s own Palestinian President, who has said in one of his interviews with World Soccer:

For Wehdat, 99 per cent of the fans are Palestinian, you won’t find any Jordanian fans of Wehdat.