Asunción, Paraguay: A city in transformation that is excluding its residents 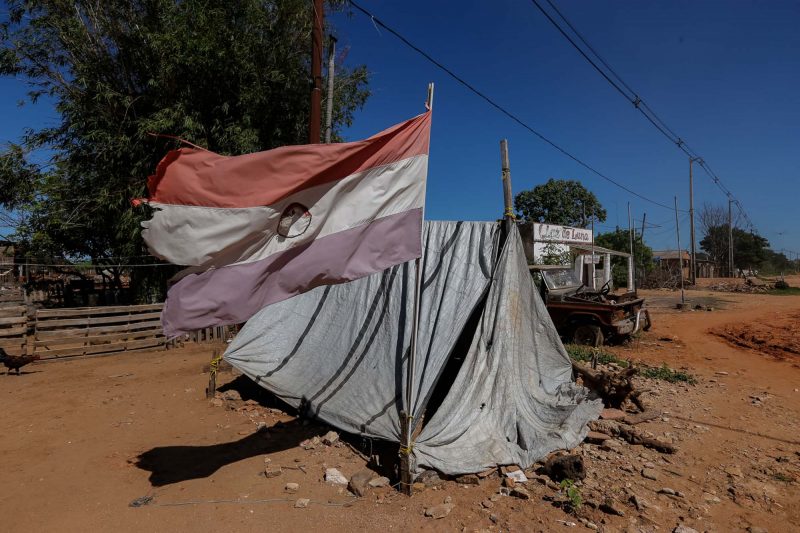 Asunción is experiencing a housing phenomenon wherein middle-class families are leaving residential districts and those most in need are settling on the riverbanks. (Photo: Juana Barreto, used with permission).

Asunción, the capital of Paraguay and the country's largest city, has undergone enormous development in the last several years at the expense of its more vulnerable residents. The following story by Julio Benegas highlights their resilience and solidarity in the face of these changes. It was originally published on November 13, 2017 by Kultural and is republished on Global Voices with permission.

“They do not want us here. They want an alternative Asunción, one where those in need are not in sight”, says Mirta Chávez calmly and attentively, as though disclosing a fact that has been mulled over a thousand times. Chávez is the customary chairwoman of the San Jorge neighborhood of Asunción, the capital city of Paraguay. She does not need to be appointed to the position officially, as everyone in the flattened alleys of wooden, brick and zinc houses calls her chairwoman. “I do my utmost for my residents and I neither compromise nor negotiate with politicians,” she proudly says about the role.

This neighborhood, which stretches from Avenue Artigas up to the River Paraguay, is home to people who work in factories, meat processing plants and shops, collect recycling, or toil in domestic labor. Those with greater income live on the firmer ground, and those with little or lower income, nearly all of whom make a living by rounding up aluminium and plastic bottles and cans, live in the more vulnerable areas. The closer they are to the river, the greater the poverty.

Mirta Chávez lives on the border of a marshland, which in geographical terms means that this is a flood zone in Asunción. The families who live there are the ones that have built their own neighborhood services, including water, electric lighting, streets and schools.

According to the 2012 Census, one in five people are living in the northern and southern marshlands of Asunción. During the 1980s and 90s the majority of people migrating from the countryside to the city ended up in the southern marshlands. This is not the case for the northern marshlands, which include the old neighborhood of Ricardo Brugada, also known as Chacarita. People have been living there for a very long time. At the beginning of the 20th century, the higher and firmer areas were populated with workers from the meat processing plants, the factories, the ports as well as the train and bus stations, which are no longer in operation there today.

Mirta Chávez is 35 years old and just like her siblings and her parents she has lived on the border of the firmer lands of the northern marshlands all her life.

During the floods of the Paraguay River between 2014 and 2015, everybody in the area was displaced from their homes. As a result of these floods, for several months around 20,000 families had to relocate, which cost the state 20 million dollars in aid, the same amount of money it took to build the first stretch of the Costanera Highway.

However, during this time other things also emerged, like Mirta's heroic side. Mirta brought the residents together to find sheet metal, nails, large pots and emergency boxes. She was also established as the spokesperson for holding talks and dealing with the residents from the high neighborhood who disputed their temporary campsites.

Neighborhoods boxed in by infrastructure projects

The most latent threat now is one of sand, stone and tarmac: the Costanera Norte, one of the most important projects for Asunción to come out of the Horacio Cartes government. It is a highway that will connect the city centre with the road leading towards the cities of Luque and Mariano Roque Alonso. It is thought that it will ease the absurd congestion in this part of the capital. The huge wall that has already been built for this highway has left the residents of the northern marshlands boxed in.

With the wall finished, water will no longer flow in from the Paraguay River. However, rainwater won't have any place to drain away. The residents haven't experienced this yet, but they can imagine what it will mean to live alongside a type of enormous dam, an artificial pond.

The organised residents have an alternative to this government-led project: they call it Coastal Defence. This is a proposal designed by engineer Ricardo Canese and industrial engineer Mercedes Canese, which involves a canal system and water pumps to return the water back to the river through pipes under the wall, without needing to fill out the land. Although they would be left without a direct view of and direct access to the river, their part of the city would remain intact and there would be no need for them to relocate.

In September 2014, when the Municipality of Asunción was planning industrial estates for the marshlands, residents in the thousands closed off the access to the municipal building. They were greeted with a violent crackdown. Mirta Chávez left with blows to her back as well as other parts of her body. “I am scared that one day of these days you will get shot,” her husband Arnaldo Penayo told her.

In the northern marshlands, those with lower income live closer to the river. Many of whom are involved in collecting aluminium and plastic bottles and cans.  (Photo: Juan Carlos Meza, used with permission).

Defence for a little oxygen in the city

It is a Sunday tormented by the seasons: a cold morning and a warm afternoon with cumbersome clouds getting ready to rain. Leticia Galeano, a 41-year-old filmmaker, is carrying fertilisers for the garden and a small shovel for digging in Pavetti Park. The sun reveals an intense green in the garden, underpinned by a row of bottles of various colours.

At the entrance to the park there is a “tent of the resistance” with a crumpled Paraguayan flag tied to a stick, just like in the rural settlements of the northeast of the country. The former residents of the neighborhood of Trinidad want to preserve the little that remains of this park.

Today in Pavetti Park there remains just one area of large trees that cover the transition between the brown earth of the Chaco region and the fiery red of the Oriental region. The majority of its last trees were cut down to make room for the street leading out of what will be a project of cement and glass: a luxurious three-towered building, Jade Park. The building is promoted using the phrase “Live the city, breathe nature.” It is being built by the Jiménez Gaona & Lima corporation, owned by the public works minister's family. Its the same ministry that is building the Costanera Norte highway, which will leave Mirta Chávez's neighborhood boxed in.

Jade Park is an endeavour of the Fortune International Group, an American group with powerful shareholders such as Barcos & Rodados and Tierra Buena of the Cartes Group, a group associated with President Horacio Cartes. According to a statement made by the CEO of the investment group, Guillermo Petri, Jade Park will consist of three towers in the middle of a lower neighborhood of Asunción, and represents an investment of 92 million dollars.

The old area of Trinidad, which is in the low-income areas of country houses and small reserves, is struggling under the current pressure on housing. In the surrounding area there are houses that look like bunkers and residential buildings for the upper class, which take up entire blocks, leaving just a handful of insufficient and practically isolated low-income housing. 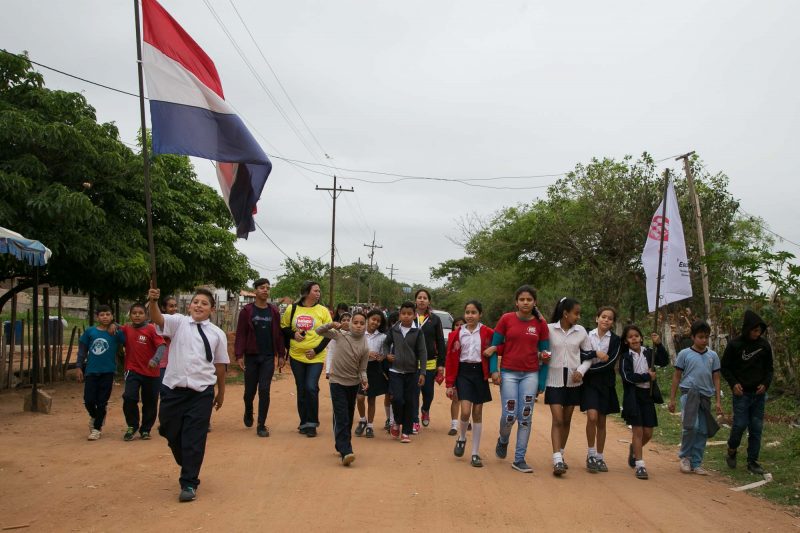 Roots in the marshlands mean that large families live close together, communities that have worked collectively to access basic rights. (Photo: Juana Barreto, used with permission).

She claims that the vulnerable population has increased three-fold and that the middle class was driven out towards other municipalities at the same rate: “On the one hand this is due to the inability to settle down within the production system and on the other it is due to the increased cost of living in the city (property taxes, light and water services, transport, etc.).”

What is happening today in Trinidad has already happened, on different scales, in other neighborhoods such as Las Mercedes, Barrio Jara and Villa Morra. Old low-income blocks were turned into streets with electric fences and high walls as well as deserted streets.