Venezuelans who hope for government change face dilemma — to vote or not to vote? 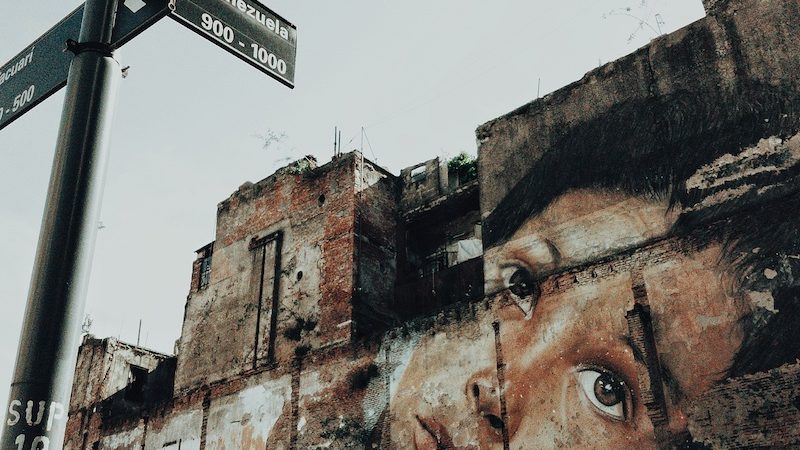 The following post has been written with the collaboration and assistance of Venezuelan communicator and political analyst Naky Soto and Global Voices contributor Luis Carlos Díaz.

As Venezuela approaches a controversial presidential election on May 20, many Venezuelans are questioning whether it is worthwhile to vote.

On the one hand, not voting means their displeasure with the current government won't be registered at the ballot box. On the other, even if they did vote for an opposition candidate, they have reason to doubt it would be counted correctly.

According to studies, the integrity of the Venezuelan electoral process has been compromised since 2004, when then-President Hugo Chavez — the man who ushered in an era of populist politics and centralized executive authority — survived a recall referendum.

At the same time, analysts inside and outside the country point out how current President Nicolás Maduro hasn't exactly respected space for the country's political opposition. His government blocked an effort to convene a recall referendum on his presidency in 2016, and the next year, the Supreme Court  (stacked with Maduro allies) suspended the opposition majority National Assembly. The court itself assumed the assembly's duties and gave Maduro more power over the legislature.

The move, seen by many inside and outside the country as a “self-inflicted coup” and an official end to democracy in the country, sparked a series of protests that faced violent crackdowns and resulted in a large number of people being imprisoned and tortured.

Despite the fact that protests are no longer as present in the center of international media attention, movement in the streets has not ceased. Albeit in smaller numbers than 2017, but with violent retaliation from the police and other armed groups, people are protesting unbearable economic conditions such as record numbers of children dying of malnutrition, a medicine shortage of around 85% and an inflation rate that is expected to soar to 13,000% among many other examples.

A divided opposition in an unsound election

As the National Constituent Assembly (the institution created to substitute the National Assembly that was suspended in 2017) called for early elections that were later pushed to May, many human rights organizations denounce the lack of legal basis for the move and accuse the government of rigging the elections. In addition, other countries in the region and abroad have refused to recognize the results. José Ignacio Hernández explains it this way in the online media outlet Caracas Chronicles:

There are more than enough reasons to doubt the election will be fair. The clear violation of the Venezuelan Constitution by the fraudulent constituent assembly; the lack of independence of the National Electoral Council; the arbitrary political bans on political parties and leaders of the opposition; the political bias of the Supreme Tribunal; the absence of electoral accountability, and the supra-constitutional powers of the illegitimate constituent assembly: all of these are established. In addition, the international community, from the United States and the European Union to Colombia, Argentina and Peru, have already said that they will not recognize such elections. Even to consider participating in this blatant fraud of an election called by the ANC is outrageous.

At the same time, for analyst Felix Seijas and renowned writer Alberto Barrera Tyszka, the government capitalizes on the fractures that keep the opposition weak and at a disadvantage. According to Seijas:

After being defeated in October's local elections (that were considered fraudulent) most of the members of the opponent coalition MUD [Democratic Unity Roundtable] decided not to participate in the next contest. The will of the government to trick the number of ballots, break electoral rules and block the ways for opposition voters to get to the ballot box means that there's almost no risk for Maduto to loose.

Meanwhile, Barrera Tyszka looks at the structures that create unfavorable conditions for free and fair elections:

Venezuela's elections are designed to be a perfect scam. The government picks all the candidates, sets the rules of the game, forbids any scrutiny or independent monitoring [and] blackmails voters with food and medicine, while the part of the population that is a bit less in need carry the moral dilemma of whether to vote or not.

To vote or not to vote: Is that the question?

Given the circumstances and the whole environment of these elections, those opposing the government find themselves inside a highly tense debate over whether to vote or not. Moreover, the contestants that oppose President Maduro, Henri Falcón and Javier Bertucci don’t seem to stand a real chance. For those who have decided to stay at home, not voting equals not collaborating with what they consider to be nothing more than a deceptive way for the government to hang on to power.

Unconditioned elections, Maduro shielded by the National Electoral Council and voter fraud. Voting without democracy doesn't make you a citizen, but an accomplice of the regime. On May 20th leave them by themselves with their fraud.

Presidential elections in Venezuela. It's not a joke. It's not funny.

A cartoon by EDO: VOTING: An act of resistence and civil duty

For those supporting the no-participation choice, [voting] in elections under the conditions that have been set out by the CNE, with hundreds of political prisoners, [opposition] leaders disqualified to run for office, with thousands and thousands of exiled people to whom the right to vote has been taken from them […] would mean to bolster up the legitimacy of the dictatorial power. [However] not participating in the elections would bring those who support this option to leave all initiative to the dictatorship, or worse, to give away the election without any kind of resistance.

What seems clear is that supporters and representatives of chavismo continue to be a part of a united front in contrast to those of the opposition and its followers. Nevertheless, in spite of election plans and strategies, boycotts and protests, most Venezuelans continue to stand powerless in front of the massive crisis that continues to push thousands of people out of the country as they flee human right violations, food scarcity, and violence on both an urban and institutional level.