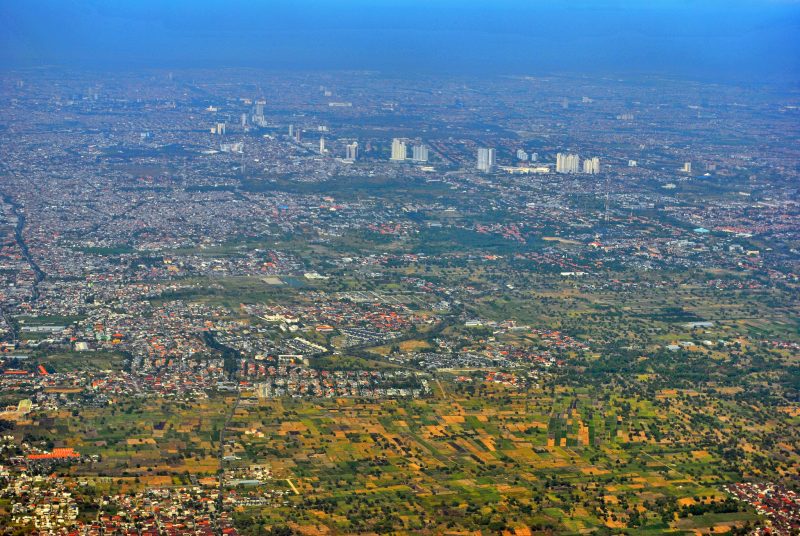 People are scared, confused and angry following a spate of violence in and around Surabaya, Indonesia's second largest city, including suicide bombings at three Christian churches on Sunday, May 13, 2018, that killed at least 14 people and injured dozens.

Later that same day about 30 kilometers away, a 47-year-old snack peddler's homemade bomb exploded accidentally in a social housing facility, killing the man's wife and eldest daughter and injuring his three other children. The man, who police say was assembling multiple explosives, was shot dead by counter-terrorism forces.

And in the morning of Monday, May 14, a family of five on motorcycles detonated themselves at the checkpoint gate of Surabaya Police Headquarters, killing them and leaving four officers and six civilians in critical condition. One of the children of the suicide bombers, an 8-year-old, was hurt but survived.

In response to the attacks, police announced a nationwide maximum security alert.

The Indonesian police identified Dita Oepriarto, a father of four, as the mastermind of those attacks. He was also named as the Surabaya ringleader of Jemaah Ansharut Daulah (JAD), a group that has pledged allegiance to ISIS leader Abu Bakr al-Baghdadi and is designated a terrorist organization by the US government.

A few days ago, the Indonesian police managed to control a prison riot in Depok, a West Javan city, involving hundreds of detainees, many of whom belong to JAD. Riot leaders were eventually transferred to Nusa Kambangan maximum security prison.

The police believe that the Surabaya bombings could be retaliation by JAD in response to the waning ISIS presence in the world and rampant arrests of its ring leaders.

‘May there be no hate or violence in people's hearts’

Hundreds of Surabaya residents showed up at the Red Cross Indonesia to donate blood for the bombing victims. And there was an outpouring of condolences for the victims of the violence.

Deepest condolences to the Surabaya’s church bombing victims. I dont know what actually happened but I hope everyone safe.

I feel sad for the loss of loved ones and condolences to their families in #SurabayaBombing – a senseless and coward act, religion is to make us better not destroy #indonesia #pray #condolences

The country's two largest Muslim organizations, Nahdlatul Ulama and Muhamadiyah, offered their condolences to the families of those who perished and condemned the acts.

And the Indonesian Council of Churches (PGI) on its press release asked churches and the congregations to fully trust the state to carry out its duties. It also called on churches and public to diffuse misinformation and not to “fight violence with violence”. Pope Francis also spoke of the need for “reconciliation and brotherhood” after the attacks:

The Pope said: “To Indonesia and Christians in Surabaya, we asked the Lord of Peace to cease this violence, may there be no hate or violence in people's hearts but reconciliation and brotherhood. #UnitedAgainstTerrorists

President Joko Widodo, who flew to Surabaya hours after the harrowing events took place, appealed for calm and asked for the nation's vigilance and unity in the face of terrorism.

On social media, some Indonesians echoed the call for solidarity:

Before becoming a Muslim, a Christian, a Buddhist or a Hindu, let's be HUMAN first. Shall we? We came into the world like brother and sister, and now let's go hand in hand, not one before another. Deepest condolences for victims in Surabaya's bombing. #BersatuLawanTerorisme

Could stronger legislation have prevented the attacks?

Indonesia is home to the world's largest Muslim population, the majority of whom practice a moderate Islam. However, there are growing concerns about the influence of groups at home and abroad that aggressively promote intolerant and even violent interpretations of the religion.

A recent survey on intolerance among students conducted by the Wahid Foundation, a research and social empowerment center in Jakarta that supports a plural and peaceful Islam, found that 60% of the 1,626 respondents nationwide said they are willing to go to areas of conflicts if they have the chance, and 68% would consider participating in holy war in the future.

The alleged perpetrator of the three church bombings, Dita Supriyanto, reportedly used his wife and their four children (two teenage boys and two young daughters) in carrying out the attacks. National police chief Tito Karnavian said the family is one of many who returned from Syria after fighting for ISIS.

Some have said Indonesia's current anti-terrorism law is problematic because it doesn't allow police to arrest suspects unless there is an imminent danger or when the attacks have been carried out already. It also doesn't include a formal “deradicalization” process for returnees from Syria. Mohammad Guntur Romli, a journalist-turned-politician, asserted the need to pass new legislation:

The family which bombed the churches in Surabaya were Syrian “alumni”. With current terrorism law, those who joined ISIS can't be charged. They belonged to JAD, so they're off the hook. They can be persecuted only by making a bomb and carrying out the attack. We need #GovernmentRegulationInLieuOfLawOnAntiTerrorism.

Some 500 ISIS alumni who returned from Syria and Iraq are now roaming free without facing detention and deradicalization process. One family successfully blew up three locations. This is a state of emergency that requires the passage of #GovernmentRegulationInLieuOfLawOnAntiTerrorism.