Bangladesh blasts off with their first ever satellite launch into space 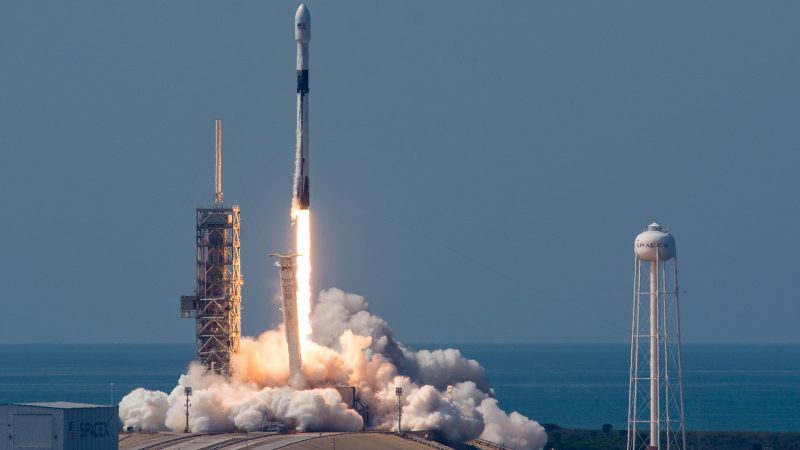 At 4:14 p.m. Eastern Daylight Time (EDT) on May 11, 2018, Bangabandhu-1, Bangladesh’s first geostationary communications satellite, was launched into space from Cape Canaveral, Florida in the United States. It marked a key milestone for the country and was celebrated throughout Bangladesh.

Bangabandhu-1, named after the nickname of Sheikh Mujibur Rahman, founding father of Bangladesh, was launched into its orbital slot on 119.1 degrees east longitude. The satellite's mission is expected to last at least 15 years.

The launch was originally planned for May 10 and postponed to take place the following day after an error was found just a minute before launch. A delegation of Bangladeshi officials, led by State Minister for Telecommunications and Post, Tarana Halim, arrived in Florida on Tuesday to witness the successful launch.

Work began on the 7,700-pound (3,700-kilogram) satellite back in 2015, when it was ordered from France-based Thales Alenia Space by the Bangladesh Telecommunication Regulatory Commission.

The launch also marked a milestone for the company SpaceX, who was contracted to carry out the launch itself. It was the debut of a new upgrade to their launch vehicle, known as Falcon 9 Block 5, which is a more reusable, higher-thrust model. SpaceX is an American company founded in 2002 by entrepreneur Elon Musk. SpaceX produced a live webcast of the launch, which can be viewed online:

Bangabandhu-1 will provide satellite television, internet access, and emergency communication services, as well as broadband to rural areas in Bangladesh, and will be operated by the newly-formed state-owned company the Bangladesh Communication Satellite Company Ltd, after having been led by the Bangladesh Telecommunication Regulatory Committee (the BTRC) up until this point.

According to the Dhaka Tribune, Bangladesh’s annual expenditure for satellite connectivity is currently 14 million USD spent on renting bandwidth from foreign operators. It is predicted that with the launch of Bangabandhu-1, this cost will significantly decrease.

Incredible moment yesterday. #Bangabandhu Satellite-1 being celebrated. This one-of-a-kind #satellite is designed to reduce the #digitaldivide in #Bangladesh not only in big cities but also in rural areas. It will be a source of #employment in the region @telespazio @SpaceX pic.twitter.com/a3oiRNEPzH

The satellite will offer Ku-band coverage over Bangladesh and its territorial waters in the Bay of Bengal, India, Nepal, Bhutan, Sri Lanka, the Philippines, and Indonesia.

On Twitter, Bangladeshi citizens expressed their support for the mission, despite the early hour of the launch.

Finally #Bangabandhu1 is going to be on #Space and #Bangladesh is entering the club of satellite owners as 57th country in the world. Thanks to HPM #SheikhHasina for her relentless efforts and step towards #DigitalBangladesh. pic.twitter.com/YCF6Fmb1Wc

However, some like Kazi Didar commented that the huge expenditure for the satellite could be better used to meet some of Bangladesh's basic requirements first:

No matter what, this is being regarded by many as a major achievement for Bangladesh:

Cannot believe Bangladesh is becoming the 57th member of the satellite-owning exclusive countries club with the launch of #Bangabandhu1
proud moment, though most are busy watching TV shows so they probably have no clue ?