Despite support for the #MeToo movement in Pakistan, a culture of silence still prevails 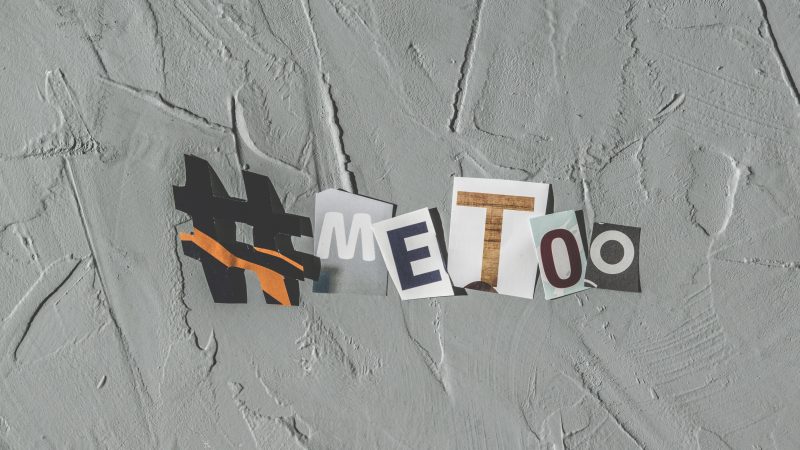 Photo by Lum3n.com from Pexels. CC0

Following the harrowing rape and murder of 7-year-old Zainab in Kasur, a city located south of Lahore (the provincial capital of Punjab), celebrities began using the #MeToo hashtag to talk about sexual assault faced by women in Pakistan.

Theatre and TV actor Nadia Jamil, former model and choreographer Frieha Altaf, and fashion designer Maheen Khan all took to Twitter to open up about their own childhood sexual abuse stories, encouraging others to come forward with theirs. Unfortunately, cases like Zainab’s are some of the only times when people can come forward with their own stories and help to shed light on deep-rooted issues.

However, a recent case involving sexual assault accusations against a beloved male celebrity has caused a backlash against his accuser, causing many to call into question the double standards placed on women who speak out against sexual violence.

Pakistan, as a country, is no stranger to sexual harassment — a situation that affects all genders. According to numbers by Sahil, a non-governmental organization that documents rape cases reported in daily newspapers, in 2017, a total of 3445 child abuse cases were reported in the newspapers in Pakistan and many of these have not been registered with the police yet.

Sharing this because I believe that by speaking out about my own experience of sexual harassment, I will break the culture of silence that permeates through our society. It is not easy to speak out.. but it is harder to stay silent. My conscience will not allow it anymore #MeToo pic.twitter.com/iwex7e1NLZ

As people began speaking out, many saw positive effects such as the #JusticeForZainab trend which was followed by educational videos and talk shows about good and bad touching and the need for sex education in the country –something that was picked swiftly by the provincial government of Sindh. Many felt the country was moving towards a positive change, that is, until April when singer and prominent entertainment figure Meesha Shafi tweeted harassment allegations against Ali Zafar. Zafar is a singer and former Bollywood actor and Shafi claims that he had abused her on multiple occasions. This time, instead of backing the accusers, the internet and the industry seems to feel alienated; they can't seem to choose sides.

Is there a double standard for female Pakistani entertainers?

The Pakistani entertainment industry, which is as old as Pakistan itself (Pakistan got independence in 1947), is judged or praised according to the ever-changing mindset of the country’s people — something which is, in part, inspired by heavy politicisation by the political parties and their manifestos. Pakistan, which was heavily Islamicized and had gone into a transition from being liberal to be conservative and back to being moderately liberal over the years, has yet to decide if they love their entertainers or hate them.

A woman breaks her silence about abuse, withstands character assassination & further abuse on social media, her story turns into memes & tone-deaf jokes that trivialize the issue, she fears ostracization – but suuuuure, she did it for the cheap publicity. https://t.co/eDeOpXYUox

Throughout these political and social changes, what remains widely believed is that these entertainers, or more aptly put, the women entertainers, are a bad influence. The women who work in the industry struggle daily with maintaining their image in the country, they are constantly under pressure to behave and maintain a sophisticated, religious and family orientated presence. Many feel that it is unethical for women, in general, to stay out late, mingle with more men than necessary, to travel around the globe and stay in hotels, to be seen on TV constantly, to wear clothes that are ‘inappropriate or to even smoke — all of which are common practices in any entertainment industry.

That being said the burden for social discourse also lies on these influencers. Even though their characters are regularly questioned, their lifestyle and ideologies matter to all these people — whether they be detractors or not. This background is important to understand the position of women in Pakistan, especially when they come forward with allegations of harassment.

In Meesha Shafi’s case, what mattered to people was the fact that a beloved male pop-star was the accused. People viewed Shafi's allegations critically, scrutinizing her past, her behaviour, and her character. This happened to such an extent that she decided to deactivate her Facebook and Instagram accounts.

In an interview with a local newspaper, Shafi states:

They (my accounts) have been deactivated for very obvious reasons, one would think. The abuse, threats, bullying and slander that I have faced is the reason I felt the strong need to protect not just myself but my family, especially my two young children who were also being subjected to personal attacks online.

In response, some netizens questioned the veracity of Shafi's statements:

It’s funny how such things to go one other extreme in Pakistan for starters we don’t even know what ali zafar did. It could have been something inappropriate but is it big enough to splatter it all over Twitter?

Ali, who lost his position as the judge for the prestigious music show Pepsi Battle of the Bands, immediately filed a defamation case against Shafi and their lawyers are in now fighting a legal battle.

In the past weeks, many other women have come forward sharing their stories of abuse at the hands of Ali Zafar; however, his band members and colleagues have stood by him explaining that he is a ‘devoted husband, father and a family guy’. The industry at large is careful not to take sides as the case rolls on.

You are explaining things to Feminazis. There is no concept of judge and jury with them. A man should be hanged when they point a finger at him. If u demand investigation and the man actually turns out to be a culprit, they would tear you apart with a barrage of “i told you so”.

Nadia Jamil, while tweeting about the issue tried to present both the sides giving many contradicting statements to stay on neutral ground:

This case has become a classic example of victim blaming while the perpetrator roams freely. Unfortunately, it is not the only high profile case where we have yet to see results in alleged harassment cases in Pakistan. Case in point, Ayesha Gulalai, a member of the national assembly of Pakistan and Imran Khan’s, leader of the mainstream party Pakistan Tehreek-e-Insaf (PTI). In this case, Gulalai alleged that Khan harassed her and was rebutted for her character after which she was asked to leave the political party PTI. Her political career took a serious blow after the incident.

As the courage of #MeToo speakers across the world forces a reconsideration of how violence against women is managed and ended, we express our solidarity with victims and with the pressure for change. This is as urgent in Pakistan as it is in the rest of the world.

#MeToo
“There must be consequences for those who choose to abuse and not to comply… We say to the women who are speaking up: we hear you, we are with you.”
Read the Full Statement: https://t.co/QtNDSAzkwj pic.twitter.com/T27frk6uI3

Unfortunately, not everyone is behind Shafi. While talking to the press, Minister of State for Interior Affairs Talal Chaudhary, called the Meesha/Ali incident a ‘drama’, adding that it was a scheme to “to grab media attention”.

While the international community and celebrities are paying heed to Shafi's case, the local community is still digging for evidence to rebuke her allegations. This trend of victim shaming can be seen as an indicator of Pakistan’s culture of silence, where people feel safer by not disclosing these incidents due to the fear of further harassment, on social media or in their personal circles.