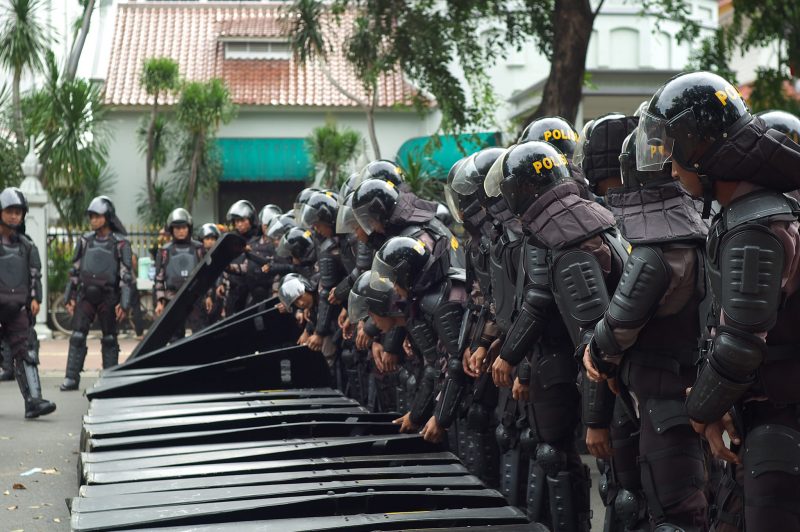 UPDATE (May 10, 2018): After a 36-hours standoff, Indonesian authorities reported on the morning of Thursday, May 10, local time, that the situation is under control. 145 terrorism detainees surrendered unconditionally and were removed from the scene. The detainees were transferred to Nusa Kambangan, a maximum security prison in Central Java dubbed the “Indonesian Alcatraz”, where they will face further charges. Pasir Putih prison, part of Nusa Kambangan prison complex, is reserved for terrorism convicts. One of its notorious detainees is Abu Bakar Ba'asyir, the spiritual leader of Jemaah Islamiyah, a Southeast Asian splinter group of Al Qa'eda. A few years ago, photos were circulated online of the septuagenarian extremist cleric and dozens of Pasir Putih detainees pledging alliance to ISIS.

The riot began on Tuesday evening local time at Mobile Brigade Command Headquarters (Mako Brimob), a high-security prison whose inmates include those convicted of terrorism.

According to official reports, a standoff occurred as a result of a simple misunderstanding over food between one inmate and a member of Densus 88, Indonesia's counter-terrorism squad. The situation escalated quickly as the inmate incited others to action, took officers hostage, and managed to access the prison's arms reserves.

Five Densus 88 officers were reported dead, while one was released after being taken hostage for more than 24 hours.

Through its propaganda outlet, the group ISIS claimed involvement in the incident. The Indonesian police have denied the group's claim.

Most of the detainees belonged to JAD, a group designated terrorist by the US government.

Analyst Sydney Jones from the Institute for Policy Analysis of Conflicts (IPAC) was quoted as saying that pro-ISIS detainees have constantly caused trouble at the high security prison.

According to Indonesian terrorism analyst Al Chaidar, the riot wasn't premeditated, but the motive could be vengeance against the authorities, who raided cells to confiscate smuggled mobile phones and copies of the Koran.

On Twitter, Indonesians are using the hashtag #KamiBersamaPolri (We're supporting the National Police) to send condolences to the relatives of the fallen officers and encourage the nation to stand firm against terrorism.

Tweeps, the wife of First Lieutenant Yudi, who died in line of duty, is nine months pregnant. Let's pray for their family.

Our condolences to the five police martyrs. Thank you for dedicating your lives for this nation.

We support the police in fighting terrorism. The state shouldn't be defeated. Terrorism is a crime against humanity.

Media access is limited as negotiations and tactical actions are still underway.