An uneven playing field for female candidates in Sri Lanka

This post by Amalini De Sayrah and Raisa Wickrematunge originally appeared on Groundviews, an award-winning citizen journalism website in Sri Lanka. An edited version is published below as part of a content-sharing agreement with Global Voices.

February 2018 saw the implementation of a 25% quota for women's representation in local councils in Sri Lanka's Government Election. This was seen as a welcome move, especially by women's rights groups who had been advocating for the change for many years. However, in the lead up to polling, election observers such as the Centre for Monitoring Election Violence recorded several instances of intimidation, harassment and slander leveled against female candidates. These ranged from attempting to deter possible candidates from seeking nominations to violence that directly threatened their safety once they had been included on party lists.

There were several documented instances of outright violence. A candidate in Embilipitiya saw her house attacked with stones. In Welikanda, a candidate was admitted to the hospital after being sexually assaulted by a supporter. A candidate running for the Kotte Municipal Council seat filed a false complaint with the police against a female candidate. Groups supported by a regional MP gagged a candidate in a house in Mullaitivu, threatening the safety of her and her daughter if she did not withdraw her nomination.

A number of attacks were organised by male candidates, election observers noted. Religious clerics also carried out sustained campaigns against the participation of women in politics. These incidents of violence were strongly condemned by rights groups as undermining the importance of female representation in politics.

While physical harm and threats to property have been widely recorded, a form of violence experienced by candidates that is not often spoken about is what the Association for Progressive Communication has termed ‘technology-related violence against women’. APC’s definition includes social media platforms, but also extends to threatening phone calls and messages. In addition, violence occurring online or via technology can extend offline as well, at times resulting in physical violence in addition to psychological and emotional harm.

These are the stories of female politicians who have experienced harassment through a range of technology and social media. This constitutes only a portion of the violence and intimidation, which often extended offline, that targeted their work and campaigns. 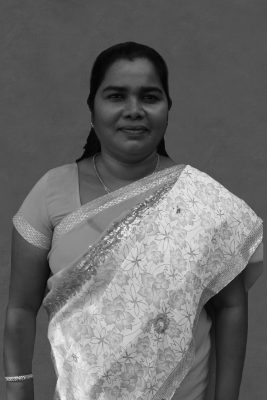 Contesting under the UNP for the Arayampathy ward in Batticaloa, Jegatheeswaram Jeyachandrika, or Meena as she is known, counts the threats she has received on her fingers. There was the time people threw stones.

She complained to the Kattankudy police — but no investigations followed.

Then, there are the Facebook posts. She shows us one using a photograph of her in a group of men. Meena has been circled in red.

We opened some new shops that day, part of a collective project. This post implies that I was the mistress of one of the other ministers in that picture.

All of the women volunteering for her campaign left after this surfaced, presumably due to the fear that they would be the targets of similar content if they continued to work with her.

“There is no safety for us”, she notes, referring to herself and the many female candidates who have been subjects of targeted attacks like this in the lead up to the Local Government Elections.

The series of attacks against her began when nominations were taken. She sent a
letter to the Election Commission detailing all of it, but has not received a response.

Meena notices the double standards in society’s reactions to female and male politicians:

I expected nearly a 1000 votes. Because of the slander and harassment in real life, that number fell by more than half. Now, I’m left with my 333 votes, and a file full of printouts of the harassment that I have received online.

According to Rosy Senanayake, who was officially appointed the first female mayor of Colombo: 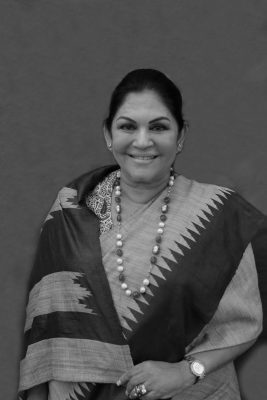 In the 21st century, the digital sphere nearly outweighs that of physical human interaction.

She notes that the troubling phenomenon of women facing harassment online occurs across all strata of society, and across age groups, from young teenagers to grown women.

Commentary on the internet, beginning on Facebook groups that post memes, eventually find their way to WhatsApp groups that circulate inaccurate messages very far and fast.

Derogatory statements meant to demoralise me are usually fabricated to paint me as a person not worthy of being a politician.

Senanayake added that the content often criticised her for not being held accountable for things that are beyond her mandate and control. Individuals who have received these messages through their networks often approach her to tell her she does not have their vote. There were also memes attacking Senanayake on the basis of her age and gender.

There is conversely a lot of support for Senanayake on social media too, she acknowledges. On her Facebook page, many commenters also express gratitude to her for her work. She notes also that social media has proved both inexpensive and effective as a campaign tool, allowing her to reach a wide range of people, including a younger demographic that traditional advertising would otherwise miss.

We used social media to push out my manifesto and policies, but a lot of the comments and criticisms on social media are not for any constructive purpose. It is a double-edged sword. 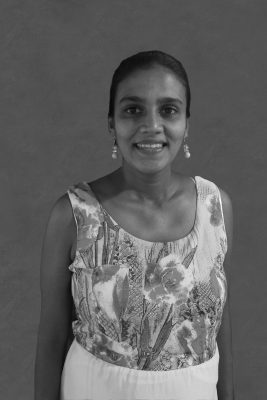 When you’re having a conversation, your message might reach four or five people. With technology acting as a mouthpiece, you can reach thousands at a time. And when you don’t see the person you’re speaking to in front of you, people feel they can say whatever they want.

Chilaw UC member and attorney-at-law Jeevanee Kariyawasam notes that the cloak of anonymity often enjoyed by people on the Internet leads to offline threats and harassment as well. Her decision to enter the political fraternity has also led to her family being targeted as well.

My mother would get phone calls from people threatening to kill her and warning her not to step out of the house, and further threatening her if she lodged official complaints about them.

She received strong backlash when she published a Facebook post that criticised the General Secretary of Buddhist hardliner group Bodu Bala Sena, Gnanasara Thero and Ampitiya Sumana Thero from Batticaloa, both of them known for rhetoric encouraging hate and indeed violence against religious minorities, and Muslims in particular.

‘These attacks are being carried out against us by people who know us and know things about us. Gnanasara’s goons don’t have time to be sifting through my posts online.’ 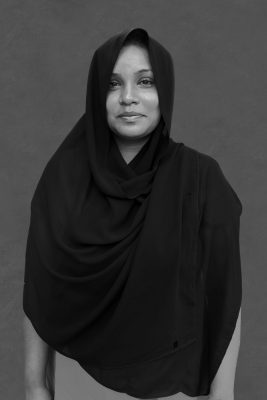 Initially, Bisliya, a women’s rights activist and a researcher of female participation in politics based in Puttalam, didn’t want to enter the arena herself. Her interests lay in working to get more women elected in the first place. Yet one of her mentors submitted her name for nomination. She decided to pursue it, knowing full well the problems she would face as a result.

Bisliya says that the harassment she has faced includes the police, who barge into the homes of female candidates in the middle of the night. They accuse the women of printing counterfeit money, solely because they own a computer. They also make claims that the women possess weapons.

A new dimension to this harassment is rapidly emerging with the emergence of religious clerics condemning female participation in politics. Several women’s rights groups have dispatched letters to the Inspector General of Police in this regard.

Bisliya’s phone is full of videos of these speeches.

Niyas Moulavi makes speeches at various forums, stating that women who stand for elections are not true Muslim women. He accuses them of not having any respect for traditions and addresses the public in saying that they can’t even be called candidates, they are ‘loose women’

The speeches are distributed on Facebook and WhatsApp. One of the Moulavi’s supporters or employees, a man named Hizney, does not fail to send her all these sermons directly to her on Facebook Messenger.

‘Support for me dropped after these videos started being shared. I’m lucky that my husband is supportive’

The general expectation is that more women would come into politics. But the ground reality is different. When the female candidates are harassed they receive no support or justice. Meena says:

We are left wondering if we are wasting our time.