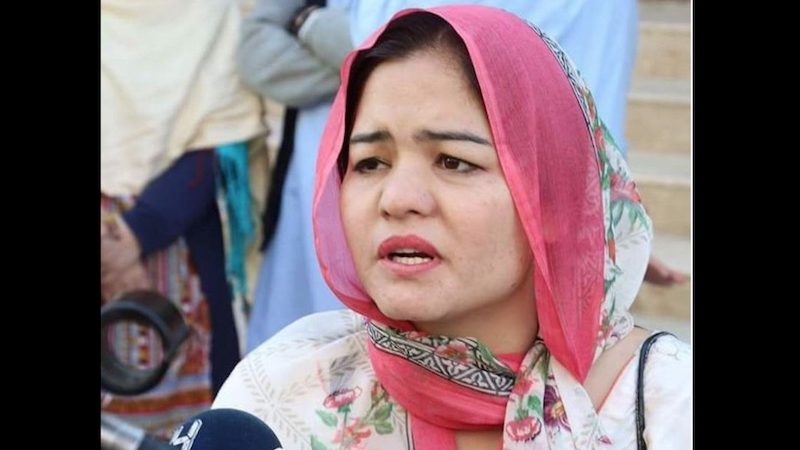 A hunger strike of Hazara women led by Jalila Haidar, a prominent lawyer and human rights activist who comes from the Hazara minority of Pakistan, successfully pressured the country's army chief to speak with community leaders about the continued targeted killings of Hazaras.

The strike began on April 28, 2018. Participants camped outside the press club in Quetta, the capital of the Pakistani province Balochistan. In a Facebook video, Haider said:

We demand that the Chief of Army Staff, Qamar Javaid Bajwa, must come to Quetta dressed as a civilian and listen to the cries of the 3,000 widows and 10,000 orphans

Hazaras have long been protesting for the right to live without fear of death. Hundreds of Hazaras have been killed in the last several years in Pakistan, targeted for their religion (Shia Islam) or ethnicity by militant groups like the Tehreek-e-Taliban Pakistan (TTP).

Perpetrators are rarely brought to justice, which has led many to believe state forces don't care or are complicit in the violence.

#Hazara women, led by friend Advocate Jalila Haider, are on hunger strike against #HazaraGenocide in front of #Quetta Press Club.

Pakistani media search for news in Palestine, jumping over the dead bodies at their doorsteps.

In presence of No. 1 agency of the world ISI, #Hazara community people have been facing systematic genocide since 1999 in Quetta & more than 2500 members of d community have been killed till date but not a single terrorist has been brought to Justice which is a big Question ? pic.twitter.com/aQv8BrZ7lh

ISI, referenced in the tweet above, stands for Inter-Services Intelligence, which is Pakistan's top intelligence agency.

On May 2, 2018, Haider called off the hunger strike when the chief of army staff agreed to the visit. Haider posted on Facebook:

Hunger strike has been called off from my side on the request of [Interior Minister] Ehsan Iqbal and Army chief after ensuring and promise of making the law and order situation better in Quetta for Hazara Tribe. Thank you all for your support.

‘We call upon everyone who believes in the right to life’

Haider's protest was spurred by the deadly drive-by shootings of two Hazara shopkeepers by two unidentified men on a motorbike in Quetta on April 28, 2018. She was accompanied in the hunger strike by women of her community.

The protesters demanded answers as to why their community is a target, why they can't enjoy the “right to life” and why security policies aren't protecting them.

A solidarity hunger strike camp was set up 900 kilometers away in the city of Islamabad, which was joined by Ismat Shahjahan, a prominent democratic activist involved in the Pashtun Tahafuz Movement, which is fighting for the rights of the Pashtun minority of Pakistan.

Earlier in April, she joined a week long sit-in with the yellow cab drivers in Quetta and expressed solidarity with the ongoing Pashtun Tahafuz Movement saying that it is a movement demanding the right to live. There, she said, according to progressive news outlet NayaDaur:

About 3,000 Hazaras who were also workers, taxi drivers, vegetable vendors, daily wagers, have been killed. I will not call them martyrs because they were cold-blooded murders. We were killed. We are here to demand an end to these murders and to the politics of war.

The Hazara community has faced violence for years. They are attacked due to their faith & ethnicity. After a spate of targeted killings recently they are staging a sit-in at Alamdar Rd. Jalila Haider, a Hazara activist & lawyer, speaks about the protest.https://t.co/Q5x8mMYxV8 pic.twitter.com/U1dzkuEHmv