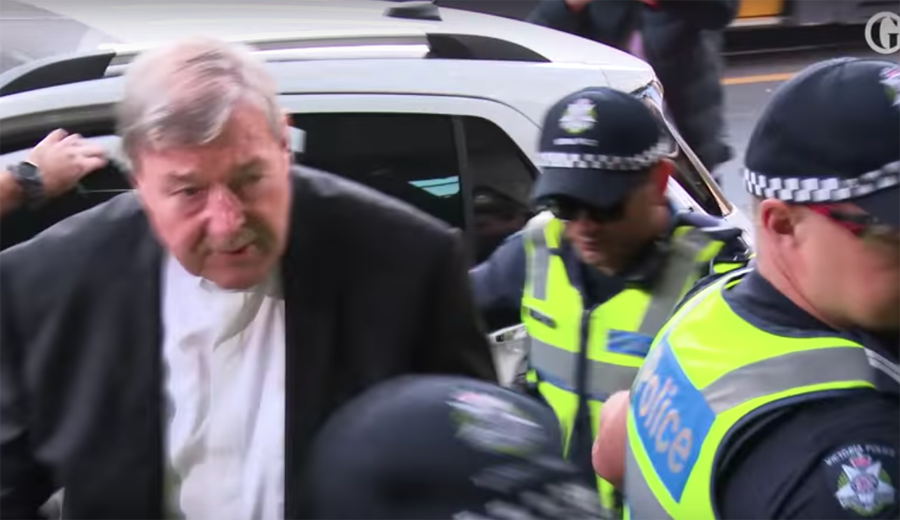 The third most senior Vatican cardinal, Australia’s George Pell, is to stand trial on multiple sexual offence charges dating as far back as the 1970s. Melbourne Magistrate Belinda Wallington delivered her decision after a lengthy committal hearing in which several other charges were dismissed.

The cardinal has pleaded not guilty. He is third highest Vatican official, the Pope’s so-called ‘treasurer’ with responsibility for church finances. He is currently on extended leave.

It has been a long process so far. In 2016, Pell controversially declined to return home from Rome to give evidence to the Royal Commission into Institutional Responses to Child Sexual Abuse about his role in alleged cover-ups by the Catholic church. Instead, he gave evidence by video link.

In a seemingly separate development, Pell was charged with historical sexual offences by Victoria police in June 2017.

Nevertheless, many have seen the issues as closely linked:

I'm still waiting for Cardinal George Pell to be charged with knowingly covering up and facilitating the child abuse perpetrated by others.

So many abusers protected or simply transferred to a different parish.

Shame that they are not going after him for all the evil he has helped to cover up as well.

As he entered the court, Pell was greeted with shouts from the crowd of “Nowhere to hide today, George”.

The response on social media was swift. Many on Twitter were clearly on the side of child abuse victims and saw Pell as guilty. Some like Lauren Ingram see the committal as vindication of those who have spoken up:

Sending love to all those victims who will be giving evidence. It takes an enormous amount of strength to stand up like this. This trial sends such a strong message to other victims of child sexual abuse. Any of you out there- my DMs are always open. https://t.co/pCRPmzLUtE

However, he was one of only a small number who offered their support online after the news broke.

Not everyone is sure that justice will prevail. This note of cynicism came from Rita El Daghl:

https://t.co/fVHUJBMqAs via @smh After 3+ decades of Church stalling, obfuscation & denigration of victims, the abused (those left alive, that is) will get their day in court – just don't expect justice for the less powerful from our adversarial system.

The trial proceedings could take more than a year. There is speculation about Pell’s future in the church hierarchy, especially how much support he has from Pope Francis (@Pontifex);

A trial could still be a year away. Pell is 76, and will almost certainly remain in Australia indefinitely. Resignation from his Vatican position is likely to accepted by @Pontifex prior to the trial.

However, the 76-year-old’s resignation from his Vatican post may not happen at this stage if this Vatican media release can be taken at face value:

#Vatican says it has “taken note” of the decision to put Cardinal Pell on trial for historic sex offences but stresses his “leave of absence” from a role overseeing Holy See finances “is still in place.” In other words: justice must take its course before judgment. pic.twitter.com/xI9xScfiOj