At the World Cup in Russia this summer, Central Asia will be supporting Mohamed Salah 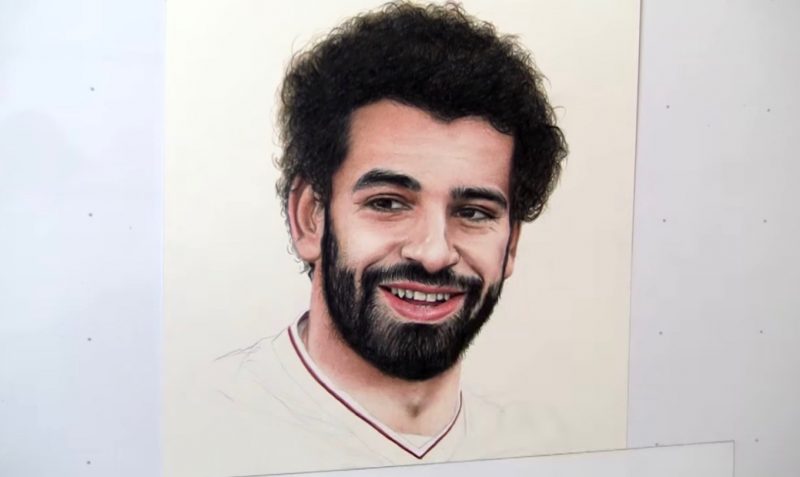 This season, Egyptian footballer Mohamed Salah has been painting ecstasies all over the canvass of football history, and his work is not done yet.

By the end of this week it is likely that Salah's club team, Liverpool, will have booked its place in the final of Europe's most prestigious tournament.

He may also by that point have broken the record for goals scored in a 38-game season of the English Premier League, which he is currently tying with 31 strikes.

Then, when the club season wraps up, there will be the small matter of a World Cup with Egypt.

Football supporters in the ex-Soviet majority-Muslim countries of Central Asia have been with him every step of the way.

Football-themed social media groups in the region were once the scenes of pitch battles between admirers of Argentinian ace Lionel Messi and Portuguese star Cristiano Ronaldo. Not any more.

In addition to his blistering pace and effortless skill, Salah's booming popularity in Central Asia can be explained by his proud identity as a practising Muslim and his generous contributions to charities in Egypt and elsewhere.

At Liverpool, his goalscoring exploits have led to adulation and a popular terrace chant about conversion to Islam. But in contrast to many of his celebrity-dazzled colleagues the world over, Salah comes across as a paragon of humility.

It is precisely his off-field conduct that has been the focus of many discussions in Central Asian Facebook groups.

Every Muslim should be a example of a good behaviour. Salah with his glorious football talent and good behaviour is introducing the real Islam to the world.

In the Football of Tajikistan Facebook group, Mo Salah emerged as the most common answer when members were asked which footballer has the best upbringing and which player they would most like to see win the footballer of the year award.

Even hardcore Ronaldo and Messi fans in the group have said that award should go to  their “Muslim brother” who they celebrate with the refrain “Liverpool with Salah, Salah with Allah”.

But Salah-mania has reached truly incredibly heights in Tajikistan's neighbour, Uzbekistan, where one family named their new-born son after him according to a report by RFE/RL's Uzbek service.

All eyes on Russia this summer

Salah has marked many of his goals this season by falling to the ground in a sajdah to glorify Allah.

But his two goals in the first leg of the Champions League semi-final against his old side Roma proved exceptions. Despite posting one of the most memorable individual performances in the history of Europe's top club competition Salah refused to celebrate against his former club, earning even more praise as a result.

He may do the same on May 6, even if he breaks the Premier League goalscoring record against Chelsea, a club that discarded him after offering him very few first-team opportunities two years ago.

It would be in keeping with an unbelievable season if Salah captured European glory in the Champions League Final at the end of next month. Fans are already anticipating the tantalising prospect of a match pitting him and Liverpool against Ronaldo and Real Madrid.

But for the 25 million Muslims living in Russia, including over four million migrants from Central Asia, Salah's appearance at the World Cup this summer as part of an unfancied Egypt side holds special significance.

There, as in Europe, Islamophobia and attacks on Muslims are growing with each day, spiking after a bombing attributed to extremists in St Petersburg last year stirred fears surrounding security during the tournament.

A bearded man called Mohamed that plays the beautiful game with joy in his heart and a smile on his face might provide the perfect tonic.