Armenian civil society spreads its feathers in #YerevanProtests involving up to 100,000 people 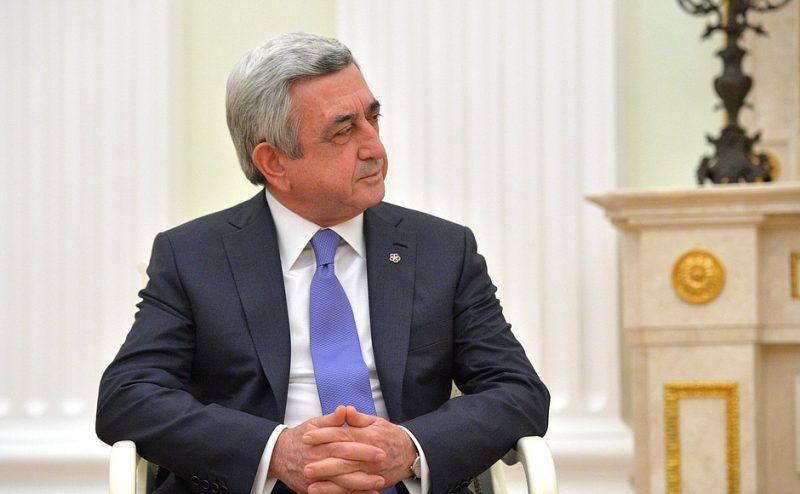 For Armenian Prime Minister Serzh Sargsyan, 10 years in power were not enough, even if many of his fellow citizens had regularly indicated that they had already had their fill of him.

Now, the country's wily, grey schemer-in-chief may finally have met his match as protests swell against his attempt to ease into the PM's chair following two corruption-racked terms in office as president.

It is impossible to underestimate the scale of the protests. Armenia is a country of just over 3 million people. And yet upper estimates of numbers packed into the country's Republic Square exceed 100,000. Their demand is straightforward: they want Sargsyan, who became the country's Prime Minister on April 17 after serving the maximum two terms as president, to disappear from the national political scene.

Protests began before Sargsyan even took office as prime minister. As of late evening April 22, they are still peaking. No protester has been reported as being killed in clashes with police but scores have been injured.

Sargsyan's transition from president to premier was foretold by controversial constitutional changes passed by referendum in 2015 that empowered the PM position specifically. Sargsyan said at that the time he would not be seeking the newly emboldened hot seat of cabinet chief.

Armenia could be facing a very scary night, depending on the reaction of government troops to a rally that continued to grow massively even after an MP and activists identified as the leaders of the protests were arrested on April 22.

Yet much like the protests that followed a proposed electricity tariff hike three years ago, the anti-Sargsyan protests trending under the hashtags #RejectSerzh and #YerevanProtests have testified to the tremendous force of the country's civil society.

Below are some of Global Voices’ favourite tweets from the protests.

Standing tall in the face of adversity

One for the future

I won't be home for tea…

And the Oscar goes… to this man who addressed his wife on live newstream “Ira, I'll be home at 1″.#քայլարա #մերժիսերժին #rejectserj pic.twitter.com/NMcnv7yTFd

For an on-the-ground view of the protests check out this report from Global Voices’ partner EurasiaNet.